A Pea Ridge EMT says the last 10 months they have had a big problem having enough staff to properly service the city. 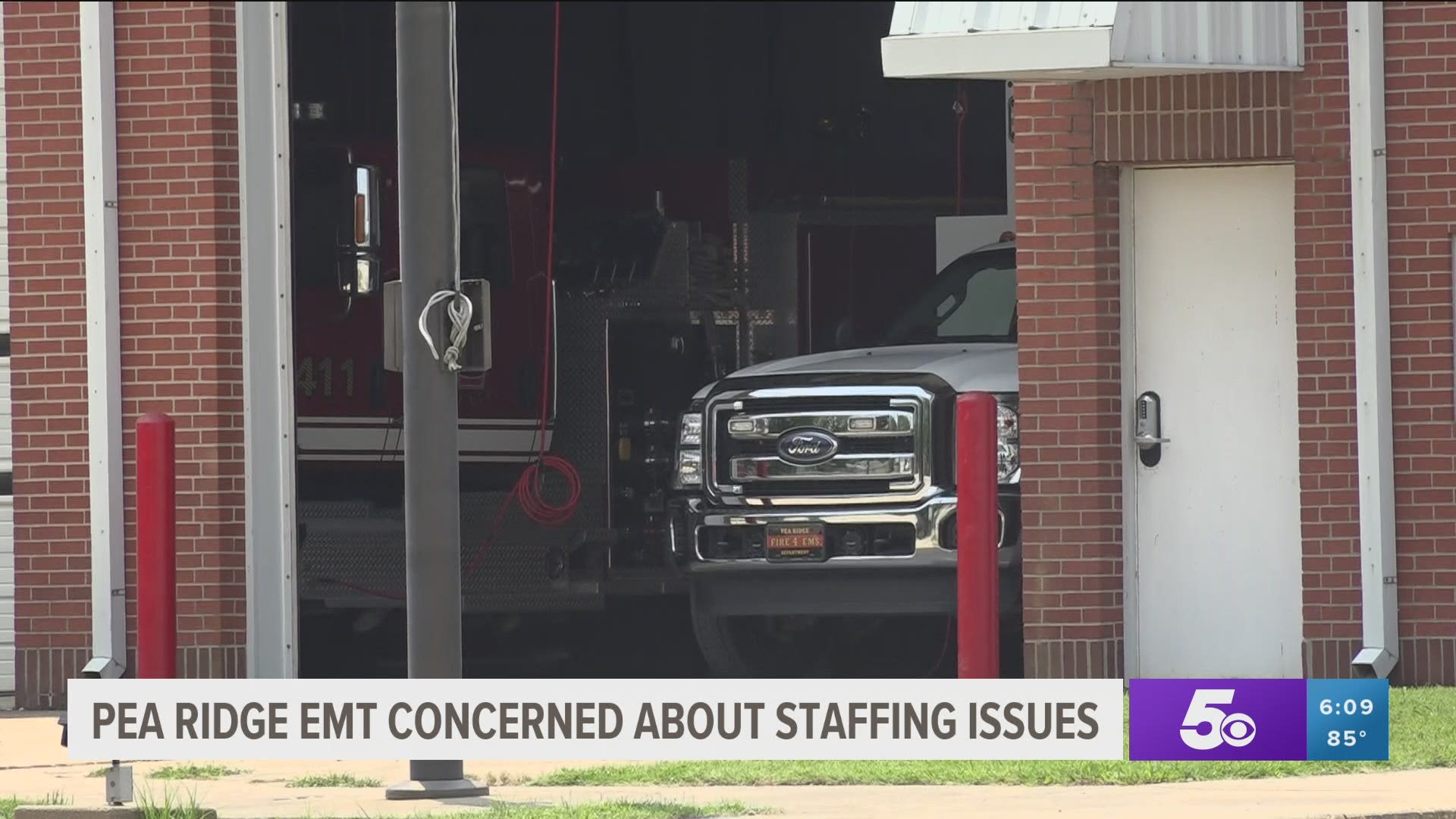 PEA RIDGE, Ark. — The Arkansas Department of Health (ADH) is investigating a complaint brought by a Pea Ridge EMT that the department doesn’t have enough staff to provide ambulance service to the city.

“Over the last 10 months, it’s been a major issue of keeping paramedics around and keeping the ambulance staffed,” Jason Bowman said.

Jason Bowman has been a Pea Ridge volunteer firefighter and EMT for almost eight years and decided to file the complaint with ADH after he felt that nothing was being done. He says to respond to a 911 call properly, there should be a paramedic and EMT in the ambulance, and if there isn’t, another neighboring agency has to respond.

“There’s been a lot of times, it’s been just one person at the station by themselves, not even having a firefighter there or anyone else with them, which puts it at a safety risk, and you aren’t able to run the ambulance," he said. "You aren’t able to effectively do 90% of what we are supposed to do."

Pea Ridge Mayor Jackie Crabtree says there has been a shortage of volunteers, but now more funding allows them to hire three paid paramedics.

On the day Pea Ridge Officer Apple died, Bowman says he was the EMT who responded to the call, and he responded alone but says there was nothing anyone could’ve done for him.

“If in any case there could’ve been something done, he would’ve been waiting. That could’ve been somebody’s mother having a stemi," Bowman said. "Somebody’s father, somebody’s child that needed ALS care, that they would’ve had to wait for an ambulance to come from a different department when Pea Ridge promised that to their people when they took their ALS license."