Parents across Arkansas concerned with kids' grades during virtual learning

Some parents in Arkansas are worried about their kids' grades during virtual learning during the COVID-19 pandemic. 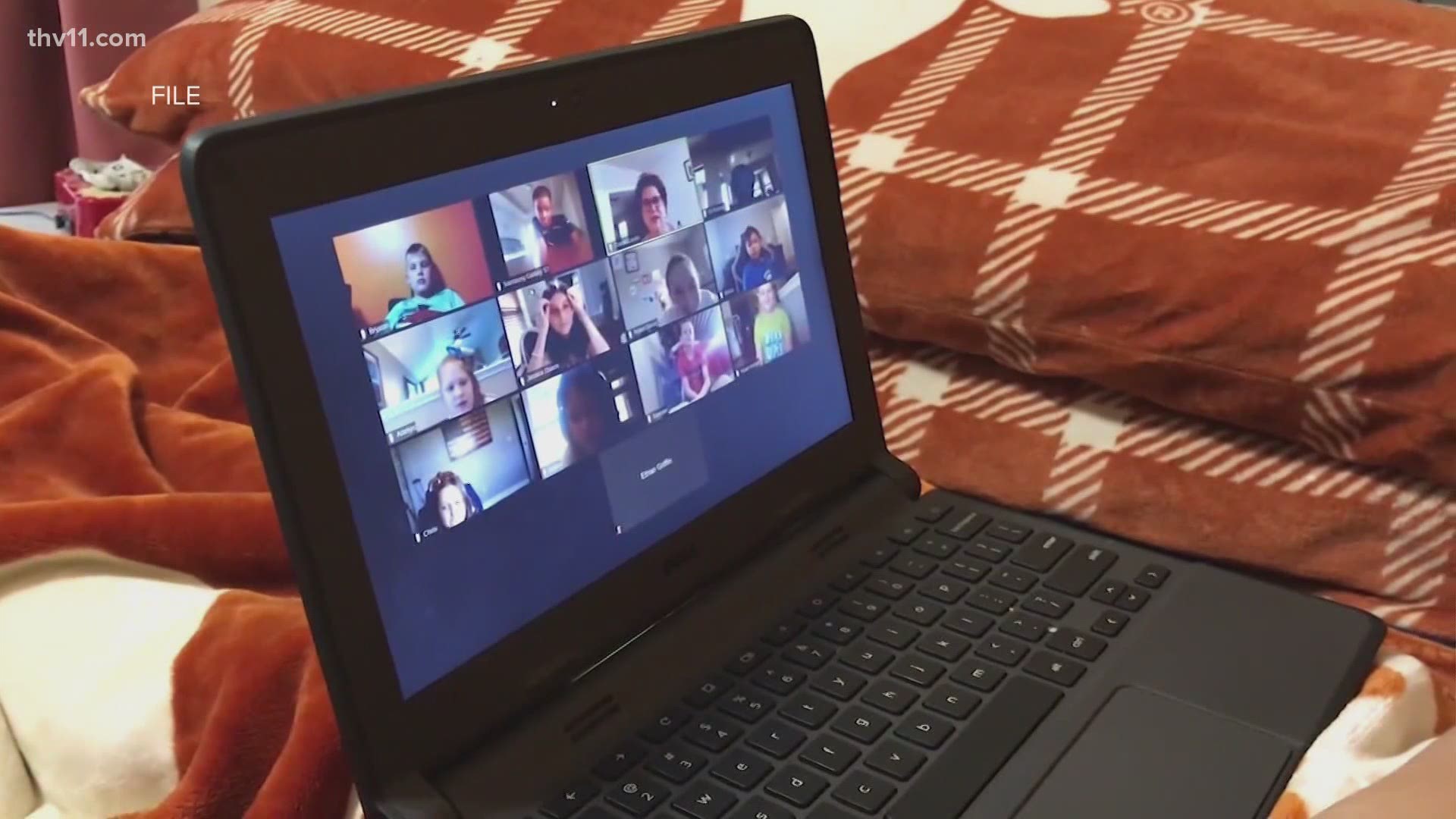 LITTLE ROCK, Ark — We are just about seven weeks into the school year that has been full of monitoring and adjusting for districts across the state.

Recently, some parents whose students are virtual, have noticed a major drop in their kids' grades.

Parents across the state, like Whitney Abernathy, said they're extremely concerned.

Abernathy's 5th grade son has consistently been a straight A student in the Little Rock School District.

"This year he's got every grade there is, literally. He's never experienced that," she said.

But this semester the gifted and talented 10-year-old is feeling discouraged and Little Rock School District Deputy Superintendent of Academics and School Leadership, Jeremy Owoh, said he's not alone.

"We know that our students who are in the virtual learning environment need additional support," he said.

According to Owoh, statistically across the board with virtual and in-person students about 73% have A's and B's while 12% are at the failing mark.

Owoh said on average this is what they saw last year at this time, but with a new change in schedule starting Wednesday, Oct. 7, the district is hopeful some of these parents' concerns will be addressed.

"With the early release our goal is that it will help provide that additional support that our students, all of our students need, as well as, our educators," he said.

This problem of star students struggling with virtual school is not just happening in the central part of the state.

Northwest Arkansas parents, like Brittaney Stockton, are also raising their own concerns.

"It's heartbreaking, as a parent, to see because she's just so frustrated," she said.

"She's overwhelmed because she's getting 20 to 30 assignments like bam, bam, bam," she said.

This overwhelming feeling of not getting the grades they're used to is hitting Tonya Bibrowicz's special needs kids mentally.

Every parent understanding the schools are adjusting and expressing extreme appreciation for those in the classroom.

"I want the teachers to know that we hear you, we see you," Bibrowicz said.