Traffic was stalled for almost 4 hours Tuesday as crews worked to clear the scene on the busy road. 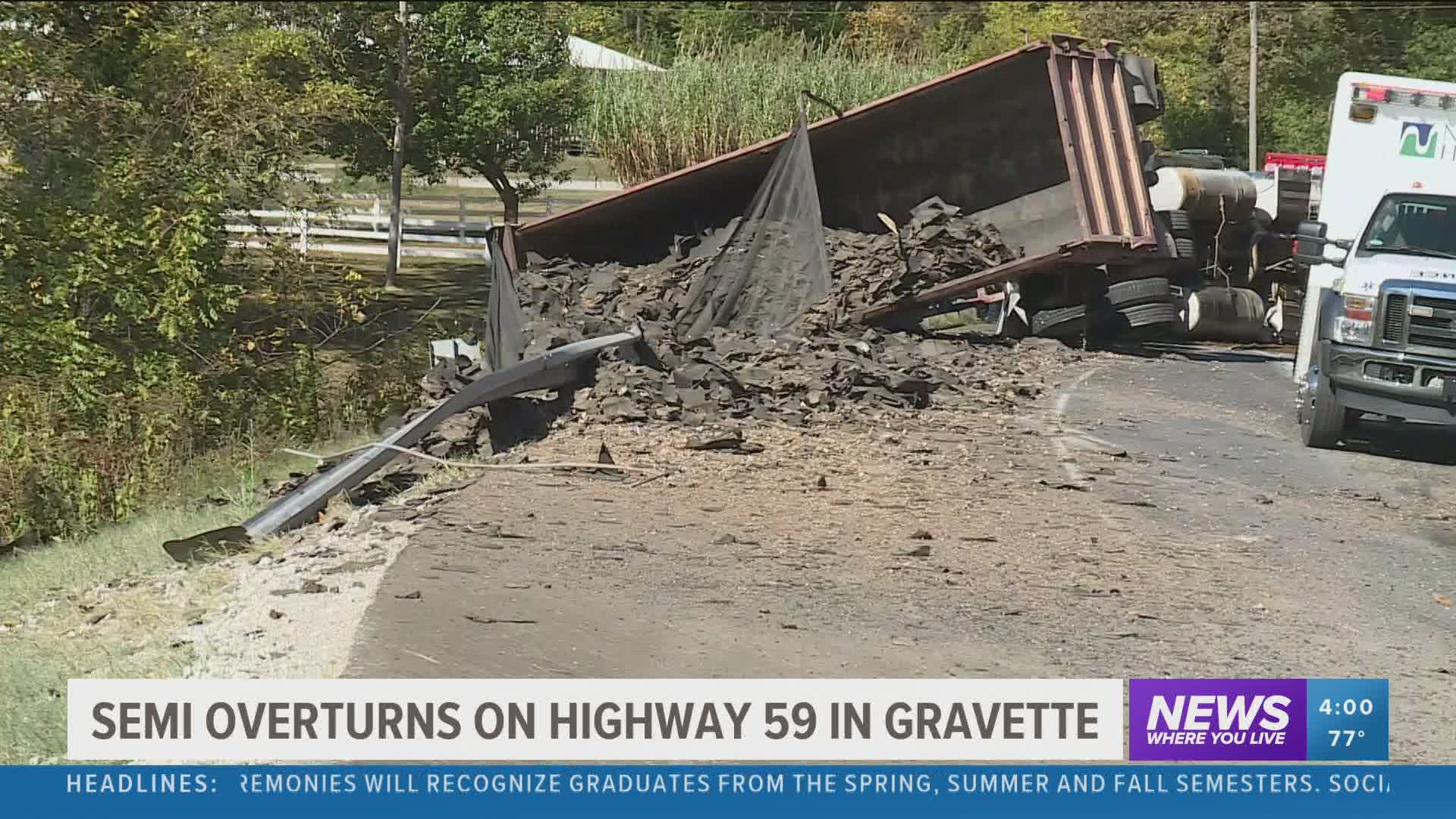 GRAVETTE, Ark. — It was a messy scene on Highway 59 in Gravette Tuesday (Oct. 13) after a semi overturned on the busy road losing its load and blocking all lanes of traffic.

According to the Arkansas Department of Transportation, traffic was closed for almost four hours as crews worked to clean up the scene.

Police confirmed that the accident was not deadly, but possible injuries were reported.

The cause of the accident is still under investigation.

RELATED: Multiple accidents on I-40 brings traffic to a crawl in the River Valley, two deaths reported

RELATED: Two children dead after being hit by tractor-trailer truck on Highway 67