Young Girl In Gentry Saves Her Family From A House Fire

GENTRY, Ark. (KFSM) — After waking up to the smell of smoke, one little girl saved her entire family from a massive house fire. The families 9-year-old daughter... 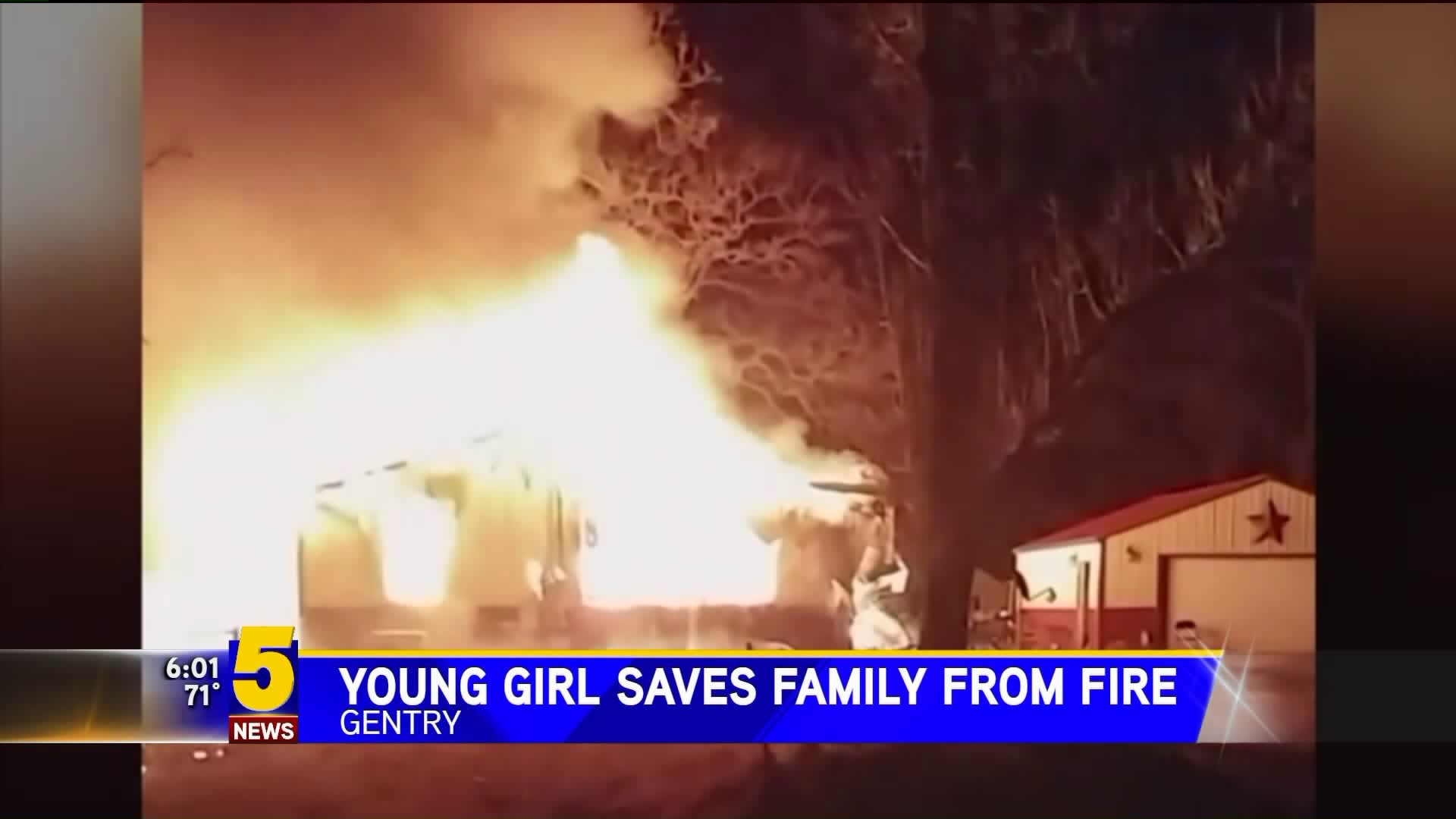 GENTRY, Ark. (KFSM) — After waking up to the smell of smoke, one little girl saved her entire family from a massive house fire.

The families 9-year-old daughter Angelica Killebrew fell asleep on the couch but was awakened after a fire erupted in her home's kitchen.

"I woke up, I smelled fire and I could hear flames. I woke up and then I saw the kitchen and it was on fire so I yelled for my sister. I was like Sophia Sophia wake up," said Angelica.

Her sister Sophia says her little sister Angelica really did save her life.

Their mother was working a night shift, but Angelica, Sophia, their brother and their father all made it out okay.

Initially, the Gentry Fire Department believed the fire had been put out and left the scene with the house still viable, but when the Elzie Killebrew and son returned to collect some of their belongings a few hours later and saw their home in flames.

"We show up to the house again and it was fully engulfed at that point, every window had fire coming out," said Elzie.

The father says it's heartbreaking to see your house engulfed in flames, windows bursting out and there's nothing you can do to save what's inside.

He says the blessing here is that his family is okay.

"We're all safe, my kids are safe, that's all that matters," said Elzie.

He says his daughter Angelica is a real-life angel and hero.

"'I felt good that I saved a lot of people and that everyone is okay," said Angelica.

The Killebrews moved into a temporary home in Siloam Springs but want to rebuild in their hometown of Gentry.

They say they are grateful for the outpouring of support and help from their community.