Thousands of people from around the world are in Northwest Arkansas for Walmart Shareholders’ Week. On Monday (June 1) some of the final international fli... 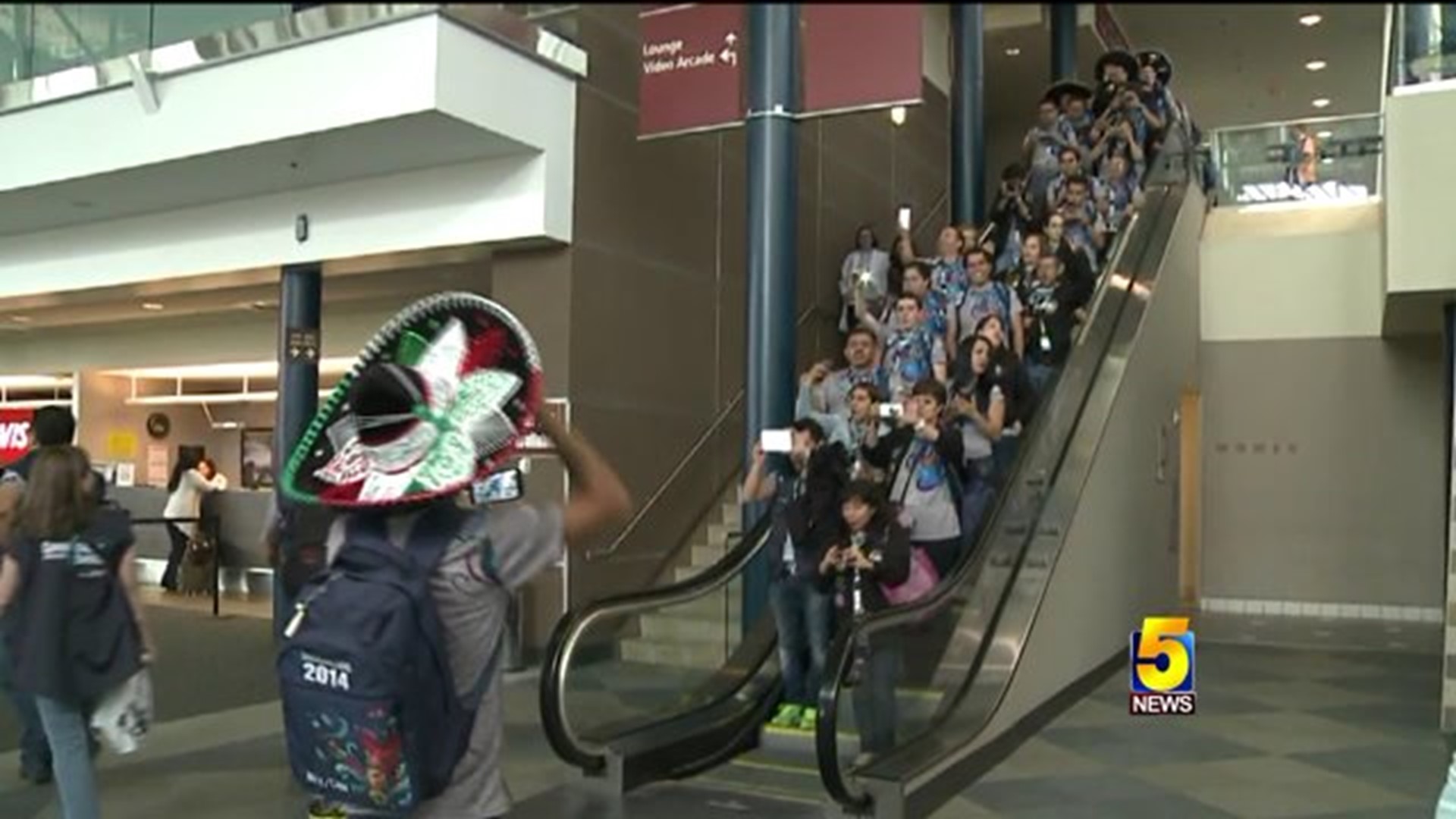 Thousands of people from around the world are in Northwest Arkansas for Walmart Shareholders' Week.

On Monday (June 1) some of the final international flights arrived at the Northwest Arkansas Regional Airport. Those flights were mostly from Mexico and Canada.

Walmart officials said they expect about 15,000 associates to be in Northwest Arkansas this week, which has made for a busy few days for crews at XNA.

"Shareholders is big for us, so is spring break," said Kelly Johnson, Northwest Arkansas Regional Airport Director. "Those are our two peak weeks each year."

Johnson said airport officials met two months ago to coordinate the arrival and departure of Walmart associates. She said the airport sees one of its biggest rushes of the year this week, which means all hands are on deck, plus some extra.

"It only happens once a year, so we tell everybody to put a big smile on your face and put up with it," she said.

Johnson said transportation services at the airport also have been busy. She said rental car companies brought in extra cars and taxi cabs are fully staffed.

Airport representatives also worked with Walmart to make sure shuttles were provided for people flying at specific times.

"We bring them into the airport, and we load them up on a bus," said Mary Sharp, Walmart Director of Global Travel Services. "Each bus holds about 56 people and we transport them to the dorms where they will be staying for the week."

Johnson said the departure lines are expected to be longer than normal on Friday and Saturday this week. She recommends people arrive at the airport an extra thirty minutes early on those days.