HIGHFILL, Ark. (KFSM) — Travelers from Northwest Arkansas will be able to visit the Mile High City easier and cheaper thanks to a new flight service from an air... 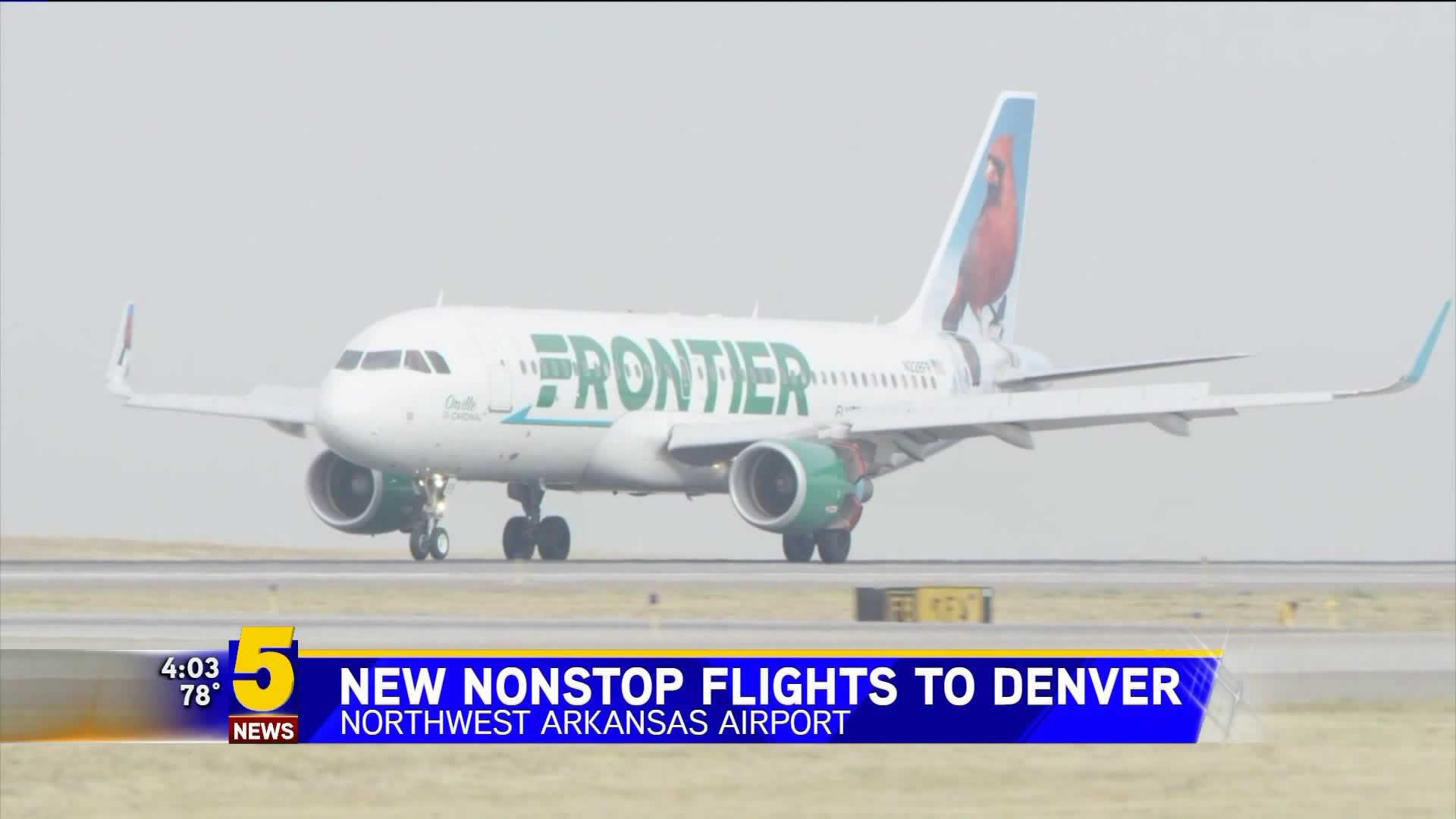 HIGHFILL, Ark. (KFSM) — Travelers from Northwest Arkansas will be able to visit the Mile High City easier and cheaper thanks to a new flight service from an airline that will be new to the region.

The Northwest Arkansas Regional Airport (XNA) will begin offering new direct service to Denver via Frontier Airlines, airport and Frontier officials announced Monday. The service would start at $38.88 one way if purchased by April 10 for service July 9-Nov. 13.

It will be the first service for Frontier Airlines out of XNA.

Jonathan Neild, senior manager of network planning for Frontier Airlines, said the airline will be "the new low-cost airline in your community." He said while they will aim for the business community, they will also provide "an affordable experience, but also a friendly, reliable experience" for all travelers in the region.

Frontier offers several discount programs, including "kids fly free," where a child can fly free with each adult booked on the flight, he said.

Kelly Johnson, COO (Chief Operating Officer) of XNA, said the process to bring Frontier Airlines to the region has been a long one.

"I didn't have gray hair when I started talking to Frontier Airlines," she joked. But she said the effort has been and will be worth it.

Johnson said the deal was made in part thanks to help from the Northwest Arkansas Council, which worked with the airport and Frontier to seal the deal by pointing out the advantages to bring the new service to Northwest Arkansas.

"It's the community and the region that wants Frontier here," she said.

Neild said they were looking at other options for future service, though he wouldn't specify the options. But

"The better Denver does, the faster we will be rolling out more cities in the future," he said.

The flights will be on an Airbus A320, which seats about 186 passengers. The service will run on Tuesdays, Thursdays and Sundays as a seasonal flight, he said.

Service starts June 27, and tickets are on sale now at flyfrontier.com.