BELLA VISTA (KFSM) — Crews are working to extinguish an underground fire at a former stump dump in Bella Vista, with officials estimating the fire should be out... 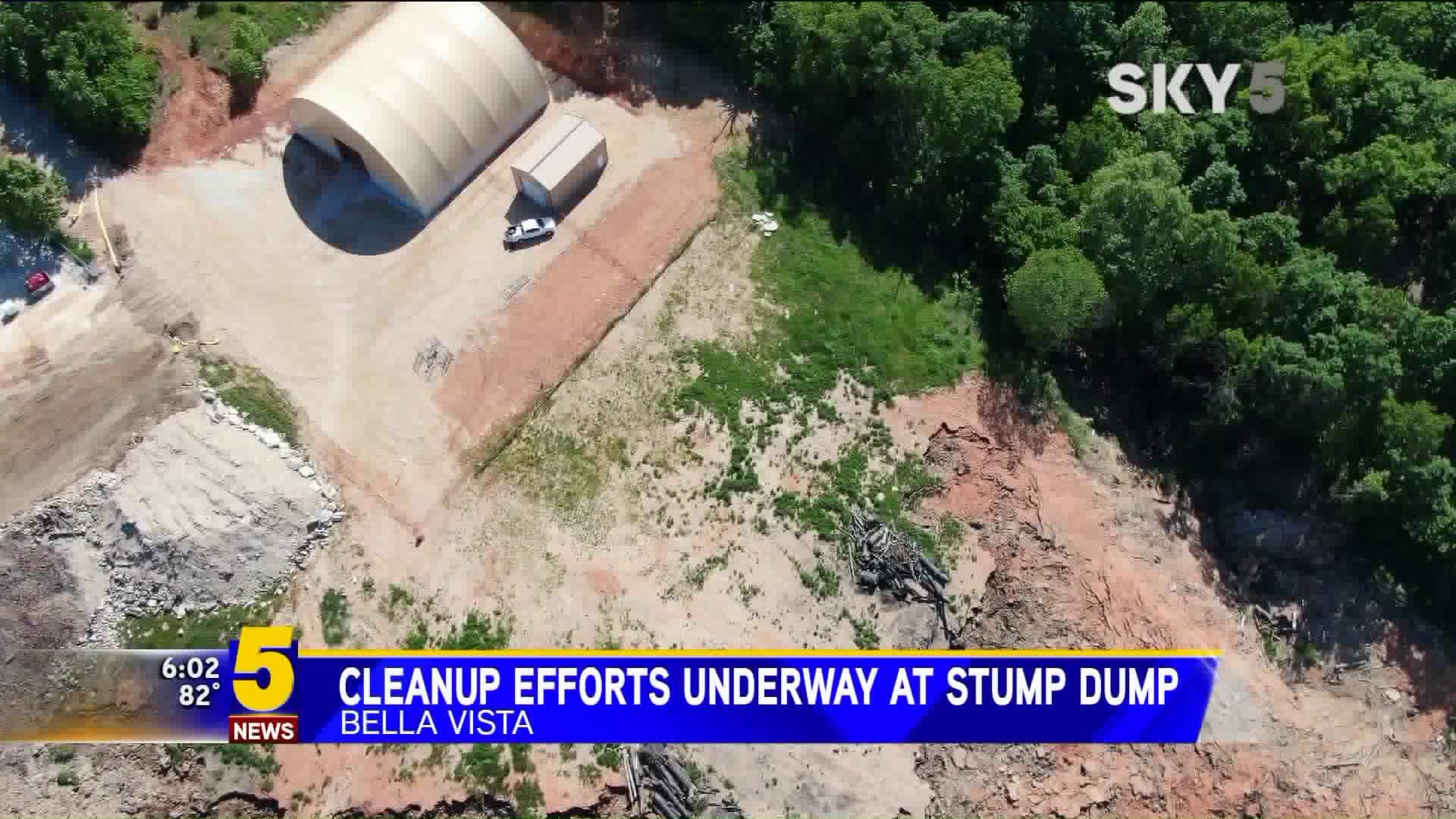 BELLA VISTA (KFSM) — Crews are working to extinguish an underground fire at a former stump dump in Bella Vista, with officials estimating the fire should be out by early June.

E-3 Environmental, an environmental engineering firm based in Clinton, Miss., said Wednesday (May 15) it expects prep work to take two or three days before firefighting operations start Saturday (May 18).

"(E-3 anticipates) the first day or two of firefighting to be experimental days with relatively limited operations as we move into the landfill and begin exposing burning debris and simultaneously extinguishing it," according to a statement from the company.

"This day or two of limited operations will give us a good idea of smoke and particulate generation and allow air monitoring data to give us an idea of just how aggressive we can attack the fire."

The Bella Vista Property Owners Association, which earlier this month took over extinguishing the long-burning site on Trafalgar Road, believes the project will cost about $4 million -- significantly less than initial estimates of $20 million.

The former stump dump has been smoking since July 2018 when debris underground caught fire -- likely sparked by a pile of burning brush -- and caused smoke from underground to billow up into the air.

The plan calls for excavating the burning material and either destroying it via trench burn while sorting inorganic and other potentially hazardous waste for processing.

Tom Judson, the POA's chief operating officer, has cautioned that the smoke around the site likely will "get worse before it gets better."

"Potentially, the smoke can be -- when we're putting it out -- worse than we have seen to date," Judson said.

"We want to make sure our residents are aware of that. When you're removing that material, opening it up, all that oxygen is going to go in there. The fire is going to flare up, and it's going to generate more smoke."

The POA's timeline gives a tentative deadline of June 13, with site stabilization to follow "ASAP" after the fire is extinguished, according to an agreement between the POA and the Arkansas Department of Environmental Quality (ADEQ).

Under the agreement, ADEQ can grant extensions but must be notified about any delays.

Data collected by the Arkansas Department of Health (ADH) from ADEQ monitors near the fire showed the air quality has been primarily in the "good" category for April and May.

Plans for the project and daily updates can be found on the POA's website.

The stump dump was leased by the POA from 2008 to 2016. Brown’s Tree Care currently owns the property.

It was intended to be used as a collection area for residents’ stumps, brush and leaves. The POA closed the stump dump down in 2016 after it reached capacity.

The POA is a defendant in a lawsuit that accuses several Bella Vista entities of operating an illegal dump at the site and negligently endangering residents' health and safety.

Frank Bailey filed the lawsuit last fall on behalf of Curtis Macomber and his family. Macomber alleges the fire is a health hazard, saying that smoke wafted from the site onto his land.

The suit seeks unspecified compensatory damages for pain and suffering, as well as punitive damages to deter "reckless conduct in the future," according to court documents.

Other defendants include Brown's Tree Care, Blue Mountain Storage and Cooper Communities -- which developed Bella Vista in the 1960s as a retirement destination.