GREENWOOD (KFSM)- Jessica Sterling, 23, is in custody after she stole a Greenwood Police Department patrol car Tuesday (June 16) and crashed into a gas well, ac... 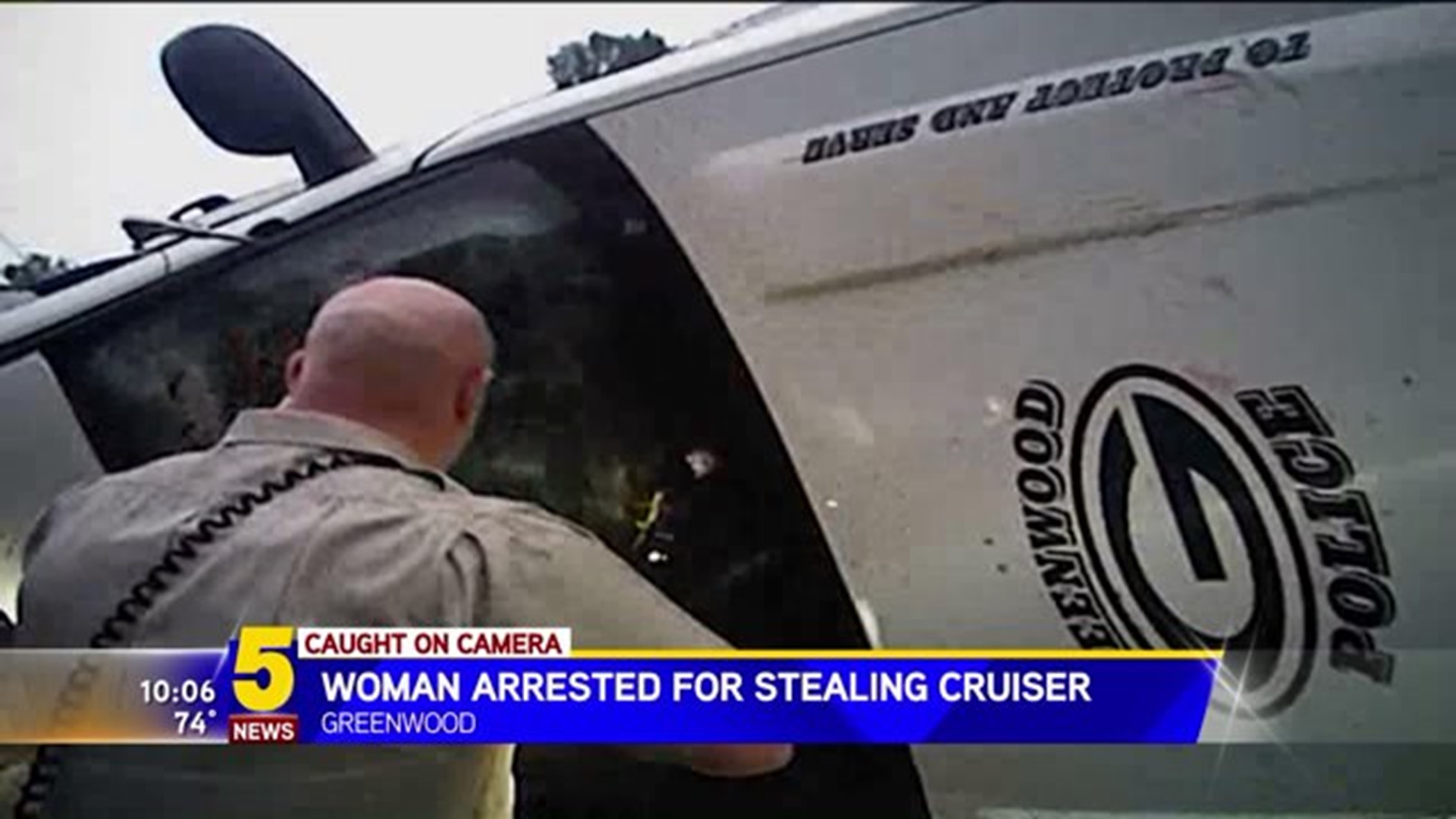 Police shut down a portion of Long Ridge Road following the crash and said it'll be blocked off until the gas well is shut off and the wreck is cleaned up. Gas was leaking, but no one was in danger or evacuated, police said.

According to Greenwood Police Chief Will Dawson, his officers were called to a domestic dispute on Dogwood Street where Sterling fled in her own car taking police on a high-speed chase. Officers stopped the suspect after she crashed into a fence on South Coker Street and had to secure her wrists behind her back because she was being aggressive, Dawson said.

While she was in the back of the patrol car, Sterling attempted to break out of a rear window and officers then secured her wrists behind her back, as well as using leg irons and a hobble. While officers inspected Sterling's vehicle, she removed the hobble, transitioned the cuffs from the back to the front of her and was able to slide open the partition window and climb to the front of the car. She then sped off in the officer's vehicle and eventually crashed into a gas well on Long Ridge Road overturning the car and setting off a gas leak, according to Dawson.

Dawson said she traveled a total of about four miles in the vehicle.

When officers arrived on the scene of the second crash, Sterling was attempting to get an assault rifle out of a locked gun box, Dawson said.