Woman Speaks Out After House Damaged During Explosion, Fire In Fort Smith

FORT SMITH, Ark. (KFSM) — A massive fire caused by an explosion has destroyed one home and damaged another on Alabama Ave. in Fort Smith. 5NEWS spoke with one o... 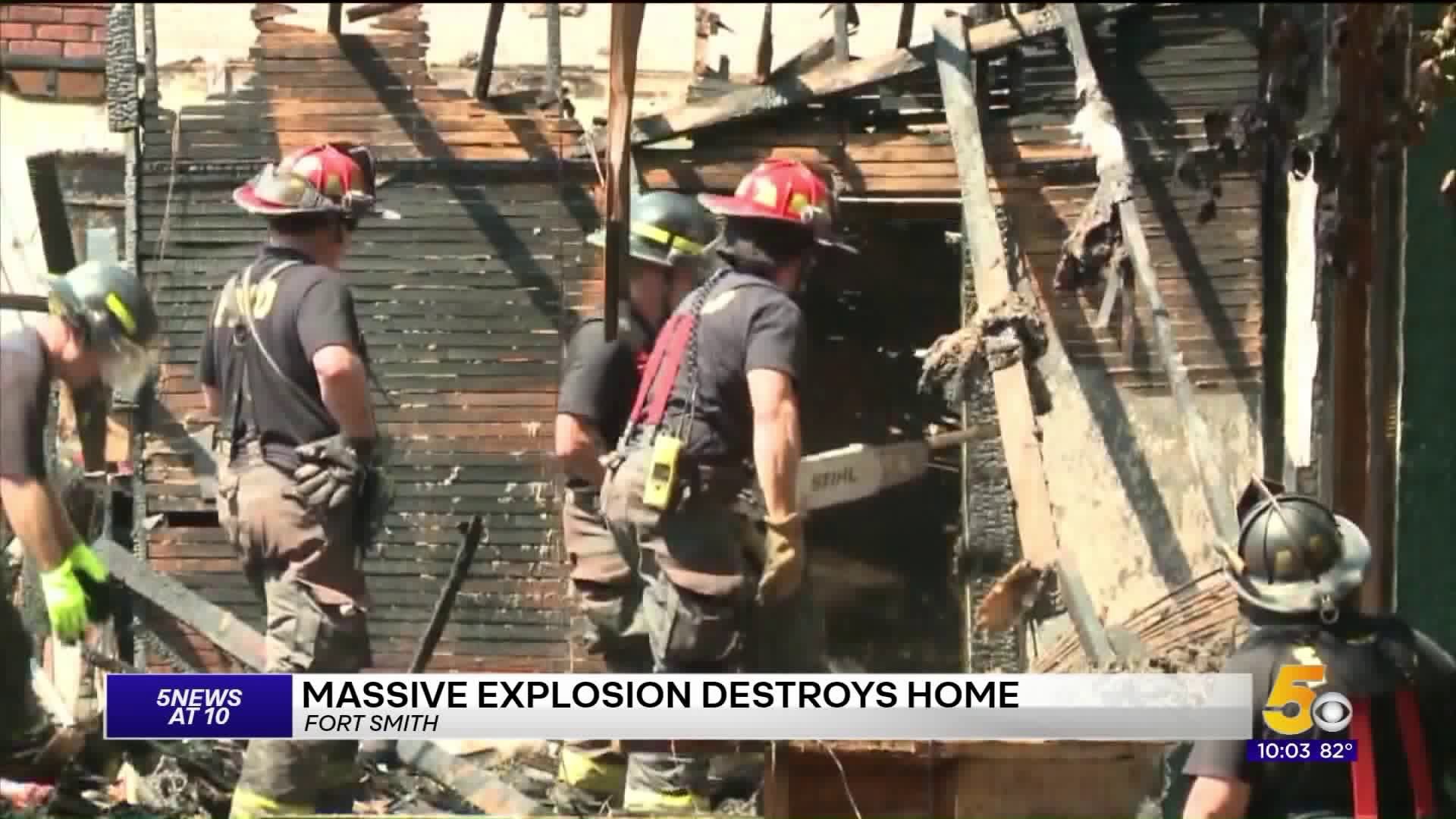 FORT SMITH, Ark. (KFSM) — A massive fire caused by an explosion has destroyed one home and damaged another on Alabama Ave. in Fort Smith.

5NEWS spoke with one of the homeowners about what happened.

Gale French says she's thankful she wasn't home during the time of the explosion and she found out what happened through a phone call with a friend.

French says as soon as she found out she jumped into her car and pulled up to her home and saw that the fire was out but the side of her home was melted.

"Well I was stunned, I was shocked, I was sick, I was just thankful that it didn’t burn my house," French said.

French answered a phone call from a friend but this conversation is one she’s never experienced before.

"She said 'I've got some disturbing news.' She 'said are you sitting down?' She said 'I’ll even come and be with you if you need me to' and I really did not know what she was talking about," French said.

Melted siding, busted windows and shattered glass was the worst of the damage to her home.

"There’s broken glass all over the floor and the whole facing for the windows was pulled out. The firemen talked to me about the fact that was from the explosion pushing everything into my house," French said.

She says everyone on the block has a tight-knit relationship and they all watch out for each other.

The home next to French's is a total loss. She says she spoke with that homeowner less than 24 hours ago.

"He called me, I talked with Bruce between 5 and 6 o’clock last night. He asked me to look over and watch over the house and get the mail for them. They’d be gone about a week," French said.

She says she owes it all to the first responders who put out the fire so quickly.

"I’ll tell you what, those guys were amazing," French said. "Apparently, they put the fire out pretty quick and that they were able to do what they did. Of course, Bruce and Tracy’s house is a total loss but because of what they did it saved my house."

French says she was about to start remodeling her home, but she's grateful it is still up and standing.

Firefighters say they are still investigating the exact cause of the explosion, but they do believe it was a gas leak at this time.