SALLISAW, Okla. (KFSM) — A woman was arrested Thursday (Sept. 19) in Sallisaw after she was caught smoking a marijuana joint while driving a U-Haul, which was l... 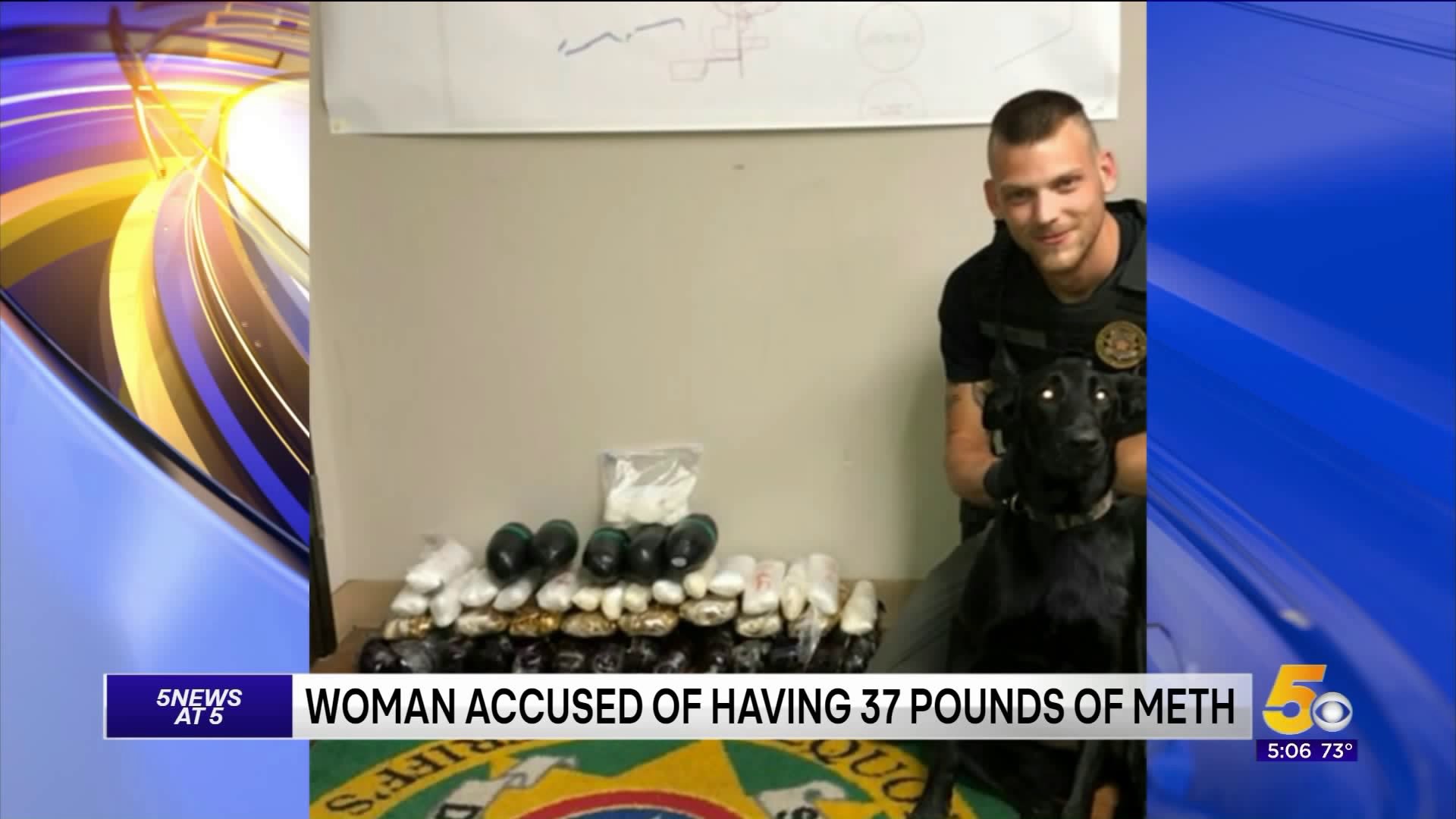 SALLISAW, Okla. (KFSM) — A woman was arrested Thursday (Sept. 19) in Sallisaw after she was caught smoking a marijuana joint while driving a U-Haul, which was loaded with 37 pounds of meth.

Deputy Colton Goff with the Sequoyah County Sheriff's Office saw the U-Haul truck fail to signal as it turned across two lanes of traffic into the Diamond Express convenience store on S. Kerr Blvd.

Goff made a traffic stop on the vehicle and upon making contact with the driver, he immediately smelled a strong odor of burning marijuana.

The driver, Takila Carpenter, admitted she was smoking a joint and offered to give Goff the remainder of the hand-rolled cigarette as well as the marijuana she had.

Carpenter refused to allow Goff to search the vehicle, so he detained her and deployed his K9 Rae who gave a positive alert for the presence of narcotics.

Upon searching the U-Haul, Goff found two duffle bags in the front seat and floorboard which contained about 37 pounds of methamphetamine. Carpenter was arrested for aggravated trafficking of CDS and is being held without bond.

“I’m proud of Deputy Goff, he did a great job as always, he is a very professional and proactive deputy and has made several large seizures of drugs, money, and guns, the street value of this meth load was approximately one million dollars," Sheriff Larry Lane said.

According to the Sequoyah County Sheriff's Office, it has four certified K9 units that have a combined taken 100 pounds of meth, several pounds of cocaine, heroin and marijuana off the streets, as well as nearly $1 million in cash this year alone.

"Our K9 units assist all of the local law enforcement agencies in our county, Roland PD is the only other department that has a K9, so we are regularly called to run the dog for the other departments that don’t currently have K9 units," Lane said.

Sheriff Lane went on to say that “All four of our dogs are less than 4 years old and two of the four dogs were donated to us, so we saved a lot of money there, we were able to get the dogs trained an certified at very little cost to the Sheriff’s Office. Our K9 units also assist all of the county schools and several local businesses when they call us to check for narcotics or weapons."