Wister police arrested a man over the weekend after officers say he rammed a covered wagon into a patrol car. Keith Woolery was charged with public intoxication... 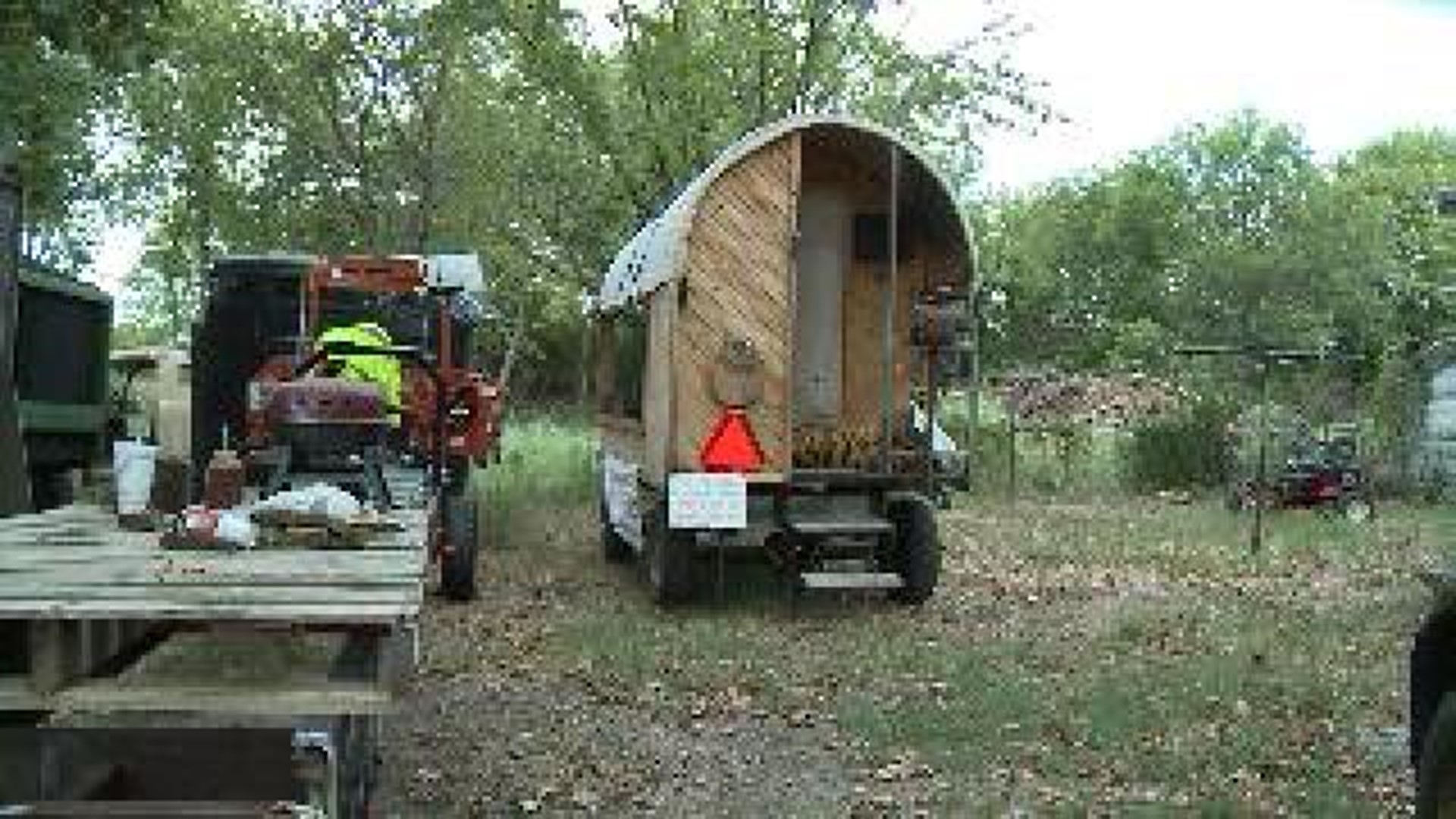 Wister police arrested a man over the weekend after officers say he rammed a covered wagon into a patrol car. Keith Woolery was charged with public intoxication and assault and battery with a deadly weapon on a police officer.

Most rely on cars to get around. Woolery oftentimes depends on his mules and a covered wagon. “I don’t usually have problems out of them. It’s just when they get spooked they do get sideways a little bit,” said Woolery.

Saturday night Wister police arrested Woolery after they say he ran from them in the wagon and rammed a patrol car. The department refused to talk on camera about the arrest, but allowed us to get video of the damage to the car.

Investigators say Woolery smelled like alcohol when they stopped him. “They did not find any open containers in my vehicle, nothing. We’d had some beers on the way from Heavener, but as far as being public intox, no,” said Woolery.

According to a police report, Woolery allegedly rammed the police car three times with his covered wagon. Woolery told 5NEWS his mules got spooked. “They shouldn’t have parked that close and they shouldn’t have been trying to ram a mules head on with another car with lights and sirens going,” said Woolery.

Investigators claim Woolery refused to get out of the wagon. Police say the suspect made the mules go faster. 5NEWS asked Woolery if he was running from the police. He responded, “No, I was trying to stop the mules.”

According to a police report, an officer tased Woolery to get him in handcuffs.

Woolery says he has brakes on the covered wagon. He said, “We can half way brake it, but we can’t just shut everything down. If we do they start skidding the tires. It don’t do no good. They just keep going. The harder it is for them to pull the more they pull.”

Police say the suspect was not charged with driving while intoxicated because he was not driving a motorized vehicle.