Cold temperatures and leftover snow and ice continue to cause delays for drivers across the area Tuesday. Northwest Arkansas and the River Valley remain signifi... 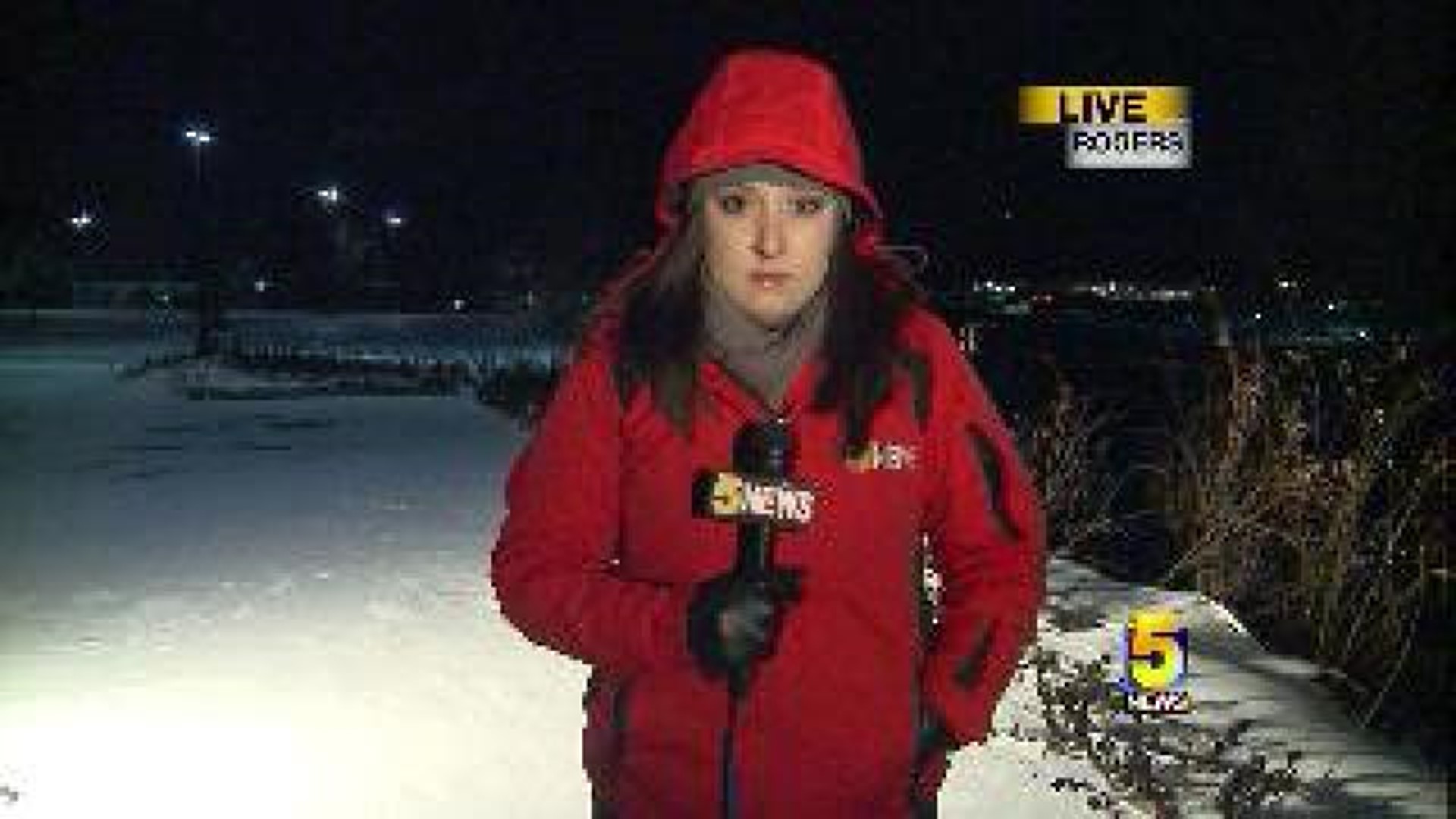 Cold temperatures and leftover snow and ice continue to cause delays for drivers across the area Tuesday.

Several highways and interstates still continue to have patchy ice and snow, while Arkansas State Police warn drivers to watch out for black ice as they make their morning commute. The winter weather can also be dangerous for car batteries, so drivers are encouraged to allow extra time in the event they have to jump-start a vehicle.

Many flights out of XNA and Fort Smith Regional Airport were cancelled early Tuesday as well.

15 flights were canceled or delayed out of XNA, two at Fort Smith Regional Airport.  While XNA's runway is clear many connecting airports such as New York, Detroit, and Chicago remain buried under snow and ice leaving planes unable to land at those facilities.

You can find a complete list of Weather and Construction Related Traffic Delays Below:

Highway 45: Parts of the highway in Madison County have been reported to have patchy ice and snow. Some highway and interstate exit ramps are also reported to be slick.

Highway 127, near 412 East: Patchy ice and snow have been reported.  Drivers should use caution due to slick conditions.

Interstate 540: The roadway is mostly clear, but drivers are warned to watch for patchy and black ice, especially on bridges and overpasses.  Some highway and interstate exit ramps are also reported to be slick.

River Valley:No slick spots reported due to ice.  Drivers are urged to allow extra time to allow vehicles to defrost or allow additional time in the event of vehicle battery problems.

Hwy. 265- Delays are expected while crews widen portions of Hwy. 265 from E. Joyce Blvd in Fayetteville to the Hwy. 412 exit in Springdale.  This project is expected to be completed in early 2014.

Springdale- Delays are expected near the Wagon Wheel exit of Interstate 540 due to an ongoing Hwy. improvement project.  The purpose of this project is to widen 2.5 miles of Interstate 540 to three lanes in Benton County.

Prairie Grove- Portions of the Hwy. 62 bypass will see delays while crews work on construct east and west connections.  This project will be completed in Mid 2014.

Bella Vista Bypass- Delays are expected on Hwy. 72 due to a highway land widening project.  This construction is expected to conclude in early 2014.

Centerton- Delays are expected near Greenhouse Road on Hwy. 102B while crews widen nearly two miles of the highway.

I-540- Slowdowns are frequently expected from Van Buren to Fort Smith due to an ongoing highway improvement project.

Hwy. 71-Hwy. 22- Delays are expected on this 5.8 mile stretch while crews work to pave Hwy. 71 near Fort Chaffee south of Van Buren in Sebastian County.  This project will be completed in mid-2014.

Van Buren- Drivers should use caution driving on Rena Road due to construction.