Fayetteville firefighters were fitted for their new wildland fire gear Tuesday (Jan. 23) that’s set to arrive in about 45 days. The gear would help them f... 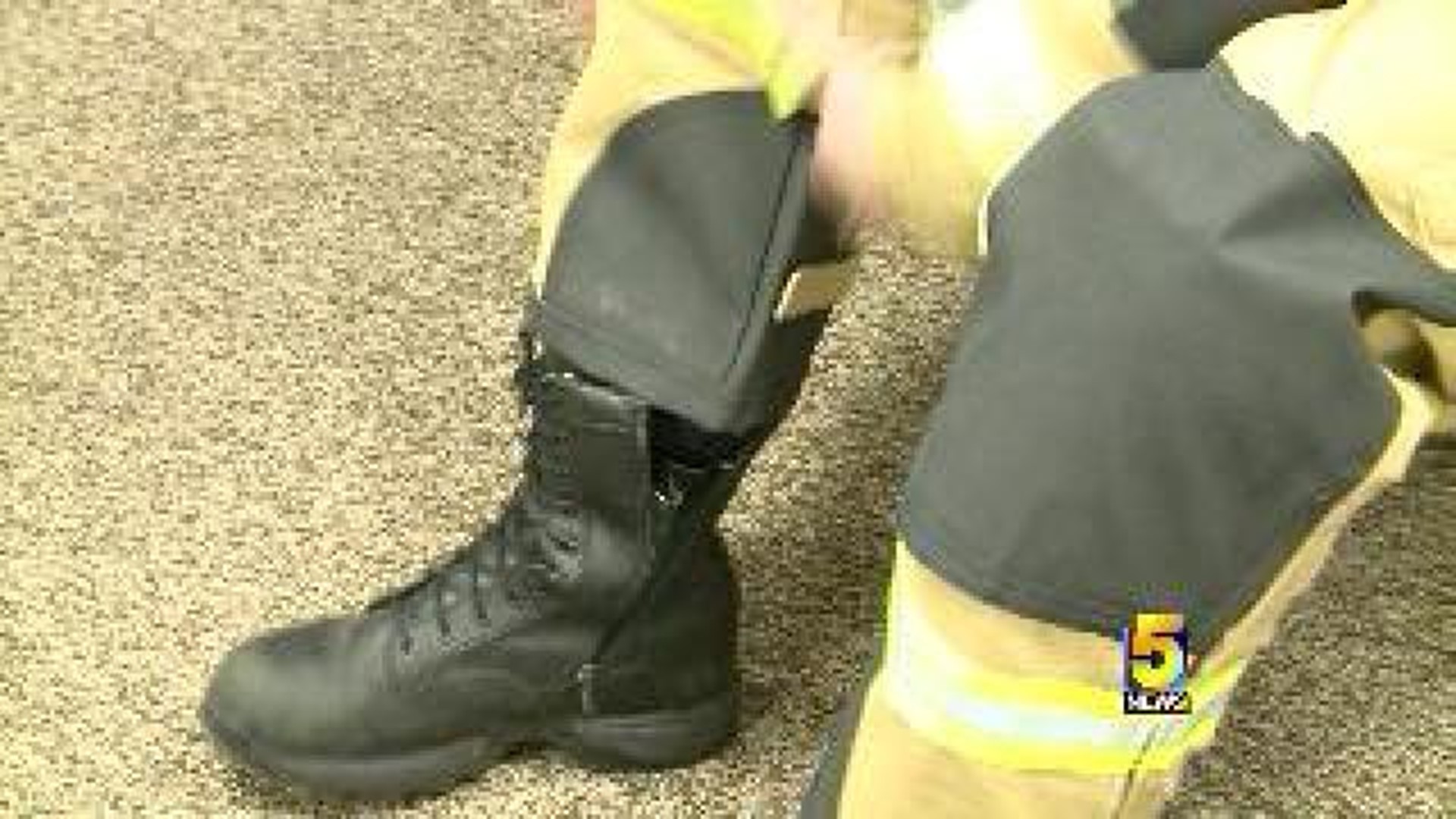 The gear would help them fight grass and brush fires faster and more efficiently. Twenty eight counties in Arkansas are under a burn ban, which has raised the danger level for wildfires.

The Arkansas Forestry Commission strongly advises against any outdoor burning. Most of the state is at risk because there is low humidity and high winds.

One hundred and ten firefighters will be getting wildland fire gear.

"I wish we had had it for the last several years so it's something we've needed for a long time," said Fire Chief David Dayringer.

The gear is a lot lighter than their bunker gear they use to fight structural fires, which weighs about 50 pounds.

"They are going to be able to last longer while they are fighting the fire and it just saves on the wear and tear of the body where the gear breaths better," said Scott Jones, emergency vehicle specialist.

Jones said the the wildland fire gear is a lot cheaper than the current equipment.

"The gear is about a third of the price of bunker gear so they can save money if this gear tears up," Jones said.

"Six wheelers that have a water tank, a water pump and a hose. So the guys can go off road and off the trails and fight brush fires with them," Dayringer said.

The Fayetteville Fire Department is purchasing its wildland fire gear through a FEMA grant with the help from the city. FEMA will pay $150,920 and the city of Fayetteville will pay $30,184.