(KFSM) — For the first time the wife of a Van Buren man who was shocked in the Bricktown Canal is speaking out about his injuries, and his incredible reco... 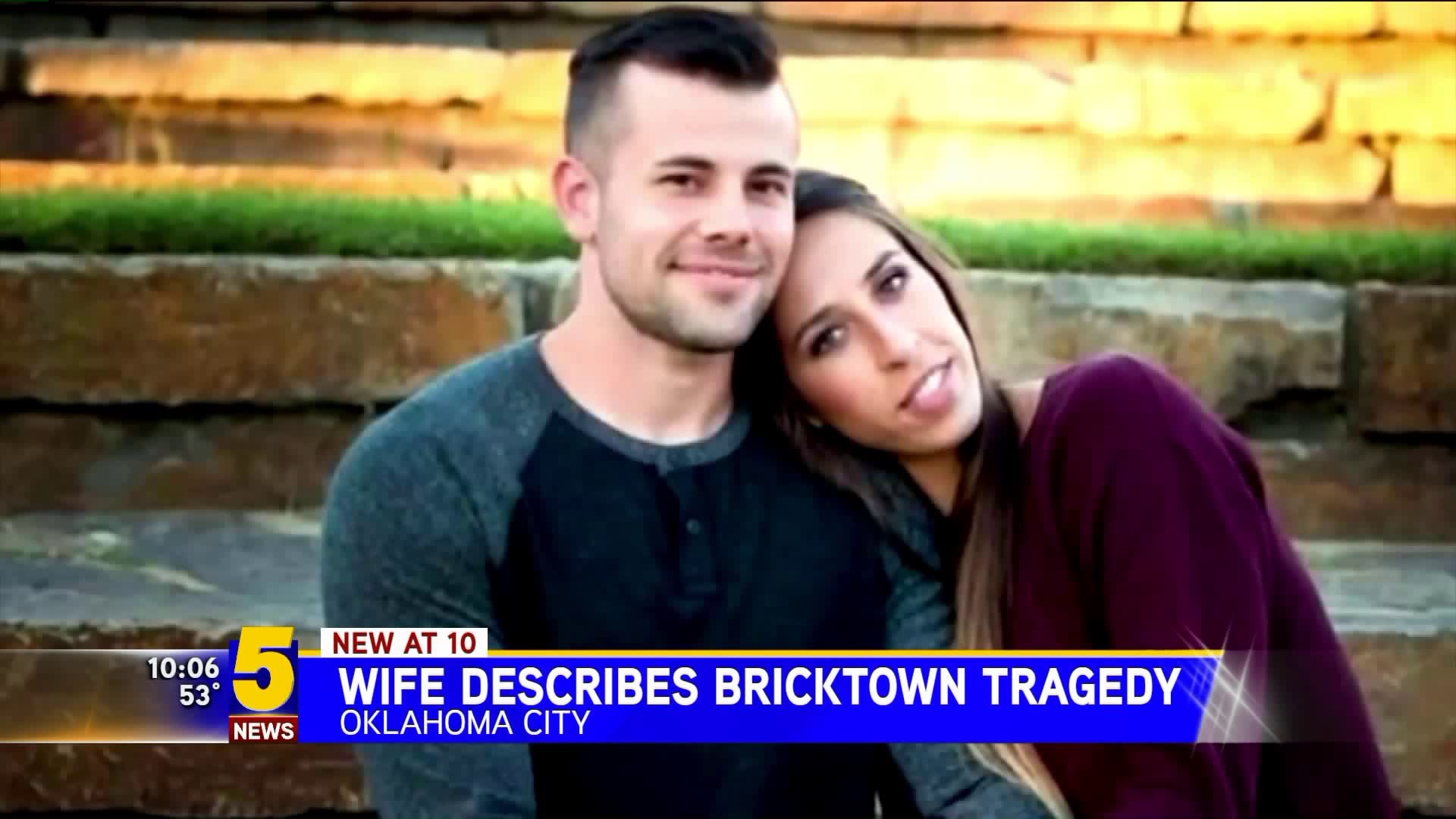 (KFSM) -- For the first time the wife of a Van Buren man who was shocked in the Bricktown Canal is speaking out about his injuries, and his incredible recovery.

Taylor Gann says the past month has been like living in a nightmare after her husband, Brandon Gann, was nearly electrocuted while trying to rescue another man who fell into the Bricktown Canal in Oklahoma City.

Taylor and Brandon had been married less than 24 hours before the accident happened in late September. The two were on their way to their honeymoon.

"I'm standing on the side close to the canal. Brandon's standing on my left and we hear like a splash and a scream and an 'oh my god help,'" Taylor said.

The cries for help were from Wesley Seely, who had fallen into the canal and was electrocuted by a light right by the water. Brandon jumped in to help Wesley, but was shocked too, and stayed underwater for several minutes.

"They pulled him up, and he was lifeless," says Taylor.

Brandon was in a coma for several days.

"You have to make decisions in a hospital that are life or death decisions, and that's the first time you sign your name with your new last name. It's awful."

Brandon says he can't remember the past few months, including the canal tragedy or his wedding to Taylor.

"We were supposed to have people say congratulation on getting married and how was the trip? And now instead, they say how's his brain? How's his heart?"

Taylor and Brandon have questions of their own. They are now working with a lawyer to access surveillance video of that night to help bring the memories back.

"He's really been pressing to see it because he wants to know what happened and he needs to fill that void."

Taylor said she is going through her own psychological journey. As Brandon recovers physically, his wife says she's healing from the trauma of what she saw.

The attorney for Taylor and Brandon is working on a possible lawsuit. The family of the man who was electrocuted also have a lawyer.