Wife Of Greenwood Coach Gives Update On His Condition

GREENWOOD (KFSM) — Greenwood head track and field coach and assistant football offensive line coach Brian Sims was admitted to the hospital in May when fa... 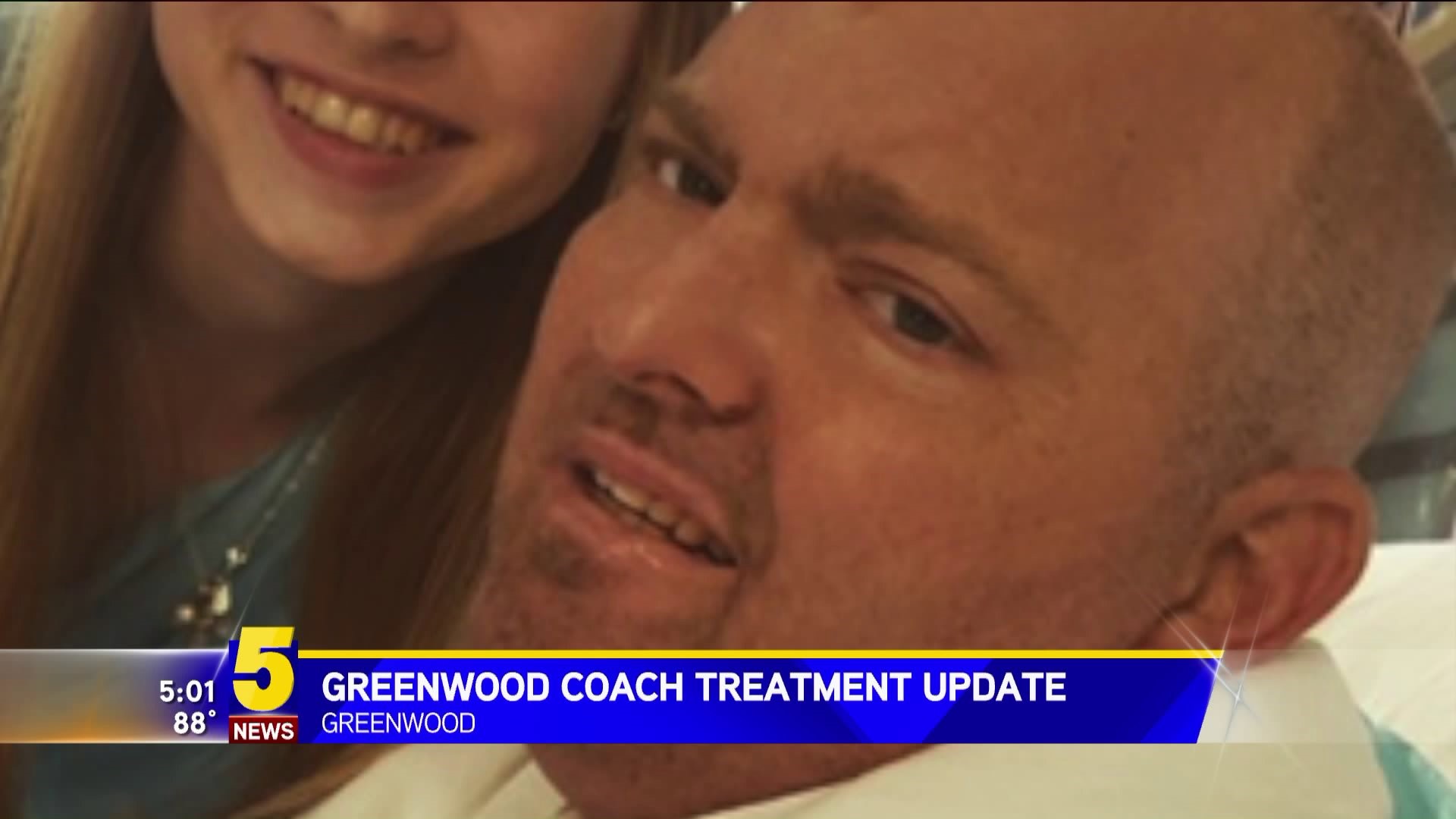 GREENWOOD (KFSM) -- Greenwood head track and field coach and assistant football offensive line coach Brian Sims was admitted to the hospital in May when family members said he had symptoms similar to that of poison ivy.

Once in front of doctors, Sim was diagnosed with a rare skin disorder called Stevens-Johnson Syndrome.

Coach Sims has been fighting for his life since he was admitted to the hospital in May.

His wife Belinda Sims said her husband has been in the intensive care unit longer than any other patient at Hillcrest Burn Unit in Tulsa.

As of June 21, Belinda Sims said her husband is still in the ICU unit and recovering.

"He has a GI bleed and an infection, which has put him back in the ICU," she said. "He's been here for seven additional days now. We came to Hillcrest on May 3. We're at almost two months. He was in the progressive unit, which is a step down from the ICU for about seven days and he developed this GI bleed. I am waiting to talk to the GI doctor to get a little more information."

"He hasn't had to have as many units of blood since we first got over here. It seems to make him feel better and his hemoglobin levels are good today. His physical therapist and occupational therapist had him up walking around. He's starting to get stronger. His wounds from SGS and TENS are down to below 10 percent. They look great in comparison to what they looked like two days ago. It's pretty amazing. Most of the doctors and nurses will tell you he's a miracle. The prayers and everyone supporting us has been, we feel strongly that's what has got him to this point because we almost lost him four times. He's getting better, it's just going to be a long rehab."