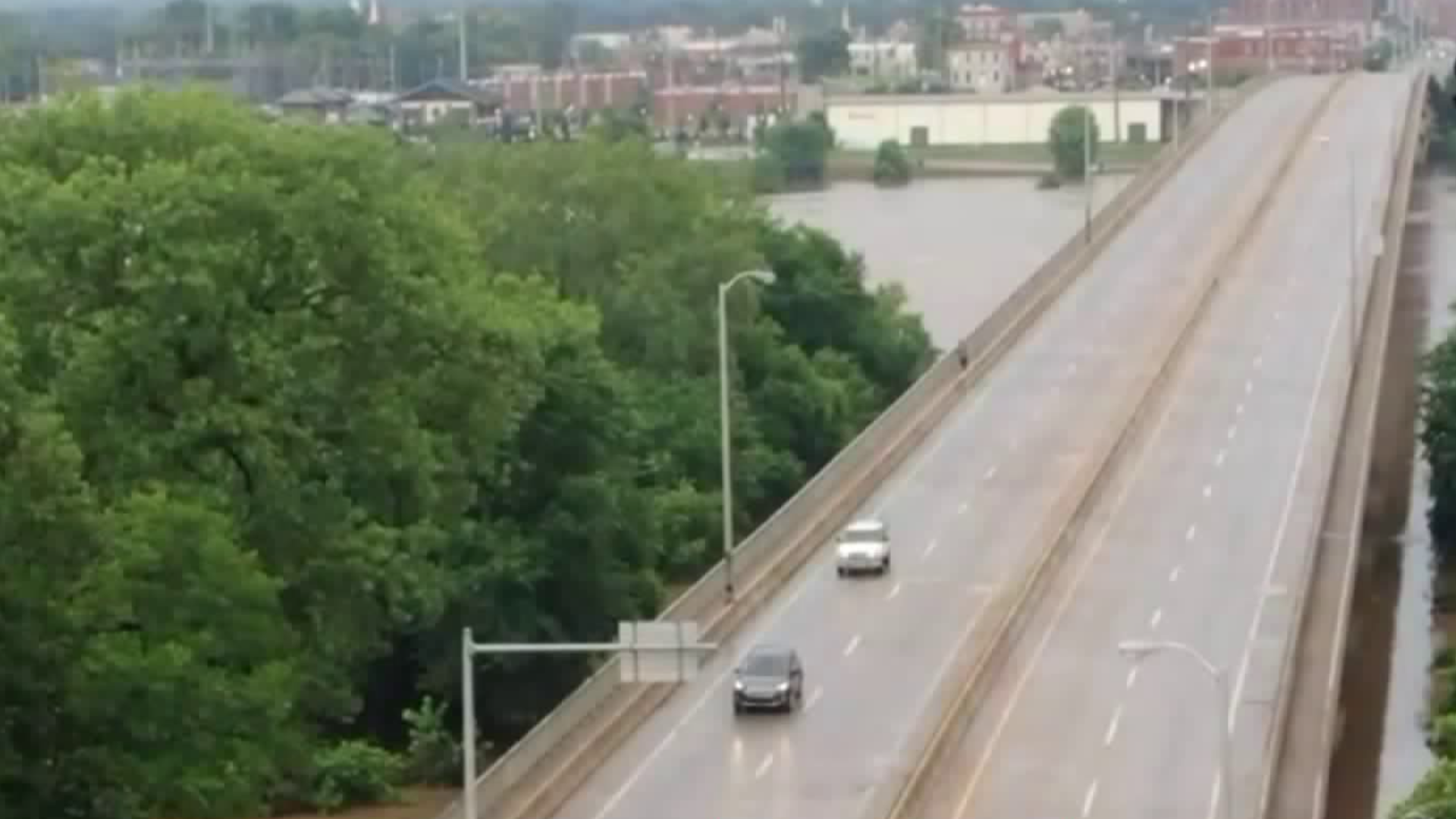 The Arkansas Department of Transportation says the eastbound lanes are not opening at this time. Officials say if you drive over the bridge to Oklahoma, you have to take I-40 to get back into Arkansas.

Danny Straessle, spokesman for ArDOT, says residents can no longer walk in the streets on Garrison Ave. Bridge, but the sidewalks are opened to foot traffic.

Fort Smith residents are happy to see the bridge opening and say it's a sign of normalcy.

"I think it's just a sign that things are starting to get better and even though we got a lot ahead for us as far as recovery is concerned," said Fort Smith resident Kimberly Cheshier. "We're gonna need a lot of people helping remove sandbags and clean and all of that. This is a real hopeful sign, we're gonna get back there."

People say they are starting to see things in Downtown Fort Smith like they remembered before the water moved in.

"We don`t have a set time frame for it yet. It`s gonna be once we get through the assessments but first, we need that water to go down," said Kenna Mitchell of Oklahoma Department of Transportation (ODOT). "So that we can look a little bit closer. So really we are at the mercy of Mother Nature for this."

Even though drivers may not see water on the bridge, some lanes are still closed. ODOT says it will have to assess the damage, so residents should not go around barriers.

"We still have to go through and make sure there is no damage caused underneath the roadway itself by all the water so it will take some time to get these complete and we just ask for everyone`s patience so we just make sure that it`s safe for traffic to go back on these areas," Mitchell said.

The bridge was never in danger, but it closed May 26 because the roads on the Oklahoma side of it were flooded. Instead, the bridge was opened for pedestrians only so they could safely view the floodwaters of the Arkansas River.

The bridge was closed as the river approached its 40.79-foot crest. By 8 a.m. Monday morning, the water had receded to 36.5 feet, allowing the bridge to be reopened.

The Arkansas River Bridge on Highway 23 in Ozark has now been reopened as well.

Several roads around the area remained closed due to high water or damage from the floods. Those wishing to check on road conditions can check idrivearkansas.com or the Oklahoma Road Conditions Map.