WEST FORK (KFSM) — A West Fork woman’s body was found in a freezer at her home after police went to inform her of her husband’s suicide, West ... 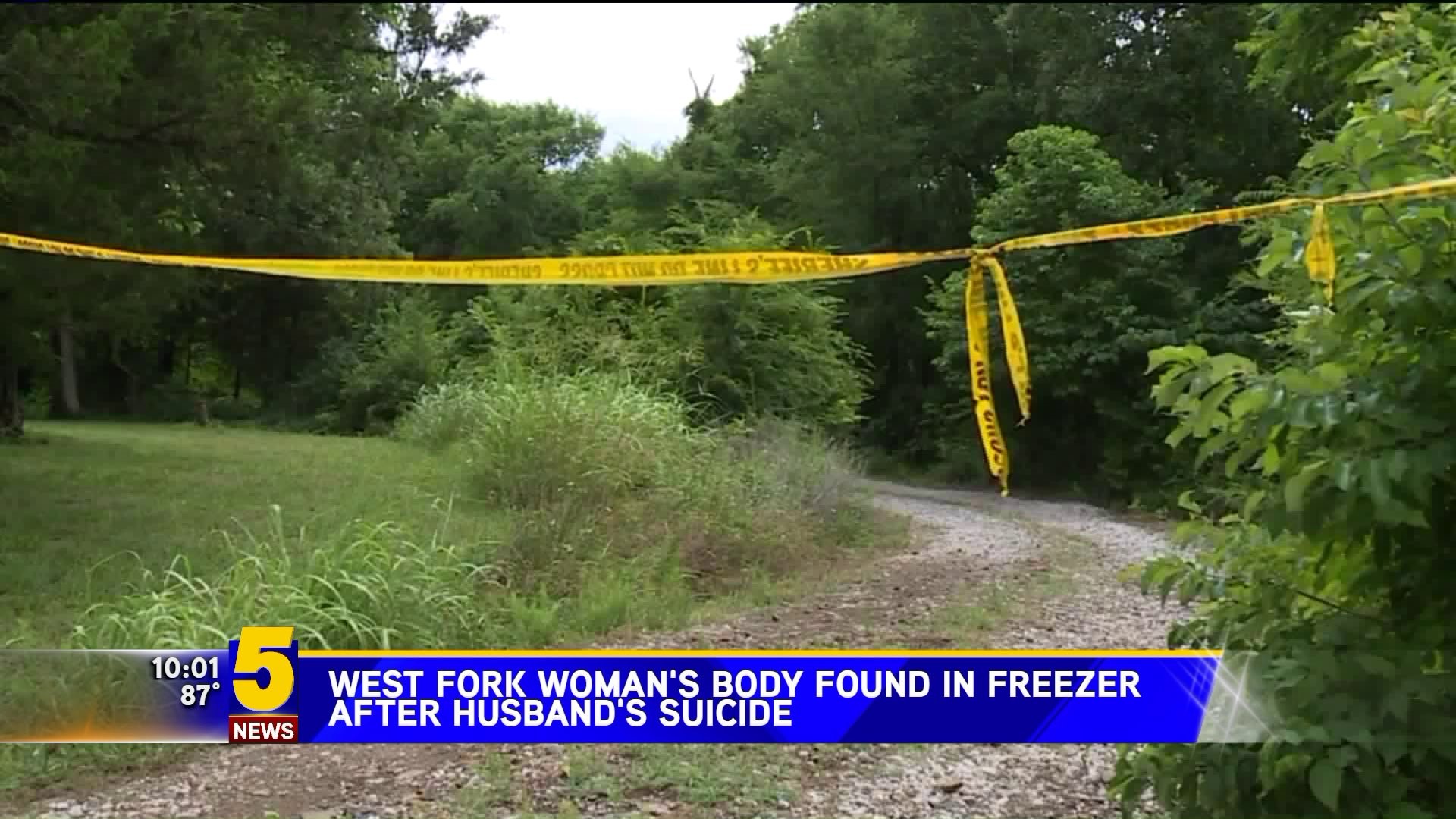 WEST FORK (KFSM) -- A West Fork woman's body was found in a freezer at her home after police went to inform her of her husband's suicide, West Fork Police reported Friday (June 15).

According to a report from Public Information Officer Tyler Underwood of the West Fork Police, the Logan County Sheriff's Office informed them about a suicide near Mount Magazine on June 10 and identified the man as Lawrence Bruick of West Fork.

West Fork police went to the home to inform Lori Bruick that her husband had committed suicide on June 10, but they were unable to make contact. They returned the next day to try and make contact. Officers said they could see items in the home while looking through windows that led them to believe Lori Bruick was still at home.

The officers entered the home and found evidence of an altercation inside the garage, Underwood said. While searching the garage, they found the body of Lori Bruick inside a chest  freezer.

During the investigation, police said, they found male clothing inside the home with what was believed to be blood on them. Several letters were found showing Lawrence Bruick's "mental state" and indicating that he was having suicidal thoughts, Underwood said.

The motive behind the fight was still under investigation, Underwood said, but there are no other suspects in Lori Bruick's death.