FAYETTEVILLE (KFSM) — A West Fork woman has pleaded not guilty to shooting her husband in what he alleges was an attempt to kill him. Vera Wintrode, 61, i... 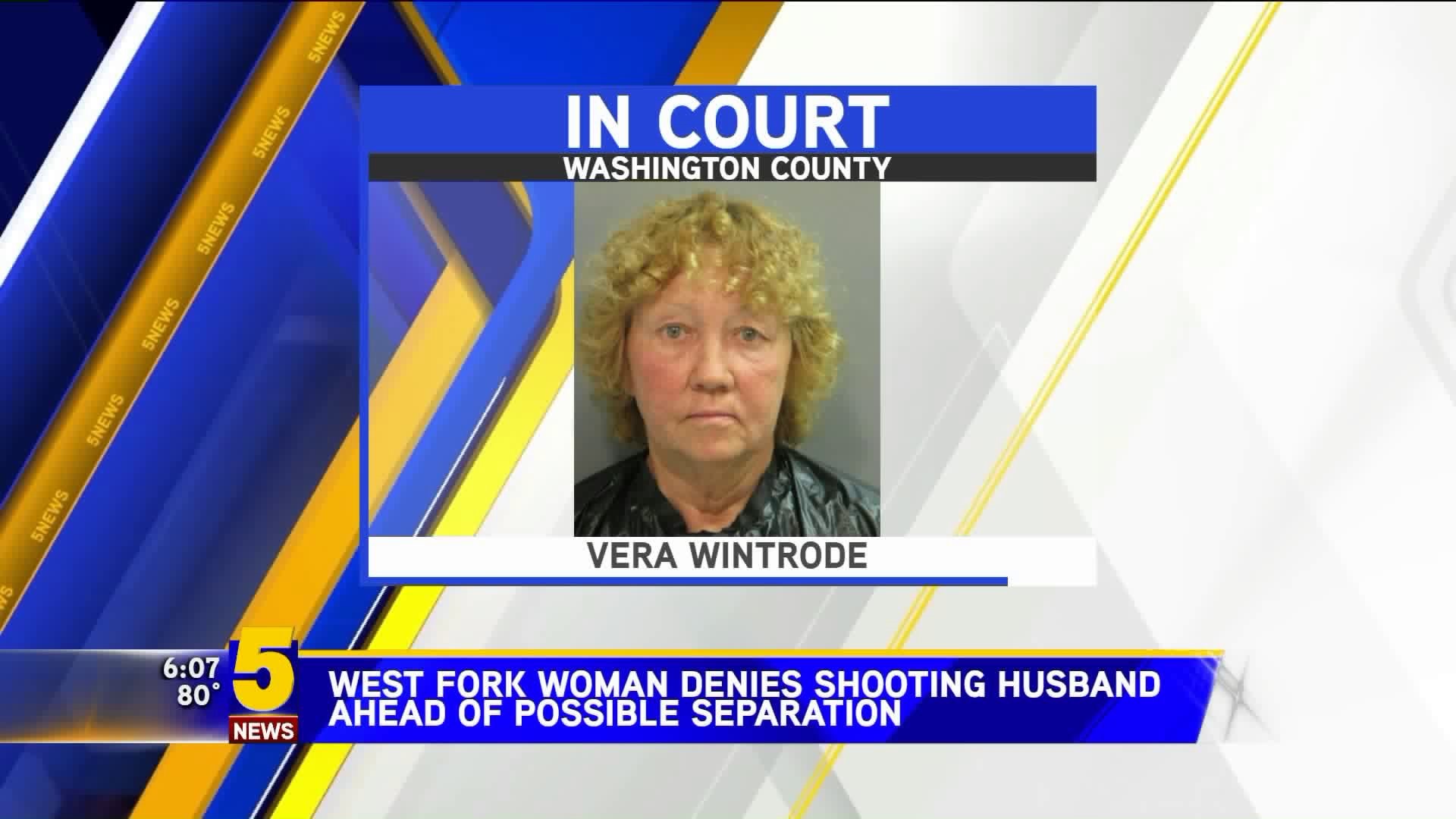 FAYETTEVILLE (KFSM) -- A West Fork woman has pleaded not guilty to shooting her husband in what he alleges was an attempt to kill him.

Vera Wintrode, 61, is charged in Washington County Circuit Court with first-degree battery, a Class B felony.

Thomas Wintrode said his wife came in to kiss him goodnight around 11:30 p.m. on June 1, but later returned and put a pillow over his face.

He said he pushed her off and managed to get into his wheelchair, but she returned with a handgun and opened fire from their hallway, according to a probable cause affidavit.

Despite being shot, Thomas Wintrode said he was able to get a different gun and call 911.

Washington County sheriff's deputies arrived at the Wintrode's home on Trace Branch Road, where they found holes in the walls, spent shell casings and blood, according to the affidavit.

Thomas Wintrode said he has been trying to leave his wife and sell their home, which she disagrees with, according to the affidavit.

Deputies said Vera Wintrode declined to give a statement about the incident, but "made several references that her life was over and had completely changed in just one day."

Thomas Wintrode was taken to Washington Regional Medical Center for treatment. An update on his condition wasn't immediately available.

She's being held at the Washington County Detention Center on a $250,000 bond.

In Arkansas, Class B felonies are punishable by up to 20 years in prison and a maximum fine of $15,000.