National Weather Service officials said an EF-0 tornado caused the Oklahoma damage near Poteau and Cameron during the storms that hit the area Monday night. A N... 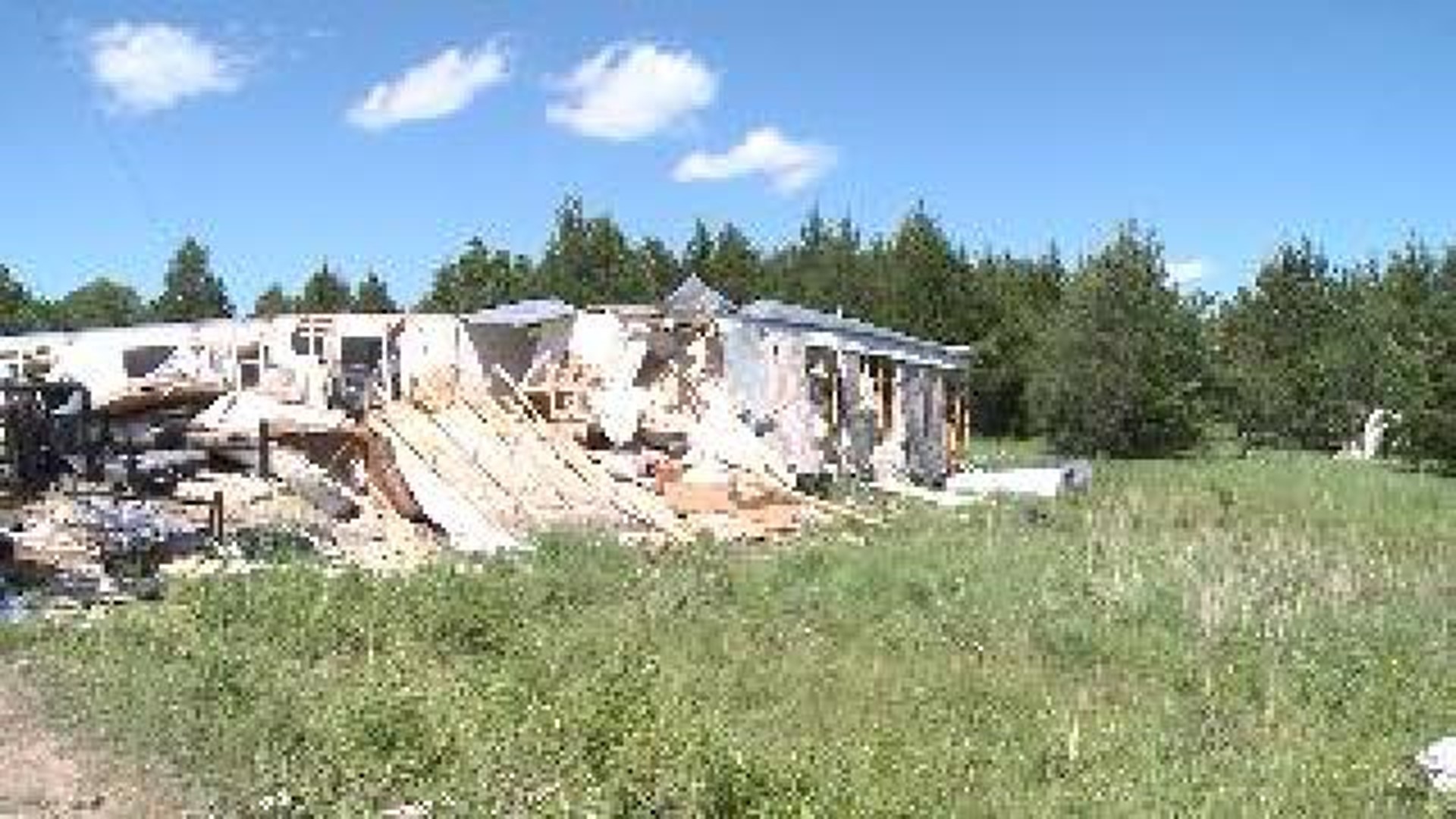 National Weather Service officials said an EF-0 tornado caused the Oklahoma damage near Poteau and Cameron during the storms that hit the area Monday night.

A National Weather Service team surveyed severe weather damage in the LeFlore County towns Wednesday, trying to determine whether a tornado was to blame.

Two members of Tulsa’s National Weather Service office sorted through various forms of the wreckage from high winds. The weather service officials first surveyed Poteau, then traveled to Cameron in the afternoon.

"It was a pretty weak tornado," Karen Hatfield, who was one of the team members surveying damage, said. "An EF-0 is what were looking at right here. Not sure about path length or path width right now. It's probably going to be a pretty narrow width."

After surveying the damage, the team concluded a tornado started forming over Poteau, before heading northeast, where it caused damage in Cameron.

"We think that that was an initial push of straight line winds that actually probably caused the circular winds that caused the tornado right here in Cameron," Hatfield said.

The team was looking for indications as to whether straight-line winds or rotational air movement caused the damage to area trees and property.

"A lot of folks down here have trees down and had structural damage," explained Steven Piltz, the meteorologist in charge with the National Weather Service, who was also in town to survey the damage. "A lot of times, the straight line winds actually have more of an impact on the community than the tornado does."

The exact path of the tornado and the duration that it was on the ground is still being determined.