LAKE TENKILLER (KFSM) — A 90-year-old woman named Millie Sullens is catching the eye of boaters out at Lake Tenkiller. “It’s such a remarkable... 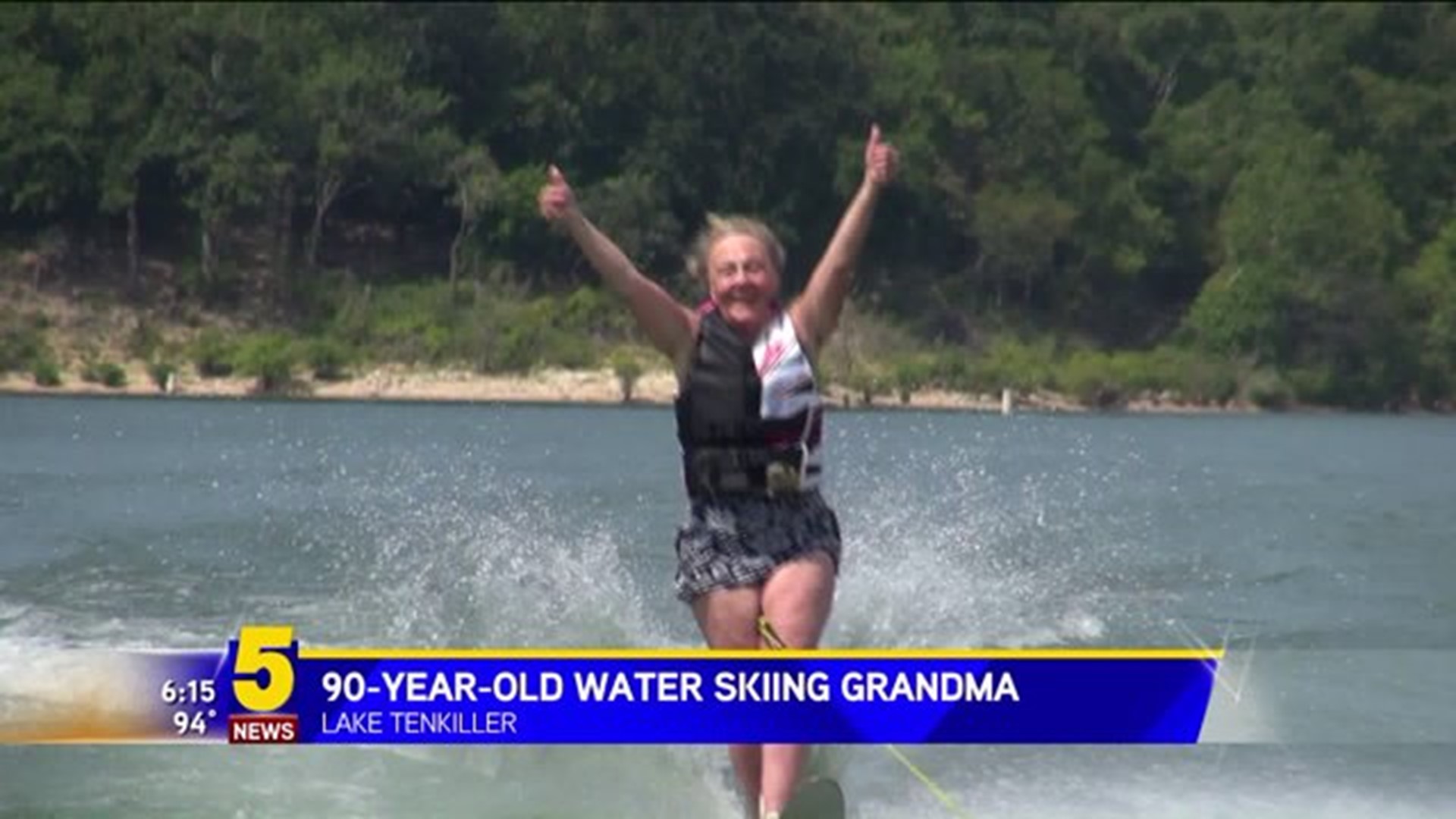 LAKE TENKILLER (KFSM) -- A 90-year-old woman named Millie Sullens is catching the eye of boaters out at Lake Tenkiller.

"It's such a remarkable feat to be 90-years-old and doing this. I don't know very many people in the world that could accomplish that," said Cookson Marina owner Kevin Dudley.

Dudley said he saw Millie on the water for the first time after his daughter showed him a video of her water skiing.

"It's slalom skiing. It's a lot harder and more difficult than skiing on two skis," he said.

Dudley invited Millie and her family to the lake on Tuesday (July 19). Millie boarded a 1959 cabin cruiser boat she said she bought in 1960 with her husband who has since passed away. Millie said the boat is the same boat she first learned to ski on.

"I was 34-years-old when I started skiing," Millie said. " I had a little hard time the first time. Finally, when my husband slowed the boat down. I just finally took off and went. It's wonderful. It's like you got the whole world by yourself and when you get a new skier you live that same thing."

She sold the boat to family member Rick Murray not long ago.

"I hope they bury me with it," Murray laughed. "No I'm kidding. It will be handed on, used by the family I'm sure."

Millie said once she learned how to get up on the skis she started doing tricks like letting go of the ropes and jumping waves. She now spends  her days on the lake teaching her great grandchildren.

"I just have fun teaching everybody and following them across the waters," she said.

Millie said she has advice for anyone wanting to pick up a hobby late in life.

"Hang on and go for it. If you fall, get up and go again. It's no fun setting home in a rocking chair," she said.

Millie is from El Reno, Okla. and spends every Friday night at an American Legion in Oklahoma City, where she enjoys country and western dancing.