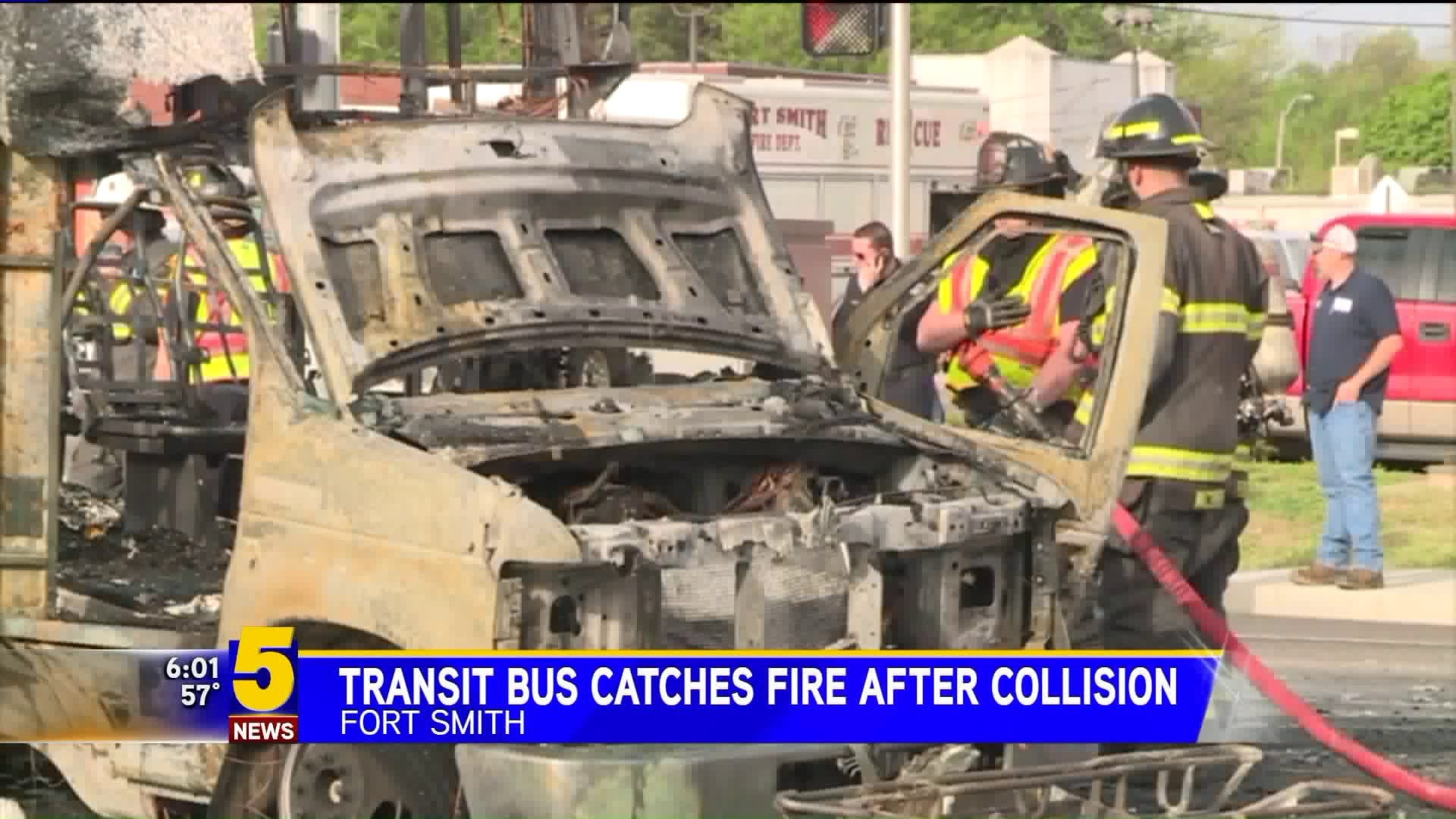 Videos and photos from a 5NEWS viewers show the bus fully engulfed, with a smashed 1993 Honda Accord, driven by Deshon Smith,  still in the intersection. Police believe the bus caught fire when its compressed natural gas tank exploded after the crash.

Witnesses said the bus driver, Andy O'Brien and passengers, Joni Stevens, Robert Stevens, Robert Cunnigham and Sharon Patterson were able to escape the burning bus through a window on the driver's side. O'Brien has been a driver with the city for two and a half years.

Their injuries weren't immediately known, but they were able to leave the bus on their own, according to Aric Mitchell, spokesman for Fort Smith Police.

The accident happened about 8 a.m. at the height of rush hour just outside Walgreens and Town & Country Liquor Store. The accident blocked the normally busy intersection for three hours.

Fire Chief Phil Christensen of the Fort Smith Fire Department said it could have been worse and gives credit to the bus driver for getting the passengers to safety.

"They just had training on how to escape if they were involved in a motor vehicle accident such as this right here, so hats off to the city transit department," he said. "Their driver did an excellent job making sure everyone was safe."

Drivers undergo training each year over what to do for emergency evacuations.

Fort Smith City Transit Director Ken Savage said the bus is a 2016 model that was last inspected in April 2018, which was given a good condition as far as ratings go.

Savage told 5NEWS that there are three CNG tanks on the bus.

Christensen said what was left of the bus would be taken to the transit yard and inspected.

No bus routes will be affected due to the bus being destroyed, Savage said. 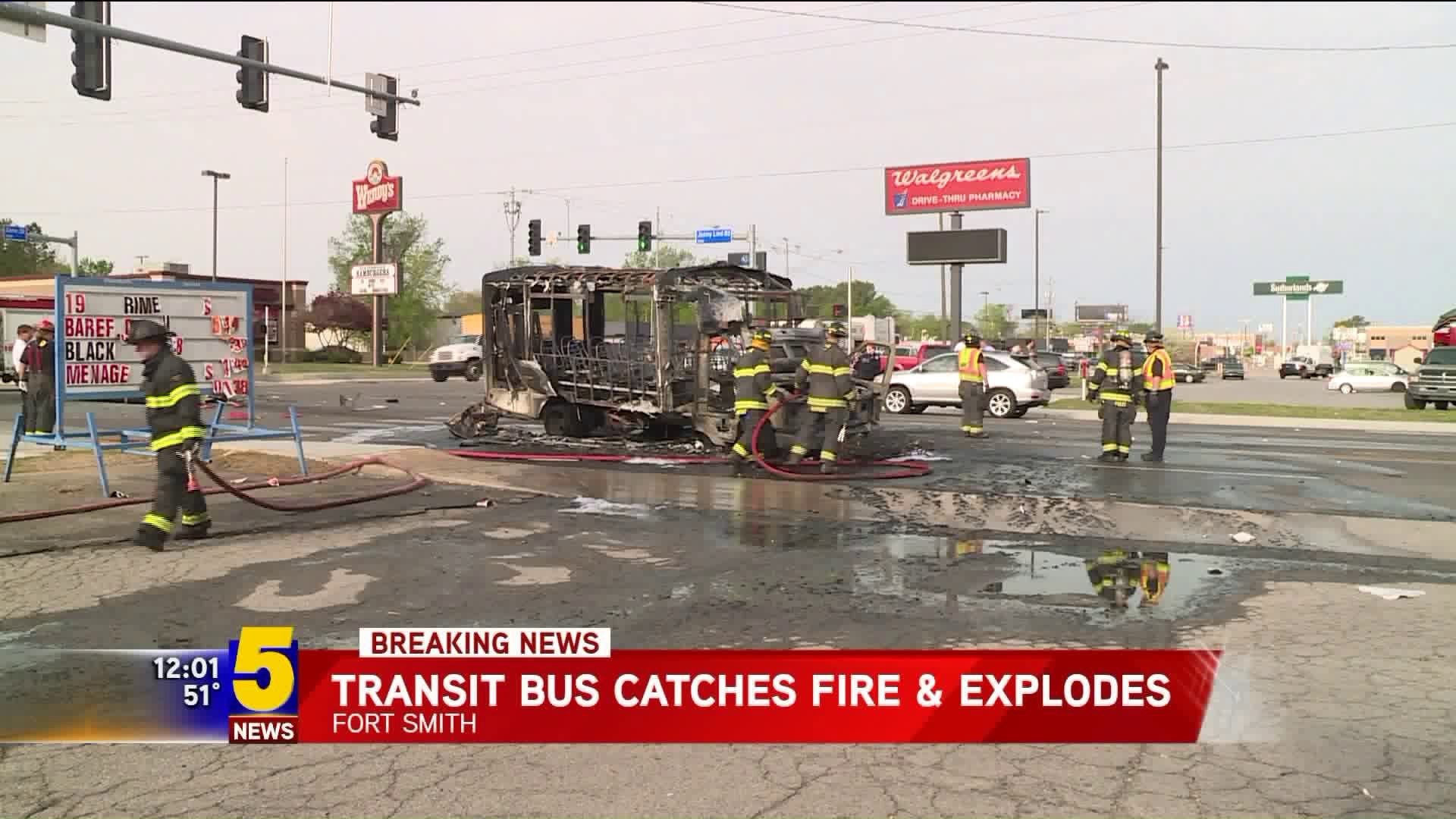