FAYETTEVILLE, Ark. (KFSM) — Less than a month ago the Northwest Arkansas Crisis Stabilization Unit opened its doors as an alternative to jail for people who are... 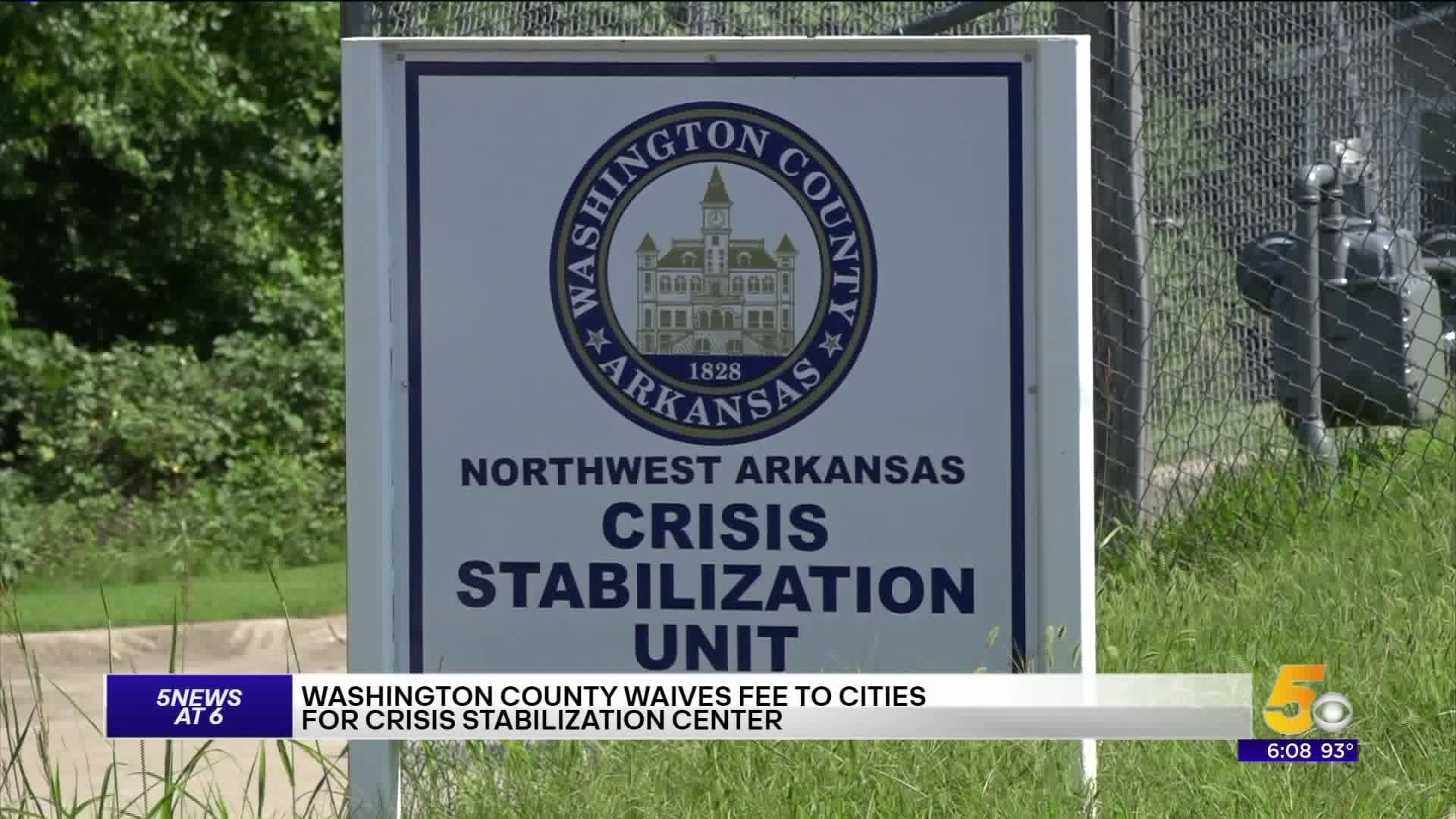 FAYETTEVILLE, Ark. (KFSM) — Less than a month ago the Northwest Arkansas Crisis Stabilization Unit opened its doors as an alternative to jail for people who are going through a crisis.

Thursday (July 18) Washington Judge, Joseph Wood held a news conference after hearing concerns that cities weren't using the CSU because they were worried they would be charged a daily rate for bringing people to the CSU. The cities said they haven't budgeted for that in 2019.

Judge Wood decided there will be no daily rate charged to any city, county or anybody that brings someone into the CSU from now until the first of January 2020.

Washington County Attorney Brian Lester said starting January 2020 anyone bringing someone into the CSU will be charged a daily rate of $40, which is just an estimate from the county and information from the other two CSU’s of the costs they are expecting.

“That number will be reviewed yearly by the criminal justice coordinating board that we have set up, which the whole job of the coordinating board is to review data and issues like the daily fee to ensure that we are performing the way we need to,” Lester said.

Sarah Moore is a founder of Arkansas Justice Reform Coalition and one of the things they do is look into alternatives to jail. She says she is glad to hear the issue has been resolved and that people who need care will be able to get it.

“I hope that all cities will make sure that they are altering their teams and that they are talking to their CIT officers and making it very well known that we can get ahead and start using that," Moore said. "I would love to hear that those 16 beds get used immediately."

The county hopes that by getting the fee issue cleared up officers will start bringing more people to CSU who need help.