WASHINGTON COUNTY, Ark. (KFSM) — Questions still remain after a Washington County inmate confessed to strangling a fellow cellmate. Some are wondering if overcr... 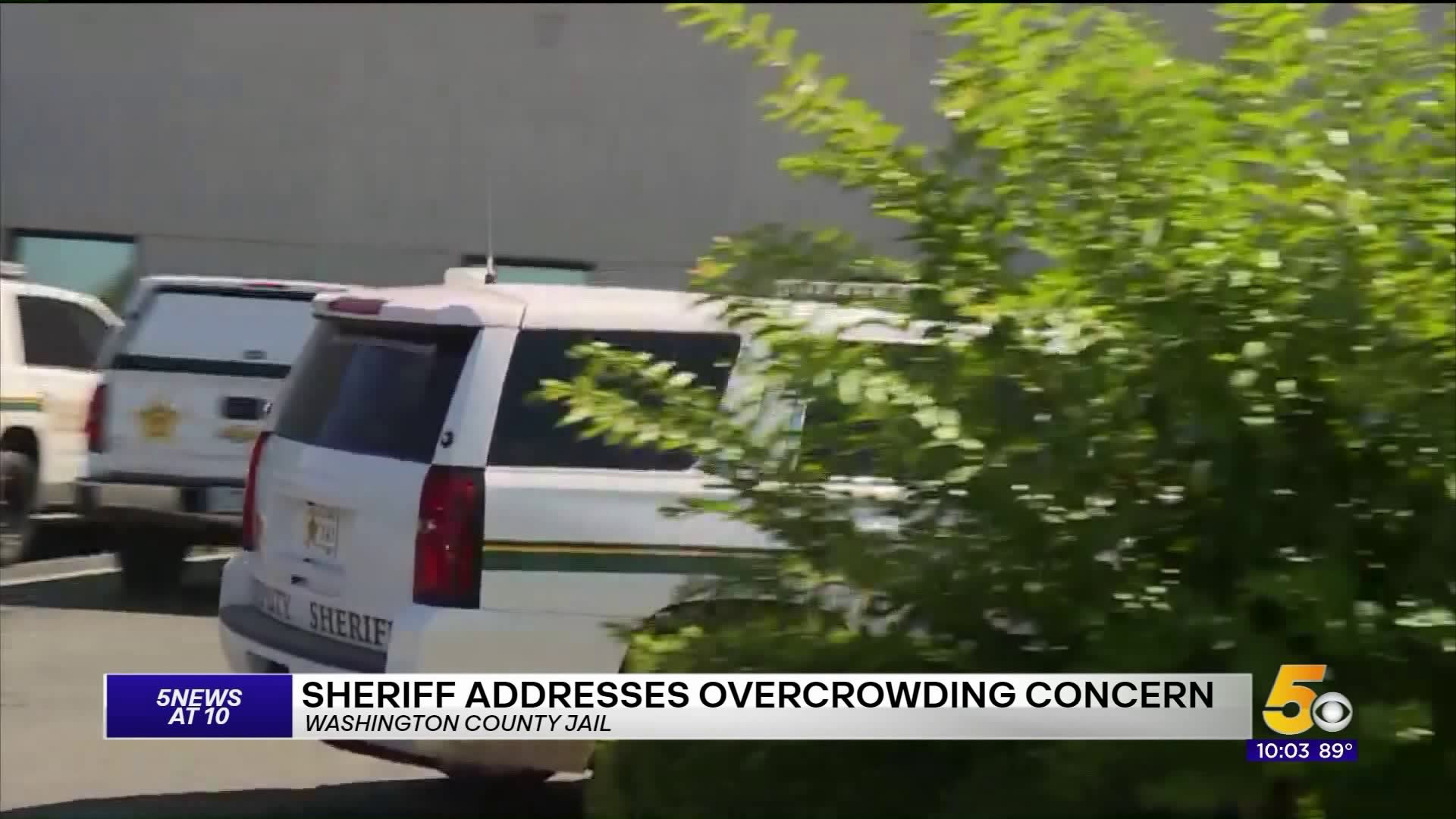 WASHINGTON COUNTY, Ark. (KFSM) — Questions still remain after a Washington County inmate confessed to strangling a fellow cellmate. Some are wondering if overcrowding played a role.

Harvey is also accused of killing his ex-girlfriend's fiance last year and Cobos-Cenobio was arrested after a shootout with Washington County Deputies, which went viral.

Deputies say it all started when Harvey asked to move to a different cell around 8 p.m. Tuesday (Aug. 27) after he claimed he was afraid for his life. He asked to be put in the same cell Cobos-Cenobio was being held in.

When deputies did a cell check around midnight, they found Cobos-Cenobio lying on his back, dead, and Harvey claimed Cobos-Cenobio wanted him to do it.

Jail checks happen every hour at the detention center.

Washington County Sheriff Tim Helder says overcrowding was not what caused the incident between the two men. He does say that overcrowding is a large problem at the jail though.

"We are severely overcrowded we don't make any bones about that," Helder said.

Harvey's previous cell was in "T" block, which is an open style barrack. Helder says that block is severely overcrowded.

"Last night 97 people sleeping on the floor. Am I blaming thing incident on overcrowding? I’m not doing that in any shape or form or fashion. But it’s just an example. The block that this person wanted to be removed from was overcrowded and the one he was moving into was overcrowded but not as overcrowded. There was space," Helder said.

Harvey requested to be moved to "R" block, which is a four inmate lockdown cell.

As for the other two inmates in the cell at the time, one said he was asleep and the other said he heard what was happening but felt like it was an attempt by the victim to go to the hospital.

Cobos-Cenobio's body was taken to the Washington County Coroners Office and his body is being submitted to the Arkansas State Crime Lab for an autopsy.

The sheriff says Harvey and Cobos-Cenobio were previously in "R" block at the same time for several weeks with no issues.

"We do a classification process. We don’t just throw people willy nilly in with each other. We go to great lengths to try and prevent this very thing from happening," Helder said.

Earlier this month, Washington County held a special meeting to discuss solutions to its overcrowded jail.

Officials proposed two solutions; one was to build modular units, the second was to remove detainees that are only there because they can't afford bail.

Two cost-effective programs were suggested that would help low-income inmates make their bail and get out of jail.

"To have a homicide in your facility ya know, of course, we don't want a homicide anywhere, but in a facility that we are in charge of, maintaining the safety and security, it's a big deal for us," Helder said.

It is unknown at this time if either of those solutions were chosen.

According to Helder, the county is trying to avoid an expansion, which would cause a lot more problems for officials.