FAYETTEVILLE, Ark. (KFSM) — Washington County held a special meeting Monday to discuss solutions to their overcrowded jail, which the sheriff is calling dangero... 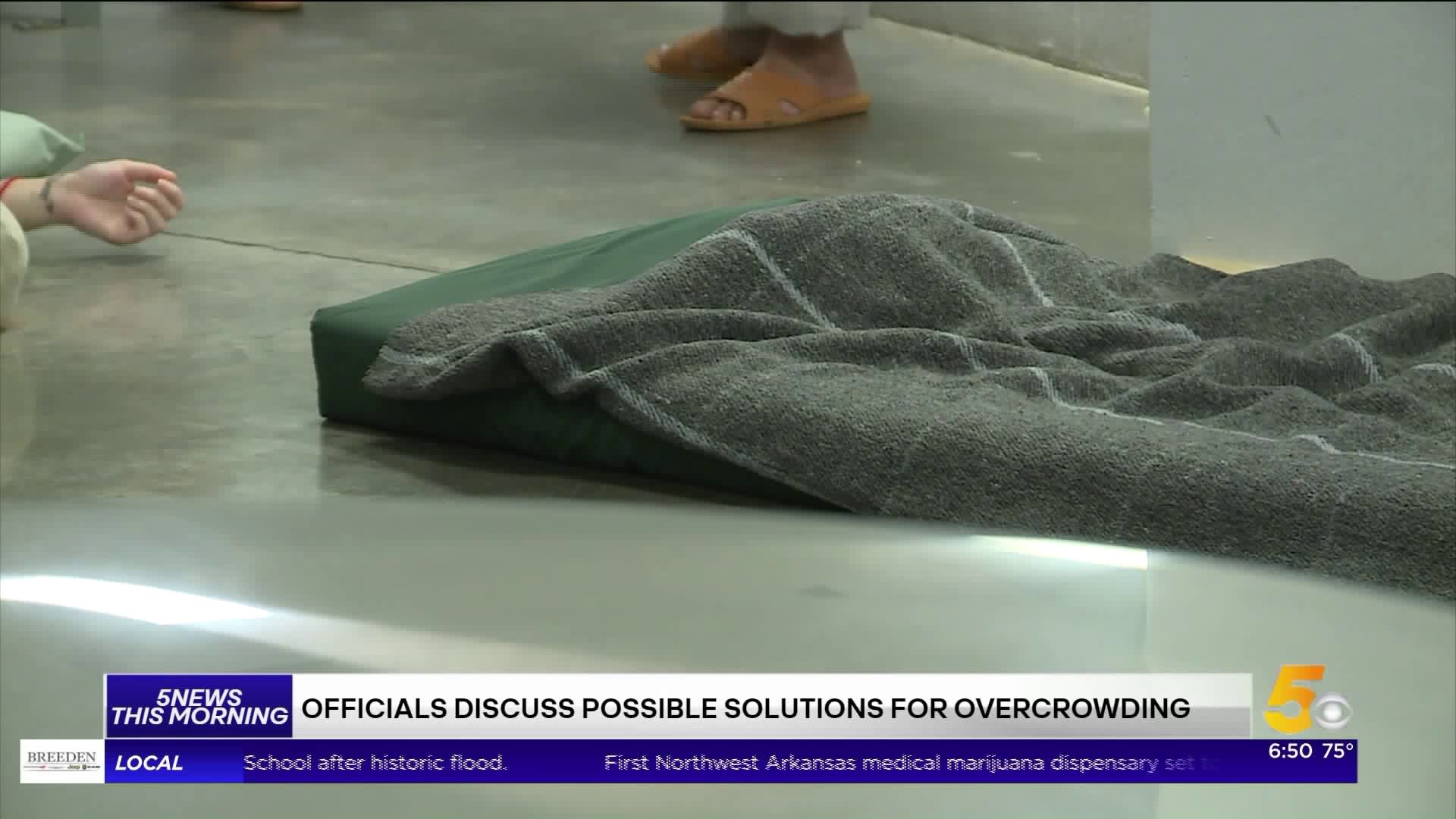 FAYETTEVILLE, Ark. (KFSM) — Washington County held a special meeting Monday to discuss solutions to their overcrowded jail, which the sheriff is calling dangerous.

According to Washington County Sheriff Tim Helder, the overpopulated detention center has become a danger to employees. The limited space in the facility has some detainees sleeping on the floor.

"When you’re overcrowded, and you’ve got people in there that may have a lot of violent history anyway...they all have, for the most part, an innate inability to get along with people, an innate inability to follow rules," Helder said. "So, when they're all in there together, and then some are forced to sleep on floors, they're crowded and it's hot, they react. They act out, whether it’s against each other or my employees."

One suggestion was to build modular units. Helder and Benton County Sheriff Shawn Holloway previously toured a detention center in Springfield, Missouri, that began using modular units, or temporary housing trailers. However, Helder said the modular units would have to be bought or leased and additional personnel would have to be hired to supervise them.

The second proposal is to remove detainees that are there only because they can't afford their bail. In the meeting, two cost-effective programs were suggested that would help poor inmates make their bail and get out of jail.

“People shouldn’t be in jail just because they’re poor, and I think the resolution that came up tonight about keeping people out of jail who are poor and that's the only reason why they're in there is kind of a no brainer for me for a solution to help with the overcrowding issue," said a meeting attendee Erica Lattanzio.

According to Helder, the county is trying to avoid an expansion, which he said would cause a lot more problems for officials.