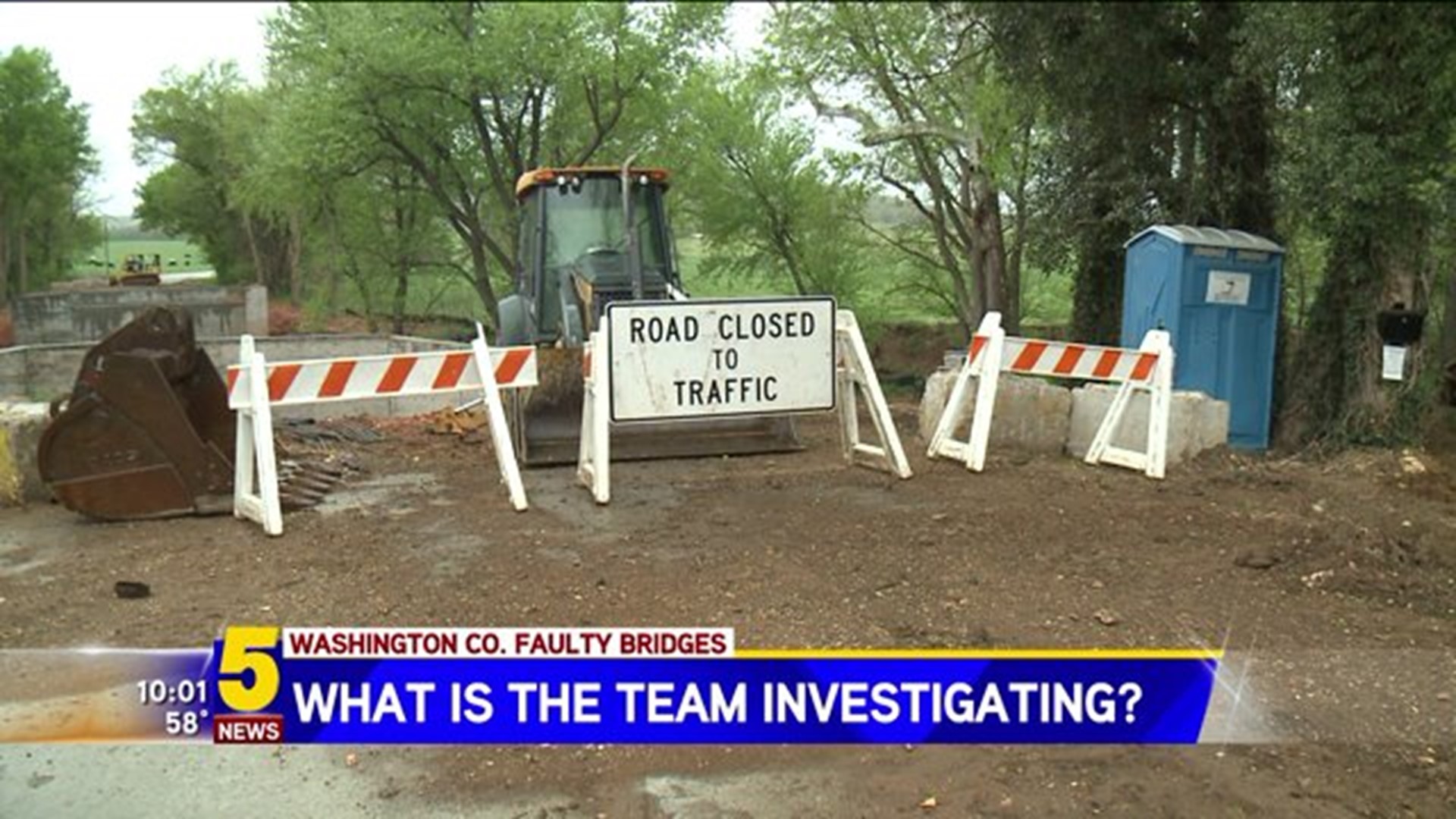 FAYETTEVILLE (KFSM) - A two-person committee investigating faulty bridges in Washington County launched its probe on Thursday (April 23), expecting to wrap up its work in two weeks.

Justice of the Peace Eva Madison said the investigation will delve into whether there is an atmosphere of fear and intimidation at the county Road Department inhibiting workers from speaking their mind when they notice something isn't being done right.

Madison, a Democrat, and Republican Assessor Russell Hill are serving on the committee looking into county bridges. Madison said they are conducting interviews in her law office near the county courthouse rather than at the courthouse itself so that workers will feel comfortable talking. Madison said some road workers might be afraid to be seen going in and out of the courthouse, where county executive offices are located.

“Part of the investigation is to look into the issue of retaliation, not specifically related to any lawsuits, but specifically to the work environment in the Road Department," she said.  "Are people fearful of coming forward expressing concerns?”

Robert Dennis, who serves with Madison on the Quorum Court, said he conducted his own independent investigation late last year into faulty construction at the Stonewall bridge near Prairie Grove and determined that road workers were building it incorrectly with the approval of a supervisor.

"They owned up to it," Dennis said of the road workers.  "They said, 'We made a mistake. We did it wrong. We did what we thought was OK to do.' But what they did was not according to the engineer.”

Dennis said their supervisor told them to go ahead with the construction anyway.

“They said they took it to their supervisor. Their supervisor said, 'Yes, what you have done was wrong, not the way it’s supposed to be done, but the way you did it would work,' and so they went with it and that’s where the mistake was made.”

5NEWS contacted the supervisor, Bill Reed, who has since retired. He said he had no comment pending the investigation.

Dennis said when he was looking into the issue on his own he spoke with Reed.

"That supervisor owned up to it," Dennis said, 'and said, 'It all falls on my shoulders. I’m the one who made the mistake by not being there to stop them from doing what they did wrong.'”

In addition to Madison and Hill, a third person, 74-year-old retired professional engineer Carl Gales of Fayetteville, has agreed to serve with the committee, working as a technical advisor. Gales will be serving in an unpaid capacity.

Meanwhile, Washington County is a defendant in a whistleblower lawsuit filed by road worker George Braswell,  who alleges that two county bridges were built improperly.

One of those, the Stonewall bridge, was recently torn down after county officials admitted mistakes were made in building it.

The second one, the Harvey Dowell Bridge between Elkins and Fayetteville, is still open to the public but has been reduced to a weight limit of three tons.

The department already inspects bridges at least every two years and right now is assessing whether it has the capabilities to conduct a deep forensics investigation into structural flaws in county's bridges, said Danny Straessle, spokesman. He said the department could have an answer as early as next week on whether it will conduct an investigation into bridge safety in Washington County.

Washington County has about 150 county-built bridges of 20 feet in length or longer.