WASHINGTON COUNTY (KFSM) — A Washington County deputy was “awake and talking” Wednesday morning  (March 16) after he was shot while responding... 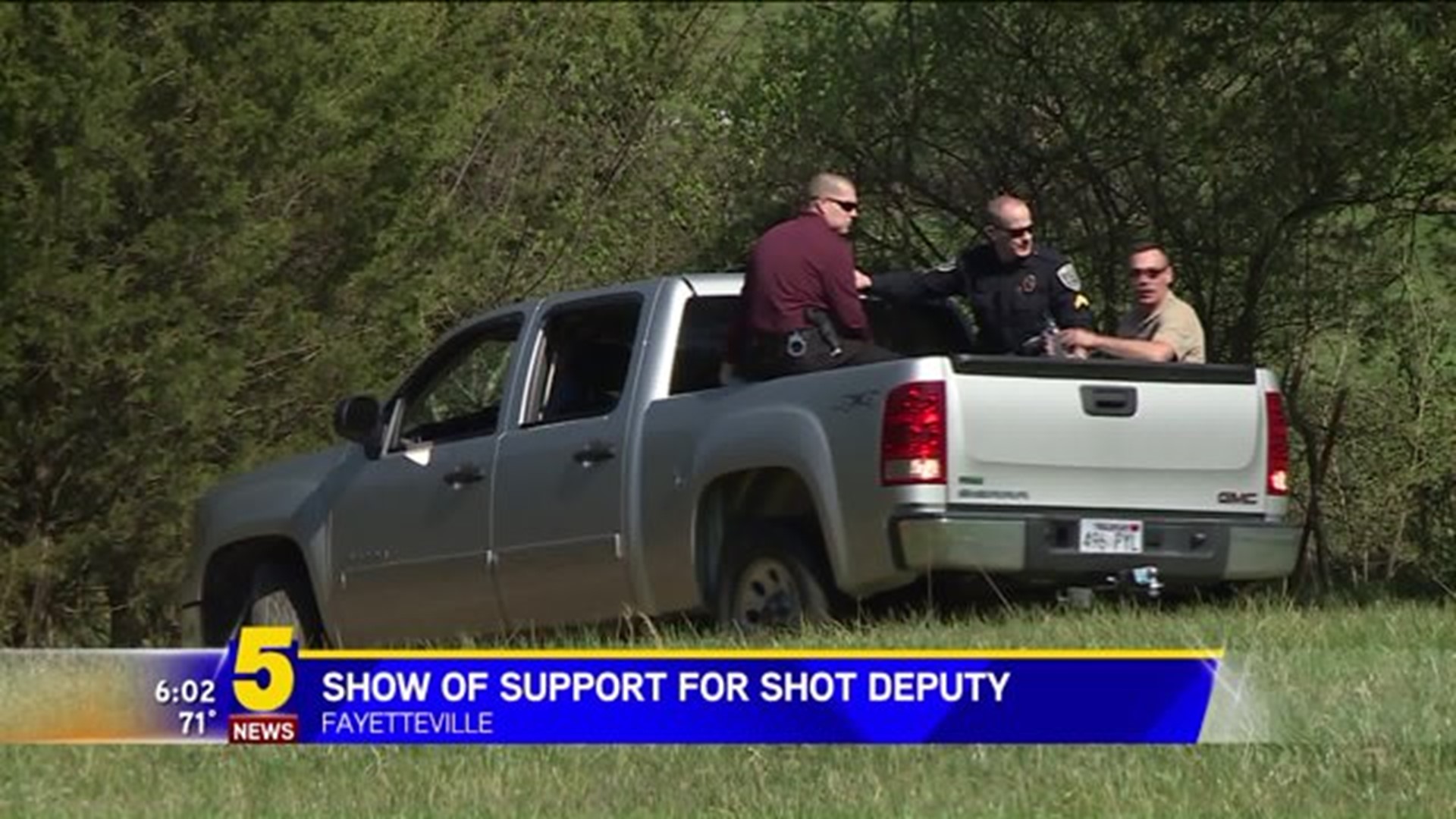 WASHINGTON COUNTY (KFSM) -- A Washington County deputy was "awake and talking" Wednesday morning  (March 16) after he was shot while responding to a suicidal person call the day before.

Lt. Tion Augustine was rushed to Washington Regional Medical Center Tuesday afternoon after he was shot by Raymond Plumlee, 24, according to the Fayetteville Police Department.

Augustine underwent surgery Tuesday night and was put in the ICU.

Fayetteville Police Officer, Kristin Mercado, said the law enforcement community is a family so when one person gets hurt, everyone is able to feel a piece of the pain.

"It doesn't matter what department, what agency, we're a family. We come together," said Mercado. "We support each other and no matter the situation, whatever they need we're going to take care of them."

Officers have reached out to the Augustine family and will plan to help them any way they can, according to Tim Helder, Washington County Sheriff.

According to Plumlee's arrest report, Fayetteville officers and Washington County deputies were called to a home on Bob Lawrence Road at around 1:20 p.m. to a report of a suicidal person.

Plumlee's mother and then his father called 911 to report their son was psychotic and suicidal and had a shotgun with him, the report states. Plumlee's father also told dispatch his son was a danger and officers should use caution if they approach him, according to the report.

As officers and deputies surrounded the house and moved into the backyard next door to another property, Plumlee fired off several rounds, the report states. As law enforcement officers moved in his direction, Plumlee fired off more shots and one of them struck Augustine, according to the report.

Officers pulled Augustine to safety and eventually located Plumlee, the report states. They also found the shotgun and multiple shotgun shells, according to the report.

Plumlee was uncooperative with investigators and requested to speak to an attorney, the report states.

Plumlee is currently at the Washington County Detention Center facing four counts of attempted capital murder, five counts of terroristic threatening, one count of first-degree battery and one count of second-degree domestic battering, according to jail records. His bond has not yet been set and he has a court date scheduled for Friday, March 18.