WASHINGTON COUNTY (KFSM) – The rescue train that collided Thursday with a passenger train in Washington County was traveling at 25 miles per hour at the t... 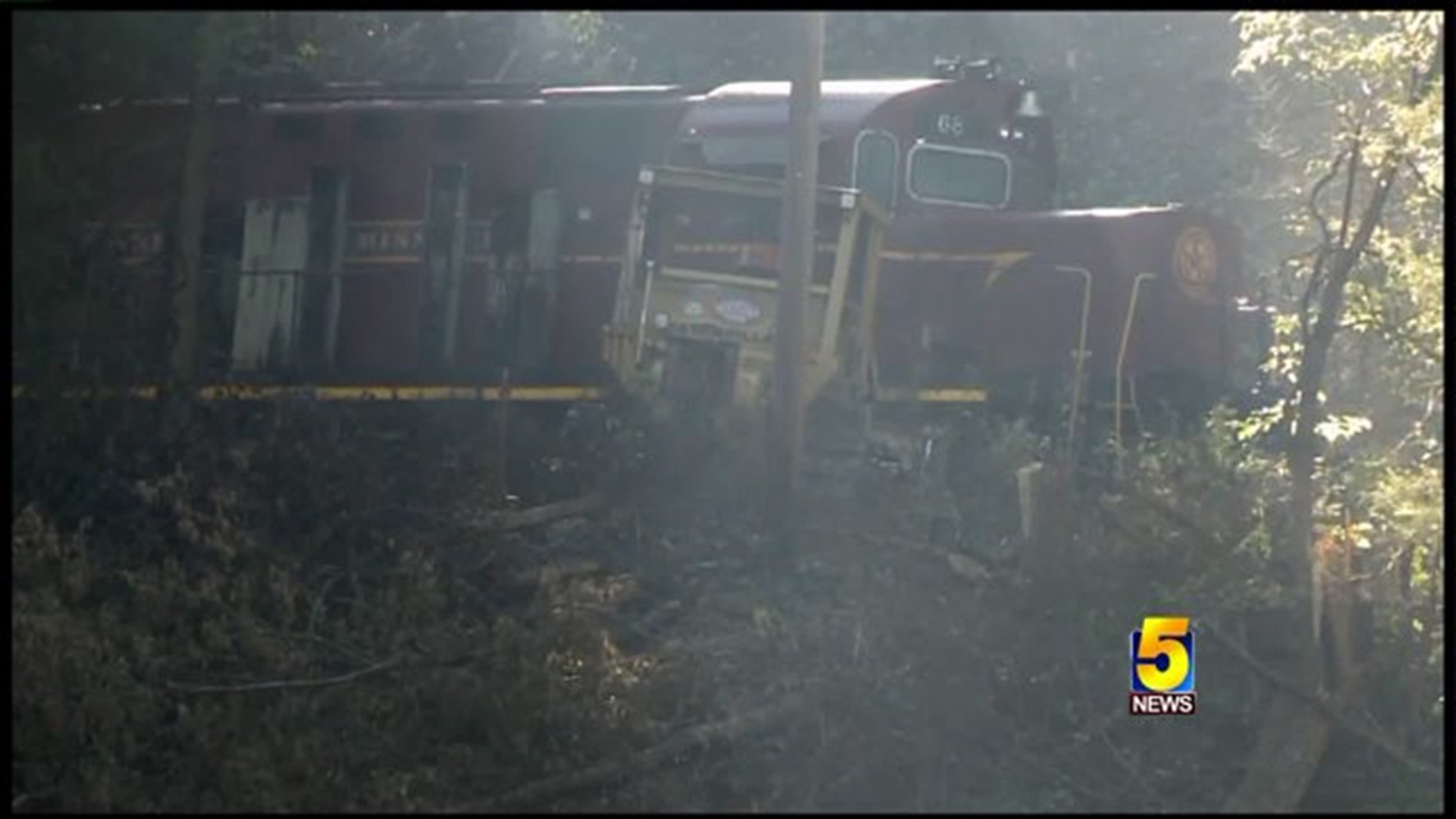 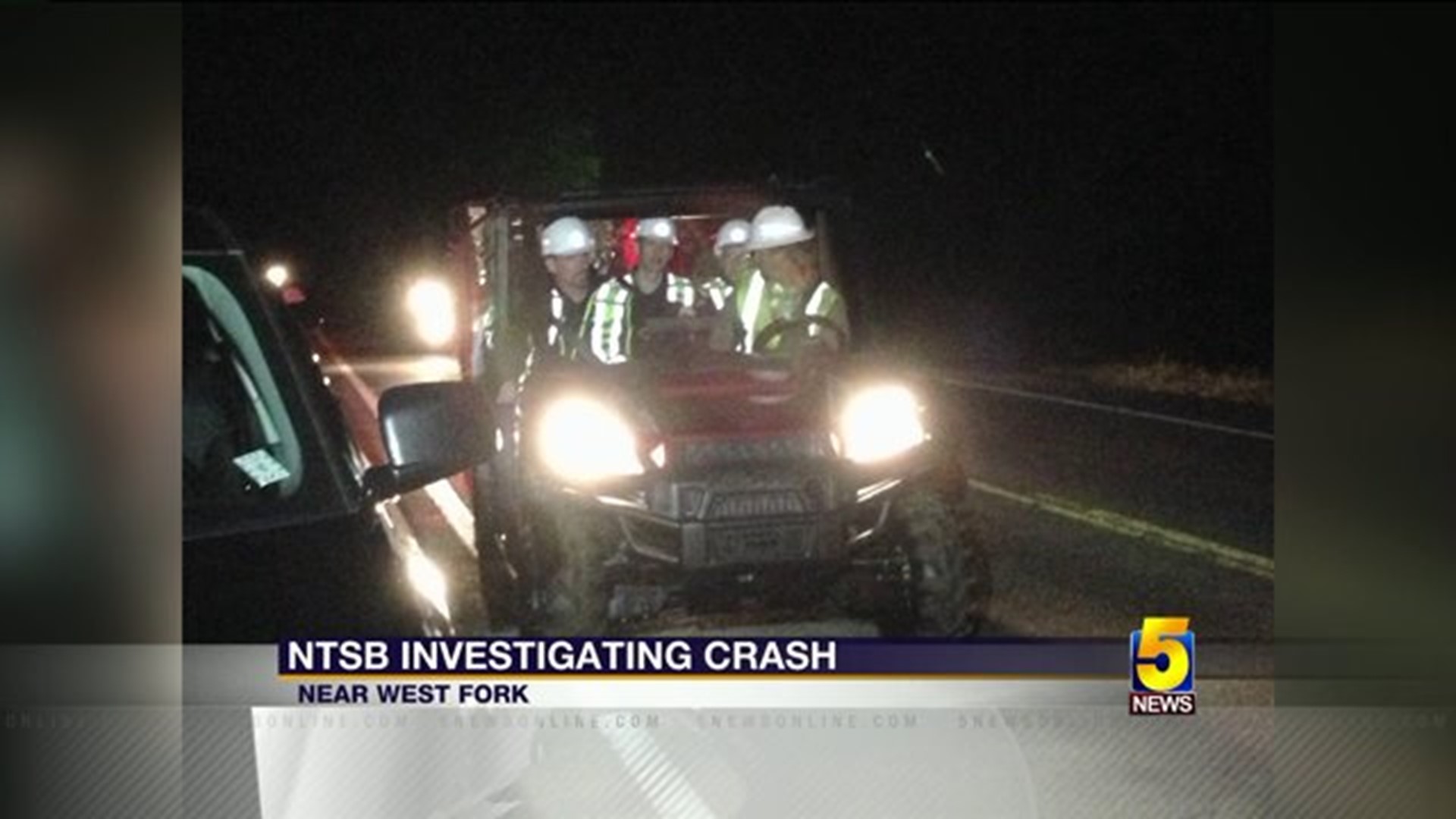 WASHINGTON COUNTY (KFSM) - The rescue train that collided Thursday with a passenger train in Washington County was traveling at 25 miles per hour at the time of impact, federal safety investigators said Friday.

National Transportation Safety Board member Mark Rosekind said the brakes were applied at 28 miles per hour prior to the collision. The train should have been traveling at a safe limit of 20 miles per hour or lower, he said. The speed limit along the track is 35 miles per hour.

Most of those passengers were released from local hospitals by Thursday night, although a few remained into Friday, including one person in critical condition at Northwest Medical Center-Springdale, hospital officials said.

NTSB officials addressed their initial findings Friday afternoon, saying they examined on-board video recorders to determine the speed of the collision and other factors. Oil from leaves creating slippage on the railroad tracks may have contributed to the wreck, although investigators have not yet determined the cause of the collision, Rosekind said.

NTSB officials landed at Northwest Arkansas Regional Airport on Thursday night from Washington, D.C. They immediately went to the crash site and will spend the next four to six days investigating the train crash and determining how the collision happened.

The Arkansas-Missouri Railroad announced it was calling 1,000 people who had paid to ride the train on Oct. 17, 18 and 19 to tell them this weekend's rides were cancelled. All of those people will get a full refund from the company, officials said.

Of the 44 injured, five were immediately classified as being in critical condition. Department of Emergency Management spokesman Rick Fahr said six crew members of the train were among those injured.

Most of the patients received minor injuries and were released from local hospitals by Thursday night.

Rosekind said the train collision happened in an area known as a "dark territory," where communication becomes difficult for locomotives. Both trains derailed during the collision, but no fuel was released following the crash, Rosekind said.

Washington Regional Medical Center treated 14 people associated with the crash, and all of them were in stable condition Thursday. Out of those treated, five needed trauma care, according to a hospital news release.

An additional 17 patients were transported to Physicians Specialty Hospital in Fayetteville following the crash.

Officials reported a total of 44 people on the passenger train, with 10 engines and four passenger cars involved in the crash.

One of the train's conductors was taken from the site by a medical helicopter with back injuries, said Ron Sparks of the Arkansas & Missouri Railroad police. That conductor arrived at Washington Regional Medical Center and was treated. He is now in good spirits and expected to fully recover, his wife told 5NEWS.

The Washington County Sheriff's Office was the initial agency that responded to the crash near Brentwood, with the call coming in around 10:25 a.m.

Emergency crews from West Fork, Washington County, Greenland, Fayetteville and Tontitown were also called to the location of the incident. Two medical helicopters also landed at the site.

Emergency workers marked those involved in the crash with bright orange bracelets. Medical crews moved passengers on Gator vehicles, with at least two or three people on stretchers.

A Letsgo Charter and Tours bus was called to the crash site to transport passengers to another location.

The excursion train is a day-long 134 mile round trip that includes a three-hour layover in downtown Van Buren. The train passes through various mountains and valleys as it moves from Northwest Arkansas to the River Valley.

The Arkansas & Missouri Railroad is one of the few commercial lines in the U.S. that operates both a freight and passenger service. The passenger train is a refurbished antique and contains parlor coaches that travelers ride in.