FARMINGTON (KFSM) — Washington County Prosecutor Matt Durrett said he will not file charges against the county deputies and A Goshen police officer who sh... 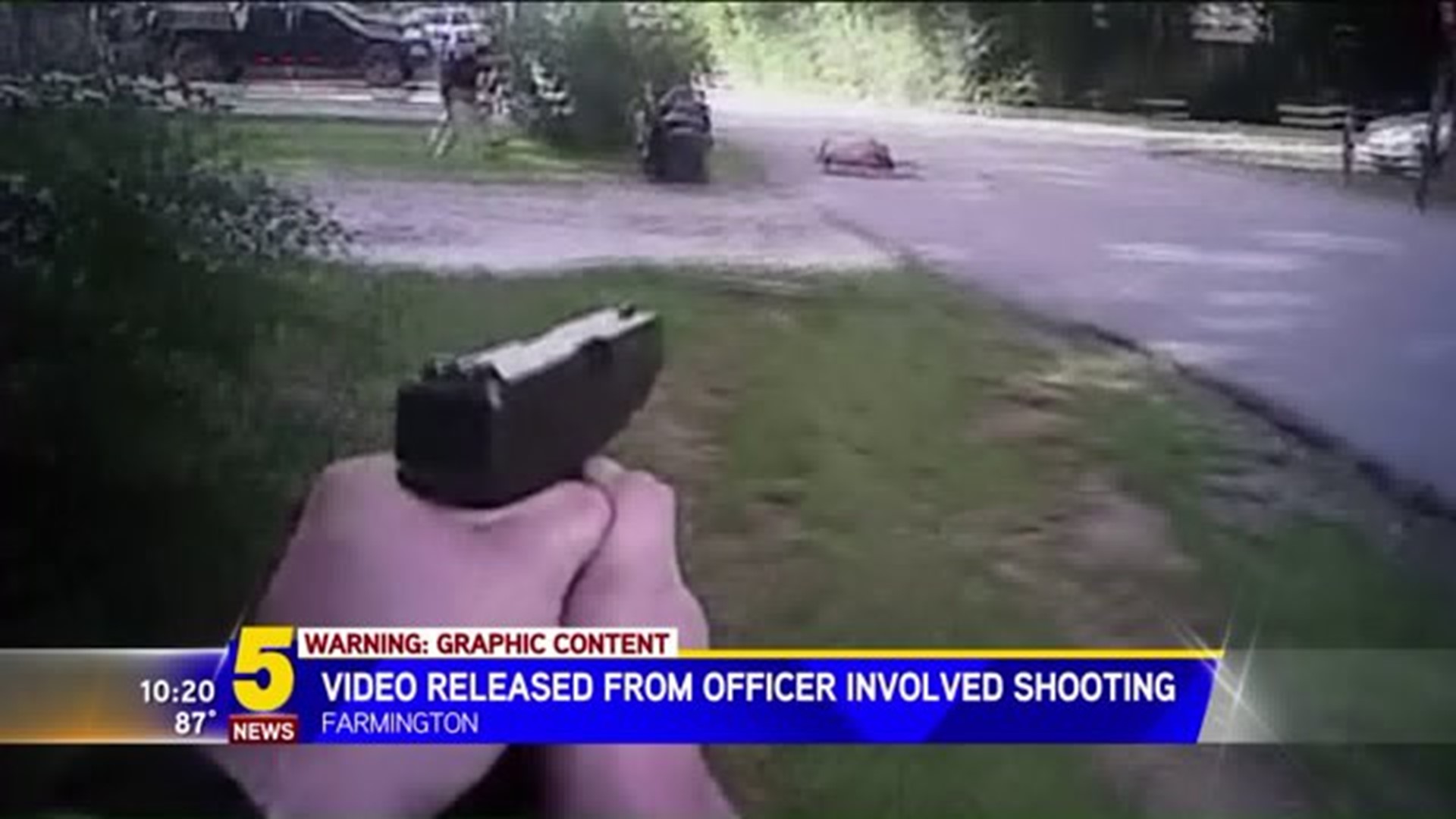 FARMINGTON (KFSM) -- Washington County Prosecutor Matt Durrett said he will not file charges against the county deputies and A Goshen police officer who shot a suspect last month.

The deputies were two of many law enforcement officers who responded to a call on Neal St. in Farmington just after 5 p.m. on June 24, where a suspect had set the yard and home on fire, the Washington County Sheriff's Office said. The suspect was identified as Randy Blecher, and responding officers determined he was armed with a handgun and a shotgun, according to the sheriff's office.

"[Blecher] kept pointing the guns at either his head or his chin," Durrett said. "He waved them around in the direction of the officers; he also fired shots."

Units from Farmington were already on scene and officers from Washington County, Fayetteville, Johnson and Goshen arrived shortly after to set up a perimeter.

County deputies, as well as other law enforcement officers, took cover behind a Farmington officer's truck. Blecher made conversation with each of the officers, but refused to put down his weapon saying he was not going to prison, according to the sheriff's office. Officers attempted to negotiate with Blecher, but to no avail.

Officers noticed Blecher would lower the gun and take his finger off the trigger every time he would turn his back. They deployed a taser, but it did not incapacitate Blecher, the sheriff's office said.

Durrett said the act of pointing the gun towards law enforcement was enough to warrant lethal-force.

"The officers involved in this incident reasonably believed their lives were in danger, that they were at risk of death or serious physical injury," Durrett said.

Firefighters were then able to move in to put out the fire Blecher had started.

The Washington County Sheriff's Office agreed; the officers on scene used "incredible restraint" as they attempted to reason with Blecher to end the situation peacefully.

Durrett said the situation will most likely impact the involved officers for the rest of their lives.

"Regardless of justified or not, [the officers] have taken another person's life. I know that weighs heavy on officers," Durrett said.