Assessor To Serve With Justice Of The Peace On Bridge Investigation 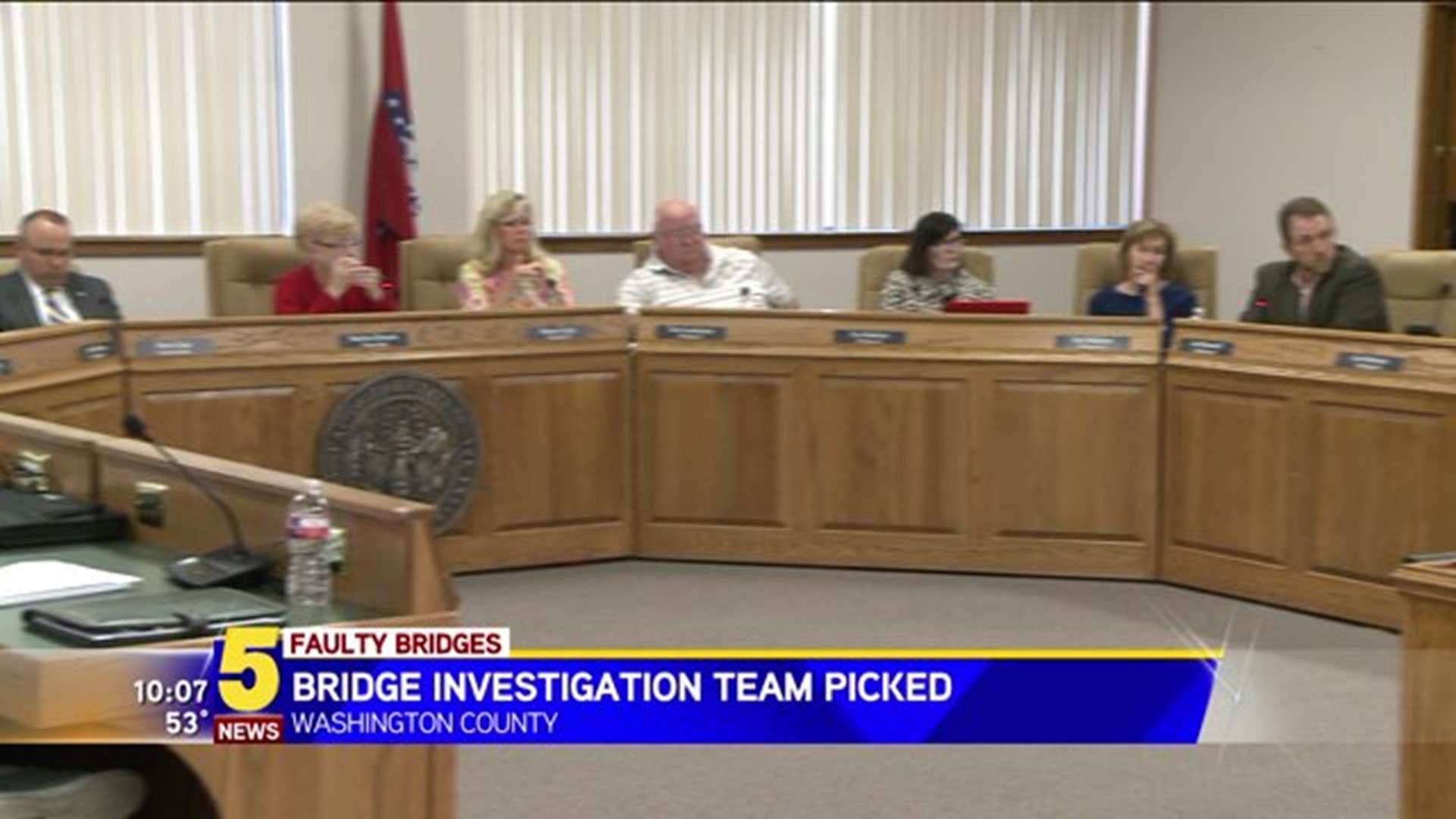 The unanimous vote on an emergency ordinance setting up the two-person panel came after more than an hour of discussion about who should serve on the committee. Fourteen of the 15 Quorum Court members were present. Justice of the Peace Rick Cochran was not in attendance.

Several Quorum Court members, including Madison, voiced concern that Dan Short, chief of state to County Judge Marilyn Edwards, was originally named by Edwards to serve on the panel.

Madison and others thought that county road workers might be afraid to speak candidly with Short since he is in their chain of command and even has a second office in the Roads Department building.

Madison added that Short probably will be required to testify before the two-person panel about a meeting he attended in 2013 with the county judge and roads worker George Braswell over concerns that bridges weren't being built properly. That meeting was held in the law offices of Fayetteville lawyer W.H. Taylor.

Since he might be called to testify, Short agreed to take his name out of consideration. He and some Quorum Court members then suggested that Hill serve in his place. Hill happened to be among the handful of people in the audience at the meeting and agreed serve at Edwards' urging. (On the Web page linking to this story, Short, left, and Hill are pictured at Monday's special meeting in the Quorum Court chamber at the Washington County Courthouse.)

Hill is a Republican. Madison is a Democrat.

A third person, 74-year-old retired professional engineer Carl Gales of Fayetteville, also was in attendance and agreed to serve as a technical advisor to the panel. Justice of the Peace Harvey Bowman said he knew Gales from Kiwanis meetings and recommended him for a role on the panel. Gales will be serving in an unpaid capacity.

Washington County is a defendant in a whistleblower lawsuit filed by Braswell,  who alleges that two county bridges were structurally deficient.

One of those,  the Stonewall Bridge near Prairie Grove, was recently torn down after county officials admitted mistakes were made in building it.

The second one, the Harvey Dowell Bridge between Elkins and Fayetteville, is still open to the public but has been reduced to a weight limit of three tons.

Edwards and Attorney General Leslie Rutledge have asked the Arkansas Highway and Transportation Department to look into the bridge issues in Washington County.