FAYETTEVILLE, Ark. (KFSM) — A Washington County sheriff’s deputy who survived a shootout during a traffic stop and later helped apprehend the suspect has ... 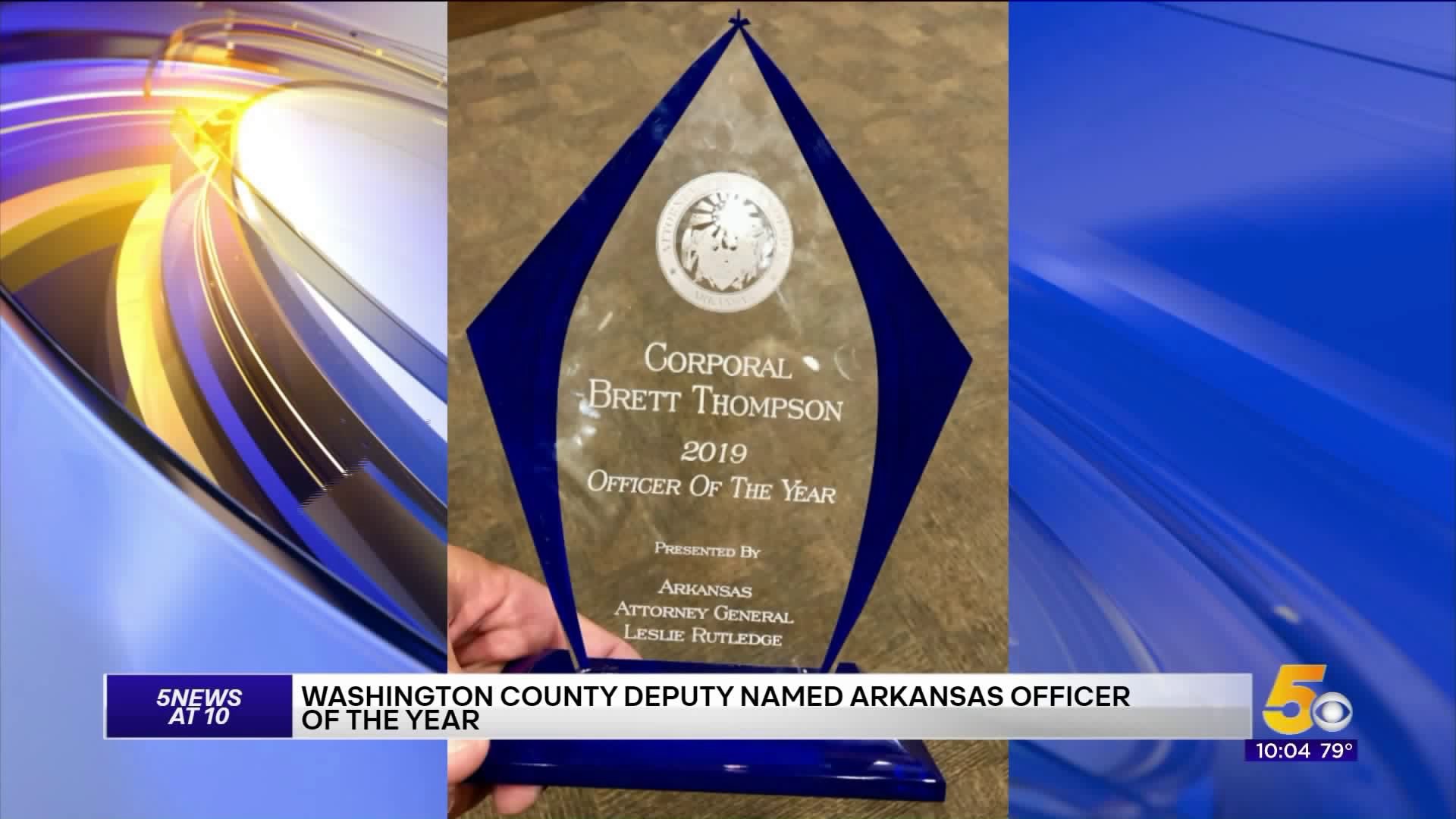 FAYETTEVILLE, Ark. (KFSM) — A Washington County sheriff's deputy who survived a shootout during a traffic stop and later helped apprehend the suspect has been named Arkansas Officer of the Year.

Thompson was among a record 672 officers nominated for this year's award, which was given out Tuesday (Oct. 1) by Rutledge during the 2019 Arkansas Law Enforcement Summit in Benton.

“I was honored to present the (award) to Cpl. Thompson for his bravery and grace under pressure,” Rutledge said.

“When a routine traffic stop turned in to a potentially deadly encounter, Cpl. Thompson’s brave actions and cool thinking ensured no one was injured. Arkansans are blessed to have so many dedicated men and women officers who continue to go above and beyond to protect our way of life.”

Cobos-Cenobio got out of his vehicle and immediately opened fire, prompting Thompson to shoot back while retreating to his patrol vehicle.

Portions of the shootout -- which lasted 53 seconds -- were captured by a bystander and dashcam from the deputy's vehicle.

“Each time I review the dashcam footage of the shooting, I’m reminded of how fortunate we are to still have Brett with us," Helder said.

"I know Brett instinctively reverted to his training and athleticism aiding in his surviving this horrific attack. Above it all, I’m certain God has great things in store for Brett and his family as He extended His hand of protection to him that day.”

After the shooting, Cobos led the sheriff's office on a pursuit that entangled Springdale officers and Arkansas State Police. He told police he "wanted to die" after surrendering in Springdale, according to a probable cause affidavit.

No officers were injured during the incident, but Cobos was treated for a gunshot wound to his shoulder.

Rutledge also recognized officers of the year for each county: