WARNING: Graphic Images – Dog Shot Through The Head With Arrow In Crawford County

ALMA, Ark. (KFSM) — A stray dog found a new home after being shot through the head with an arrow. Officers were called to the corner of Hwy. 282 and Zion road i... 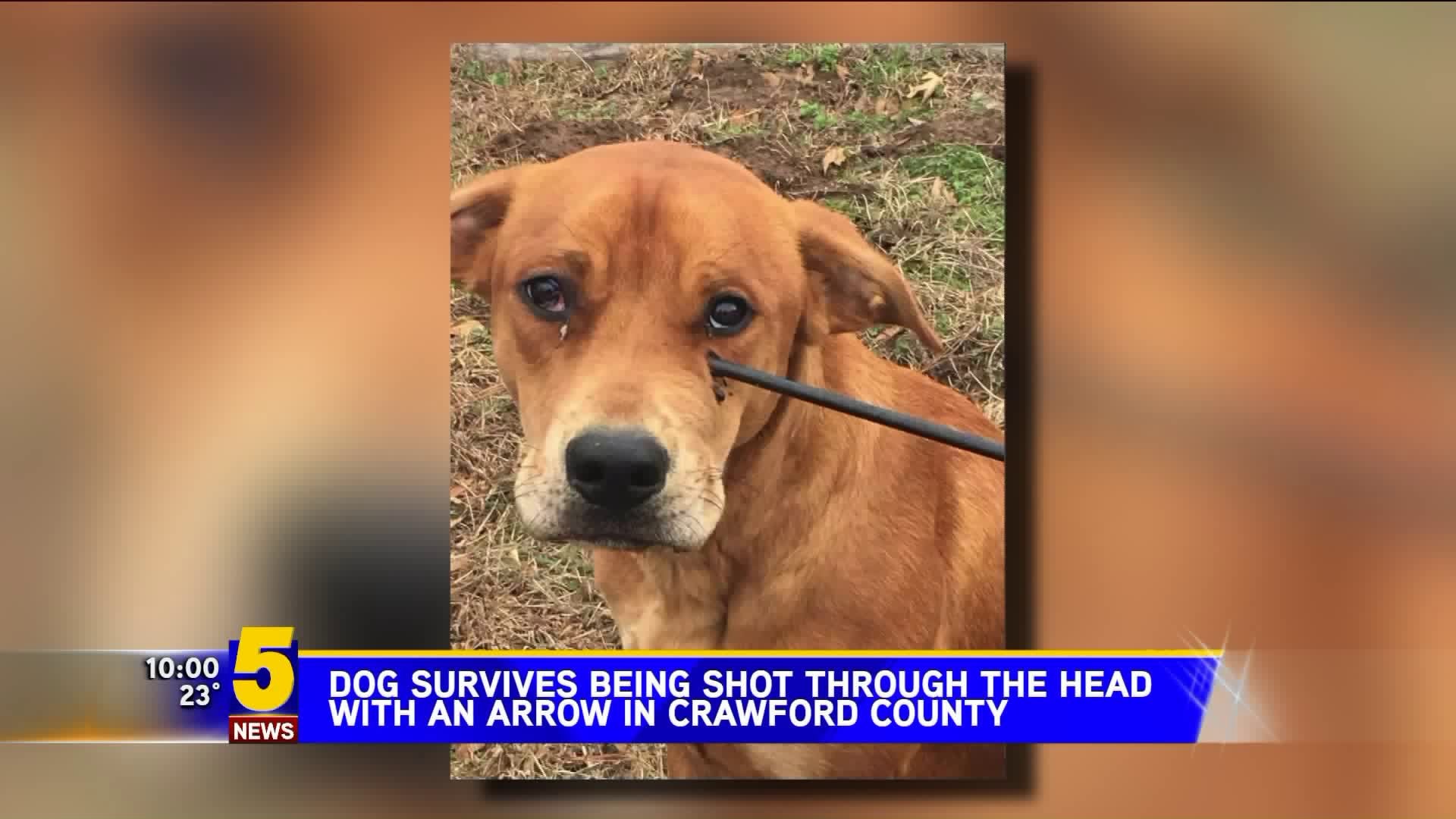 ALMA, Ark. (KFSM) — A stray dog found a new home after being shot through the head with an arrow.

Officers were called to the corner of Hwy. 282 and Zion road in Crawford County after receiving reports of a dog with an arrow through its head.

David Lowry of Fort Smith says he was shocked when he saw the images.

Officers went to five houses around the area to find the owner, but two residents said the dog was a stray that someone had dropped off. Residents also said that no one saw what had happened to the dog.

According to the police report, the stray was going to be taken to a veterinarian where he would be euthanized.

Shane Vaughn says he was driving home after lunch when a neighbor told him police were trying to catch a dog who had an arrow in its head.

Without hesitation, Vaughn sprung into action and went to the vet to rescue the dog.

According to Vaughn, the "cheap bullet-point arrow" had missed vital organs and he will be able to make a full recovery. The officer said the arrow was similar to something a child would use.

Vaughn said the dog was very friendly, never got defensive and was wagging his tail at the vet's office. He said the dog is a year old and is now named Chance.

According to Alma Animal Clinic, Chance was a very lucky dog and all injuries were non-life threatening.

Chance now has a fur brother named Gnome and a forever home.

"Joy, it's a good thing and the man that is adopting the dog is a saint. That's a bad story that turned out to be a good story," said Lowry.

Vaughn has now made a GoFundMe to raise money for a reward to find Chance's attacker.

WARNING: Graphic Images – Dog Shot Through The Head With Arrow In Crawford County