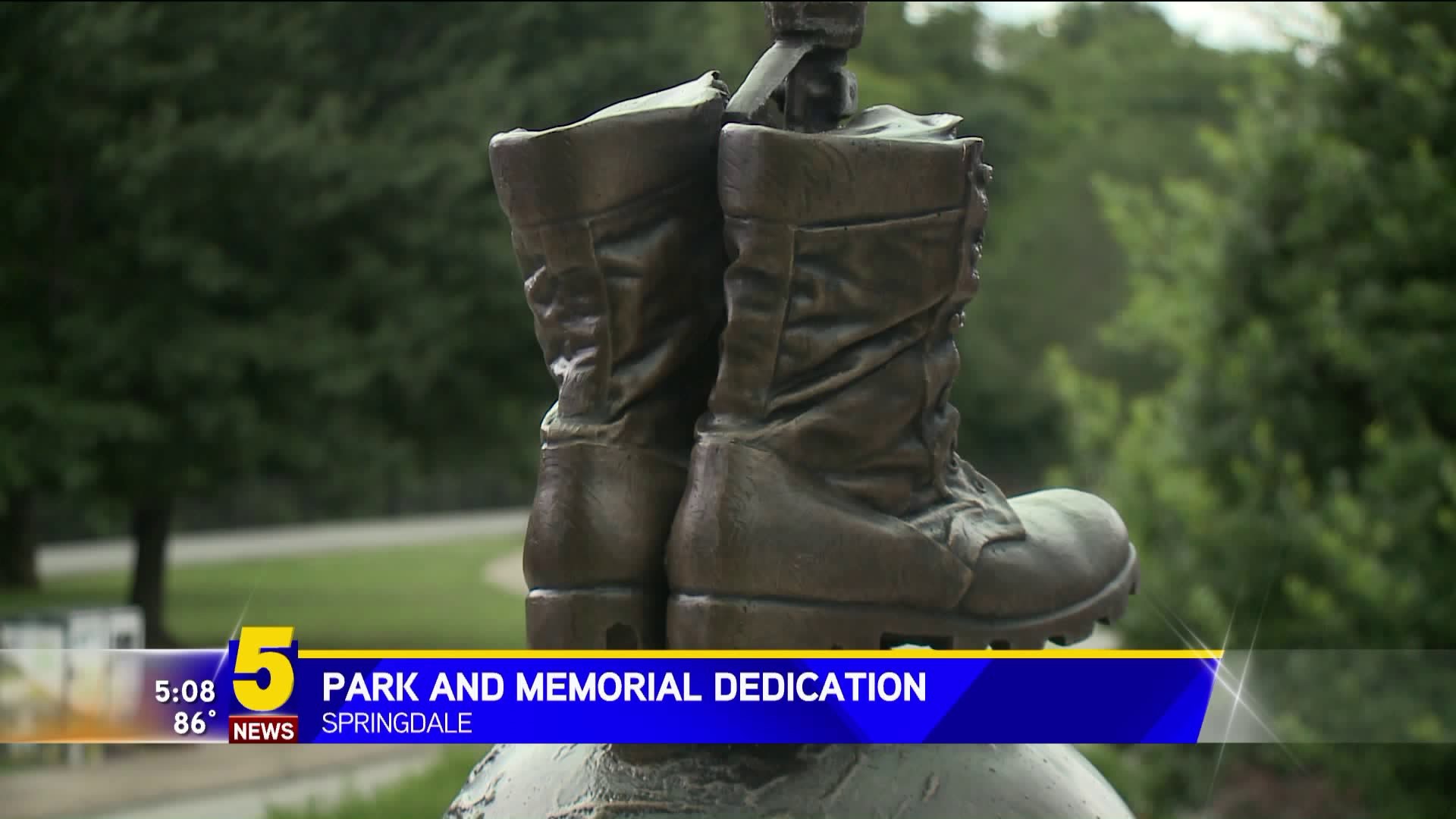 With the dedication of the new park, namesake Walter Turnbow told the crowd how thankful he was of the opportunities Springdale has given him in the past 70 years.

“It's not what I've done for Springdale, it's what it's done for me and the other people here to make it a good place for us to live,” Turnbow said.

"It's just going to be a great centerpiece for downtown and really help create that central place and destination that we know our downtown is heading toward with our revitalization,” Sprouse said.

The Fallen Soldier Memorial was also dedicated. It was Hogan Maestri's service project to achieve the rank of Eagle Scout, which is the highest rank in the Boy Scouts.

“I've always loved learning about history and the past and I've also always had a deep respect for military service men. So, I wanted to do something that would honor them,” Maestri said.

On the memorial are 56 names of Springdale fallen soldiers who died from WWI to today. Since there is no set list, Maestri had to research all of the names himself.

Mary Ellen Eden and her sister came to honor their uncle whose name is on the memorial, Raymond Alstott was killed during WWII.

“It was really great of this young man to make this memorial on behalf of all the soldiers but we were especially interested in Raymond Alstott,” she said.