Walmart To Stop Selling Electronic Cigarettes At Its Stores

NEW YORK (AP) — Walmart said Friday that it will stop selling electronic cigarettes at its namesake stores and Sam’s Clubs following a string of mysteriou... 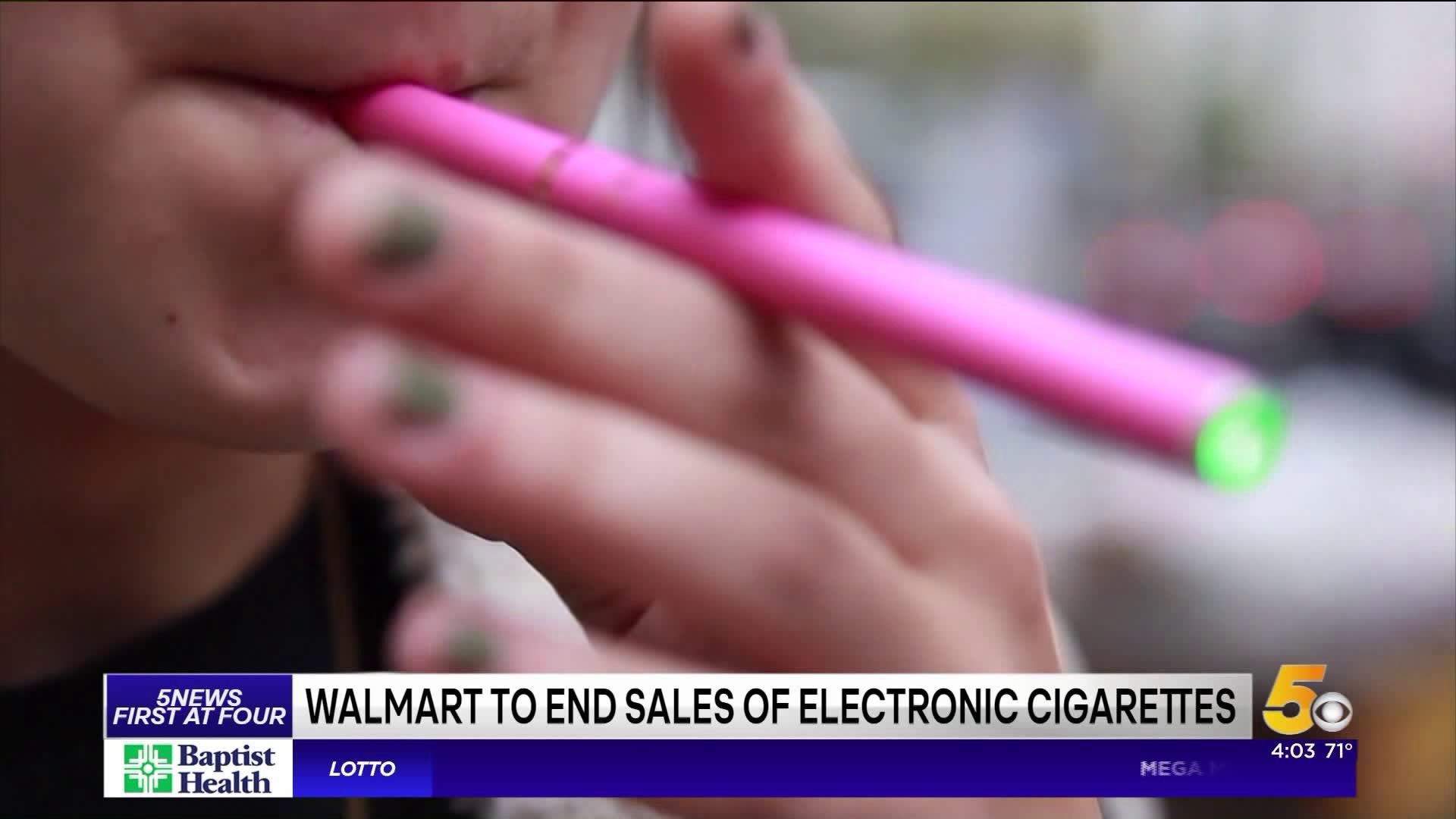 NEW YORK (AP) — Walmart said Friday that it will stop selling electronic cigarettes at its namesake stores and Sam's Clubs following a string of mysterious illnesses and deaths related to vaping.

The nation's largest retailer, based in Bentonville, Arkansas, said that it will complete its exit from e-cigarettes after selling through its current inventory.

The move is due to "growing federal, state and local regulatory complexity" regarding vaping products, the company said in a statement.

Michigan banned the sale of flavored e-cigarettes this week. A few local governments, including San Francisco, have passed bans on flavored tobacco.

E-cigarettes represent a very small part of Walmart's nicotine business, which also includes traditional cigarettes, smokeless tobacco and nicotine gum. But the vaping industry has come under increased scrutiny after the deaths and illnesses — along with a surge in underage e-cigarette use.

More than 500 people have been diagnosed with breathing illnesses after using e-cigarettes and other vaping devices, according to U.S. health officials. An eighth death was reported this week. But health officials still have not identified the cause.

In July, Walmart raised the minimum age to purchase tobacco products, including all e-cigarettes, to 21. It also said then that it was in the process of discontinuing the sale of fruit- and dessert-flavored electronic nicotine delivery systems.