VAN BUREN (KFSM) — An iconic toy celebrating real-life heroes is returning to store shelves, and to celebrate, Walmart is bringing real-life local heroes to its... 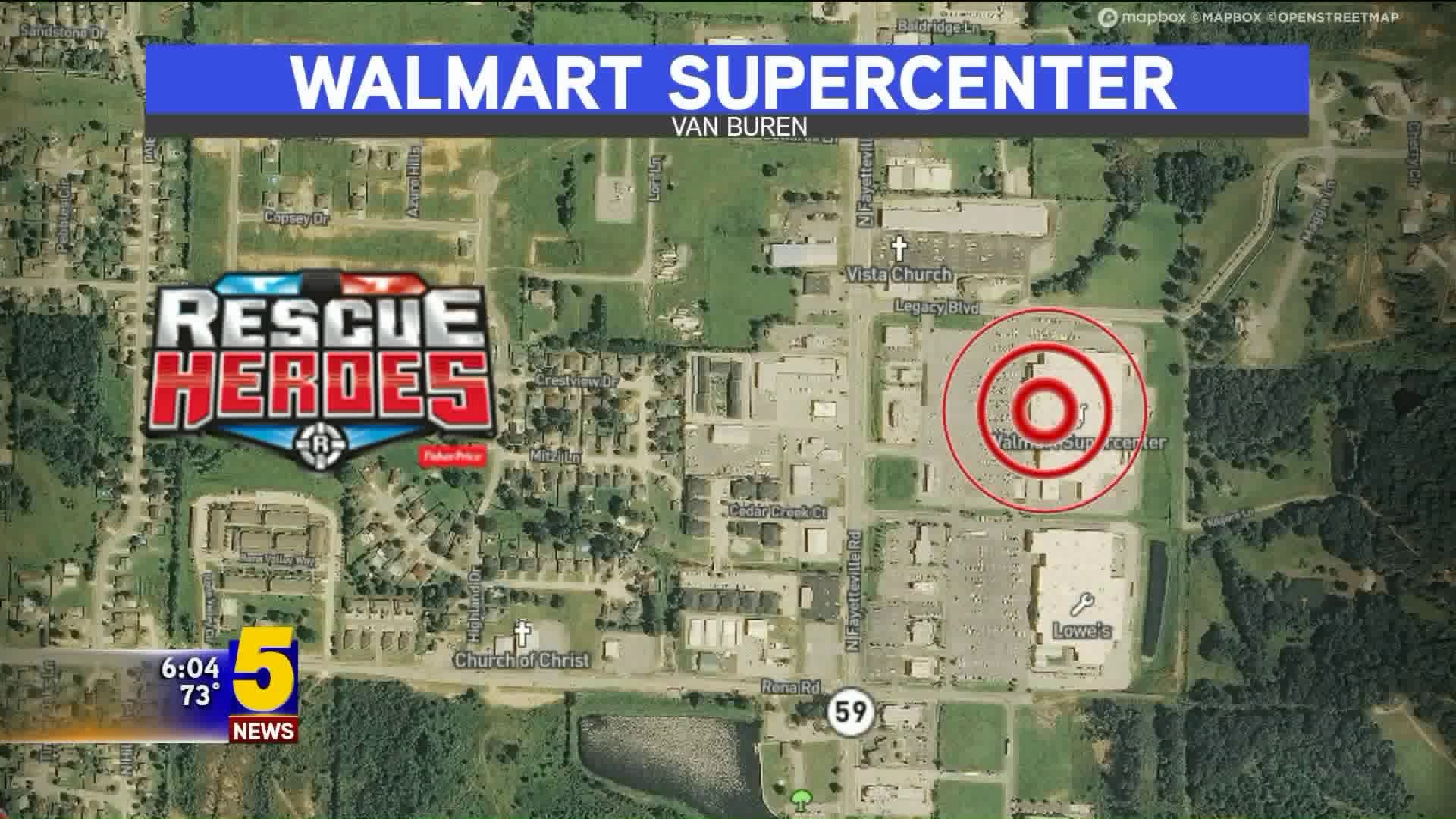 VAN BUREN (KFSM) — An iconic toy celebrating real-life heroes is returning to store shelves, and to celebrate, Walmart is bringing real-life local heroes to its stores to meet the public and show of their gear and vehicles.

Walmart is inviting kids in the River Valley and Northwest Arkansas to meet local firefighters, police and emergency responders at select stores this weekend and next during the Rescue Heroes Touch a Truck Experience. The events are in honor of the return of Fisher-Price's Rescue Heroes action figures, which will be sold exclusively at Walmart.

One of the events takes place today (July 5) in Van Buren at the Walmart at 2214 Fayetteville Road. There, kids of all ages can explore fire trucks or police cars, meet local officers and firefighters and have their photos taken with them, take pictures next to Rescue Heroes character cutouts, play with the new Rescue Heroes toys, take home a Rescue Heroes poster and get a chance to purchase the new Rescue Heroes action figures.

The event will move to Northwest Arkansas this weekend and next. Here are the other events scheduled:

Rescue Heroes toys were first introduced by Fisher-Price in 1997 and spawned an animated television show and several console games before taking a hiatus in 2007. The toys and animated show depict real-life firefighters, police and first responders and their equipment.

The Touch a Truck Experience events are free to the public.