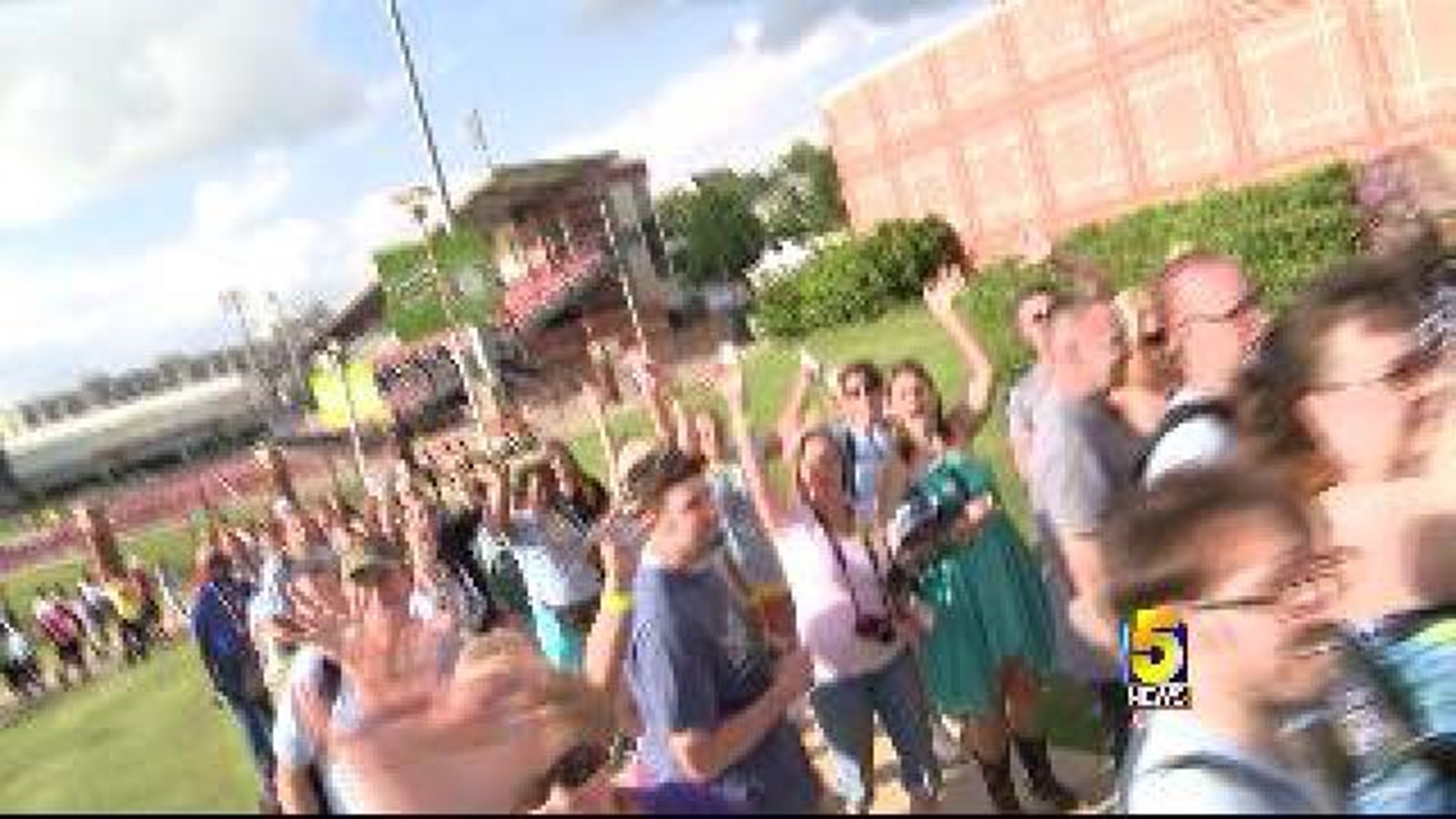 Thousands of the retail giant's associates made long lines to enter the arena and the excited was in the air as some chanted their way inside.

"I think we are just energized to be here," said Stephanie Bennet, associate from Canada. "We've met so many wonderful people."

Yvonne Stearns, associate from Indiana, is a Luke Bryan fan.

"I'm a country girl so I'm looking forward to it," Stearns said.

Thousands of associates exchanged country badges throughout the week sharing a piece of tradition. It was a total of 27 countries represented this week.

" Of the 27 countries that are here, these associates are some of the best and each one wants to represent the company in the best way," said José Luis Chacón, associate from Chile.

Friday's shareholders meeting is known for big stars and big names. However, the company kept it a secret from the associates and the public.

"It doesn't matter to me," said JJ Mcintyre. "I think it's going to be a great time no matter who's there."