Walmart Experiments With AI To Monitor Stores In Real Time

LEVITTOWN, N.Y. (AP) — Who’s minding the store? In the not-too-distant future it could be cameras and sensors that can tell almost instantly when bruised ... 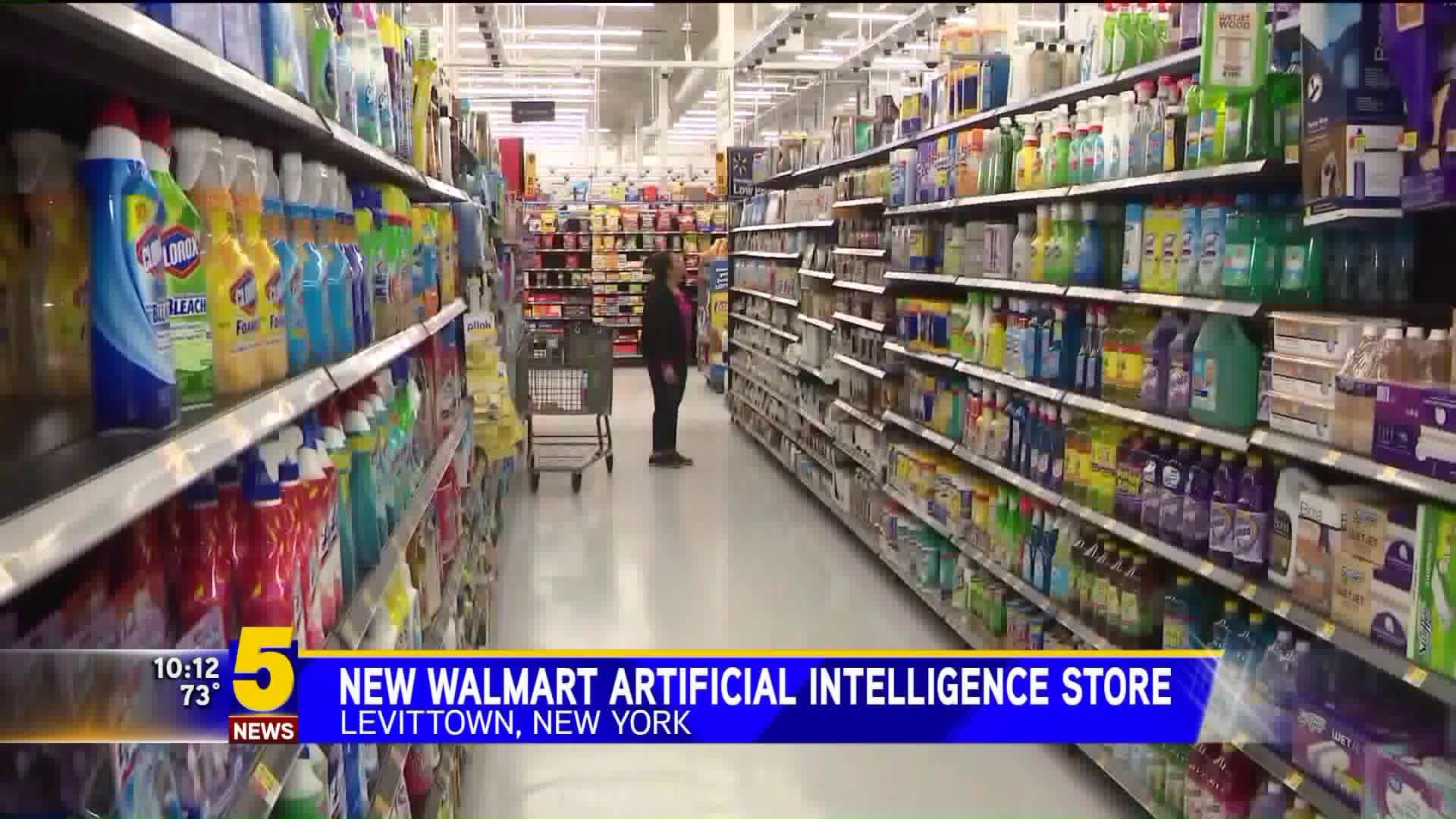 LEVITTOWN, N.Y. (AP) — Who's minding the store? In the not-too-distant future it could be cameras and sensors that can tell almost instantly when bruised bananas need to be swapped for fresh ones and more cash registers need to open before lines get too long.

Walmart, which faces fierce competition from Amazon and other online retailers, is experimenting with digitizing its physical stores to manage them more efficiently, keep costs under control and make the shopping experience more pleasant. On Thursday, the retail giant officially opens its Intelligent Retail Lab inside a 50,000-square-foot Neighborhood Market grocery store on Long Island.

Thousands of cameras suspended from the ceiling, combined with other technology like sensors on shelves, will monitor the store in real time so workers can quickly replenish products or fix other problems.

The technology, shown first to The Associated Press, will also be able to spot spills, track when shelves need to be restocked and know when shopping carts are running low. Cameras, for example, can determine how ripe bananas are from their color, and workers will get an alert on their phone if they need to be replaced.

Walmart's deep dive into artificial intelligence in its physical store comes as Amazon raised the stakes in the grocery business with its purchase of Whole Foods Market nearly two years ago.

That's put more pressure on Walmart and other traditional retailers like Kroger and Albertsons to pour money into technology in their stores. At the same time, they're trying to keep food prices down and manage expenses. Amazon has been rolling out cashier-less Amazon Go stores , which have shelf sensors that track the 1,000 products on their shelves.

Walmart hopes to start scaling some of the new technology at other stores in the next six months, with an eye toward lower costs and thus lower prices. As the shopping experience improves, the retailer expects to see higher sales.

"We really like to think of this store as an artificial intelligence factory, a place where we are building these products, experiences, where we are testing and learning," said Mike Hanrahan, CEO of Walmart's Intelligent Retail Lab and co-founder of Jet.com, purchased by Walmart three years ago.

Hanrahan says the cameras are programmed to focus primarily on the products and shelves right now. Sensors embedded in shelves will give the store extra information because they know what's at the back of the shelves that the cameras can't see.

Cameras do not recognize faces, determine the ethnicity of a person picking up a product or track the movement of shoppers, he says.

Some other companies have recently started experimenting with store shelf cameras that try to guess shoppers' ages, genders and moods.

There are signs throughout the Neighborhood Market educating shoppers about how it is being used as a lab. Still, the cameras could raise privacy concerns.

"Machine learning fundamentally finds and matches patterns," says Steven M. Bellovin, a computer science professor at Columbia University and a privacy expert, who hasn't seen the new Walmart AI Lab. But he says companies run into trouble when they start to match behavior to a specific customer.

Hanrahan says Walmart has made sure to protect shoppers' privacy and emphasized that there are no cameras at the pharmacy, in front of the rest rooms or in employee breakrooms.

The lab is Walmart's second in a physical store. Last year, Walmart's Sam's Club opened a 32,000 square foot lab store, a quarter of the size of a typical Sam's Club. The lab is testing new features surrounding the Scan & Go App, which lets customers scan items as they shop and then buy from their phones, skipping the checkout line.

The retail lab is the third project from Walmart's new incubation arm, created after the Jet.com acquisition as a way for the discounter to shape the future of retail.

It follows the launch of Jetblack, a shopping by text service aimed at affluent shoppers in New York. Walmart's second incubation project was Spatial&, a VR tech company. As part of the launch, it's bringing tractor-trailers to some of Walmart parking lots so customers can experience DreamWorks Animation's "How to Train Your Dragon" through virtual reality.

Hanrahan says the company is embracing the labs in stores to better understand the real ways that technology affects customers and workers. It also wants to educate shoppers. Walmart has made a point to not hide the technology, and small educational kiosks are set up throughout the Neighborhood Market. Shoppers can peer through a glass enclosed data center at the back of the store. It houses nine cooling towers, 100 servers and other computer equipment that processes all the data.

Despite the signs and visible cameras, many shoppers, including Marcy Seinberg from Wantagh, New York, didn't seem to notice or care.

"I am not bothered by it," Seinberg said. "If technology saves me money, I would be interested."

Inside the first AI-powered @Walmart. The Neighborhood Market in Levittown has A LOT of cameras, sensors and computers.
Take a tour as we ask about the cool tech, privacy concerns, and how this stacks up to Amazon... on @PIX11News at 5pm pic.twitter.com/d334X0GkVK