Walmart Closes In Mansfield Leaving Town With No Pharmacy

MANSFIELD (KFSM)–Thursday (Jan. 28) was the last day for the 10 Arkansas Walmarts that were set to close. At least one of those stores left a town without... 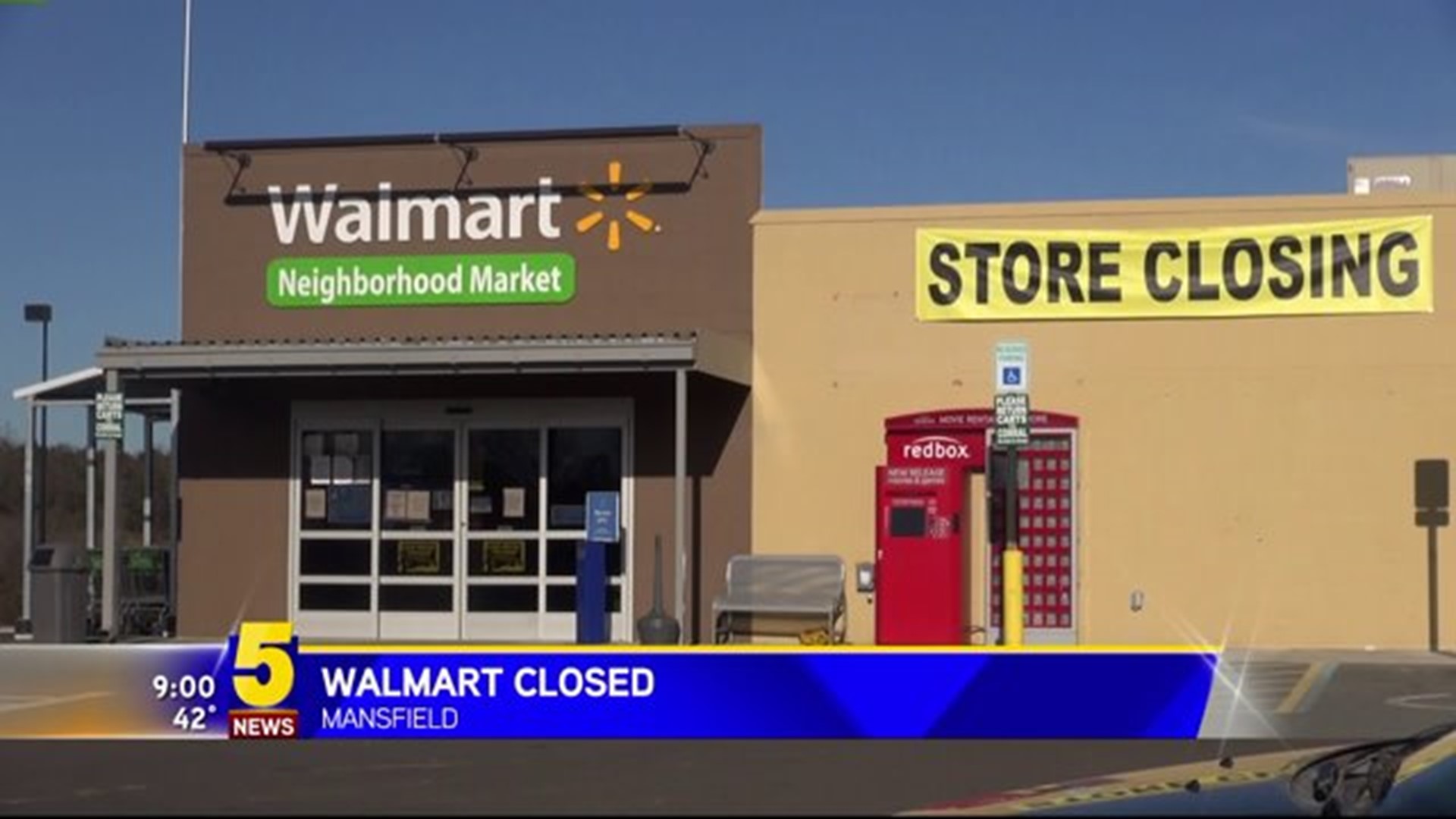 MANSFIELD (KFSM)--Thursday (Jan. 28) was the last day for the 10 Arkansas Walmarts that were set to close.

At least one of those stores left a town without a pharmacy, the location in Mansfield.

Henley said for the past 13 months that the store has been open, he has used its pharmacy, but now Mansfield residents will have to travel to get their prescriptions.

'”Yeah, what if I get sick,” Henley asked. “I'll have to go to Fort Smith or Greenwood to the pharmacy or Booneville.”

Henley said that it is frustrating to have to go somewhere else for medicine, but for the elderly or disabled, it is a hardship.

“I was in here early this morning, and there was lady that was in a wheelchair that came in trying to get to the pharmacy before it closed tonight,” said Marsha Stringer, a Walmart customer.

She said there needs to be a pharmacy in town.

“I think that's sad that the elderly have to go, drive,” Stringer said.

Mansfield mayor, Larry Austin, said it might not be a problem much longer.

'”As a result of the closing, we're probably going to have two pharmacies here in town,” Mayor Austin said.

Austin said one of the pharmacies should be ready to go in a couple months, and since the Walmart building is for sale, another business could move in there.

“I think we'll bounce back better than it was,” Austin said. “If we get two pharmacies and a business in that building, it may be more.”

Austin said he is not sure what business will move into the Walmart building, but the first pharmacy is set to open in 60 days next to the Subway in Mansfield.

The second pharmacy will be located downtown, but there has not been an opening date set for that location.