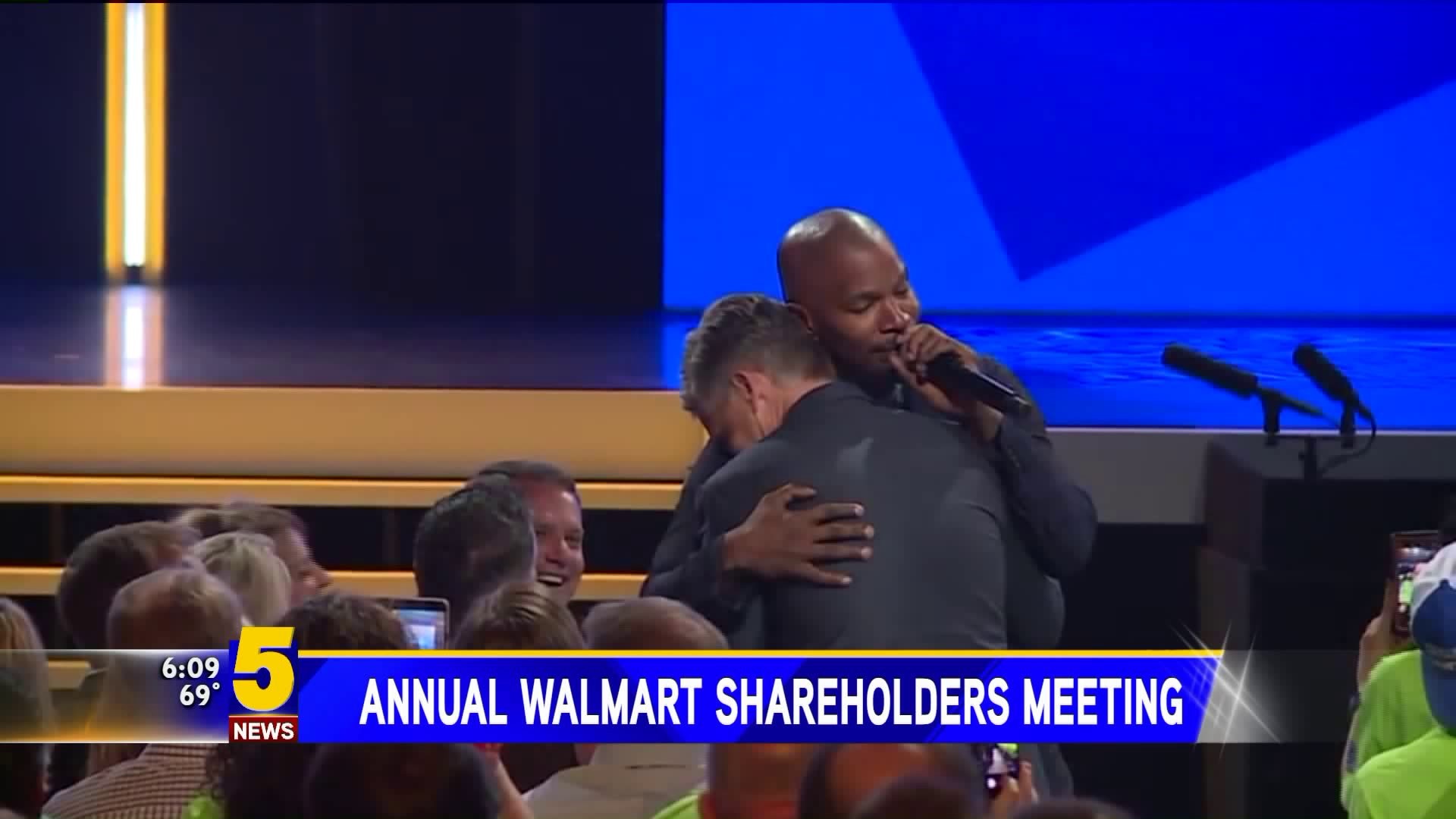 Established in 1970, the annual event has been a way for Walmart to mix business discussions while celebrating associates from across the globe for their work with the Bentonville-based retailer.

The John Q. Hammons Convention Center in Rogers will host Walmart's formal business meeting focused on shareholder proposals, which include a request to strength prevention of workplace sexual harassment and another to adopt cumulative voting.

The latter proposal would allow each stockholder would have as "many votes as shall equal the number of shares he or she owns multiplied by the number of directors to be elected, and he or she may cast all of such votes for a single candidate, or any two or more of them as he or she may see fit," according to the proposal.

Walmart's board of directors has recommended shareholders vote against both proposals.

Democratic candidate for president U.S. Sen. Bernie Sanders was invited by Walmart workers to attend this year's shareholders meeting and present another proposal which would allow worker representation of Walmart's board of directors.

Sanders, an unrelenting critic of Walmart's treatment of its hourly workers, told The Washington Post "These workers need and deserve a seat at the table. If hourly workers at Walmart were well represented on its board, I doubt you would see the CEO of Walmart making over a thousand times more than its average worker."

Walmart counters Sanders' criticism by pointing to investments employees that include expanded paid time off, increased wages and more benefits.

"Since the beginning, a cornerstone of Walmart’s culture has been engaging frontline associates in the management of the company, and we’re proud of the fact that 75% of our U.S. management associates began their career as frontline hourly associates," the company said.

A concert at Bud Walton Area is also scheduled for later in the week. Past performers have included Taylor Swift, Miley Cyrus, Aerosmith, Beyonce and Tim McGraw.