WALDRON (KFSM) — An assistant principal with the Waldron School District is facing up to five counts of first-degree sexual assault after she was accused ... 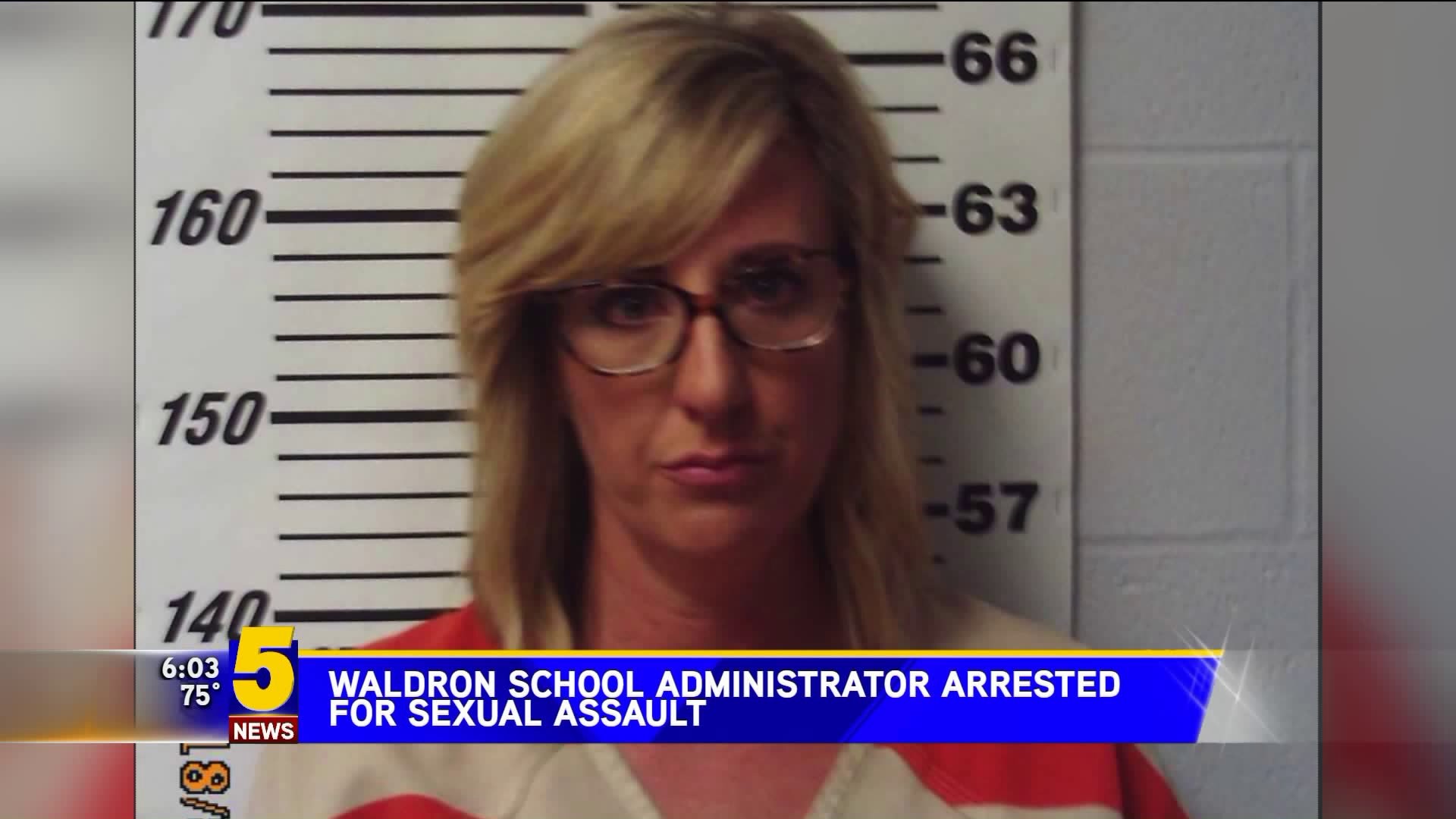 WALDRON (KFSM) -- An assistant principal with the Waldron School District is facing up to five counts of first-degree sexual assault after she was accused of having a sexual relationship with a 16-year-old student.

Jessica Williams is also charged with one count of tampering with evidence. She was in the Scott County Detention Center on Tuesday (Aug. 14) on $100,000 bond.

The letter and tip claimed a female Waldron school administrator was having an ongoing sexual relationship with the teenage student. Police were notified and began investigating on Monday, Aug. 13.

Investigators and the school resource officer interviewed the male student Monday afternoon at the police department.

The student admitted he'd been having a sexual relationship with Williams since early in the summer. He also said they had exchanged "inappropriate" photos on several occasions.

Investigators then interviewed Williams at the Waldron Public School Central Office that afternoon.

During the interview, police said, she admitted to having sexual contact with the student on several occasions. She was then arrested and taken to the county jail, police said.

"We have a former employee who resigned last night at the board meeting. It is under police investigation."

One parent of a student in Waldron told 5NEWS the investigation is unsettling.

"Being a mom of a girl, a little girl. It makes me really nervous and going into school with people you're supposed to trust with your kids. And then stuff like that happening, does not make me trust them." said Cheyanne Watkins.