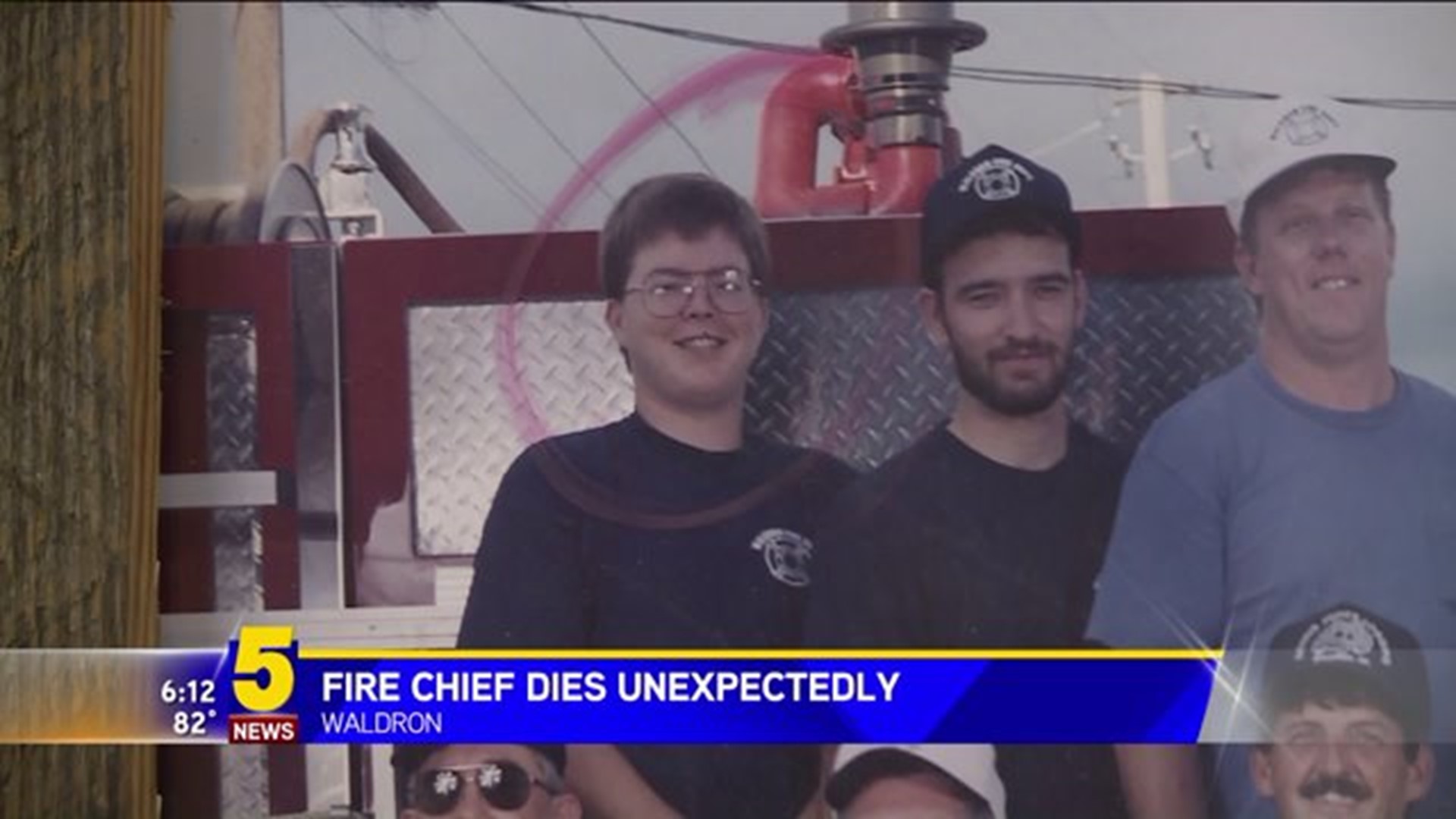 Watkins quit breathing in his sleep and was taken to the hospital early that morning, according to Police Chief David Millard. Watkins had just been married days earlier.

“The young lady is a widow already after just two or three days of marriage,” Chief Millard said.

Now his son will be without his dad. Chief Millard said he can’t wrap his head around the fact that his co-worker on the volunteer fire department is gone.

“It was just a sudden thing,” Millard said. “I went to the hospital, and after I got there I was told that it was not good that he had deceased.”

Jack Williams was one of Watkins' neighbors.

“He and my son are good friends and he was a good person,” Williams said. “He was a very religious man.”

“His passion was being on the fire department,” he said. “Even though he was a chief, a lot of times he was the first person to grab a hose and squirt water.”

“He will be missed,” Willams said.

Chief Millard said memorial services for Watkins will be held at the Heritage Memorial Funeral Home in Waldron, but the date hasn’t been set yet that we know of.

His wife Tiffany Watkins declined to do an interview with us Tuesday (April 5), but she said in a statement to 5NEWS, "My husband was the most amazing man I've ever known and my heart is truly broken."