ROGERS, Ark. (KFSM) — Walmart Shareholders on Wednesday (June 5) defeated proposals to add hourly workers to the company’s board of directors and adopt cu... 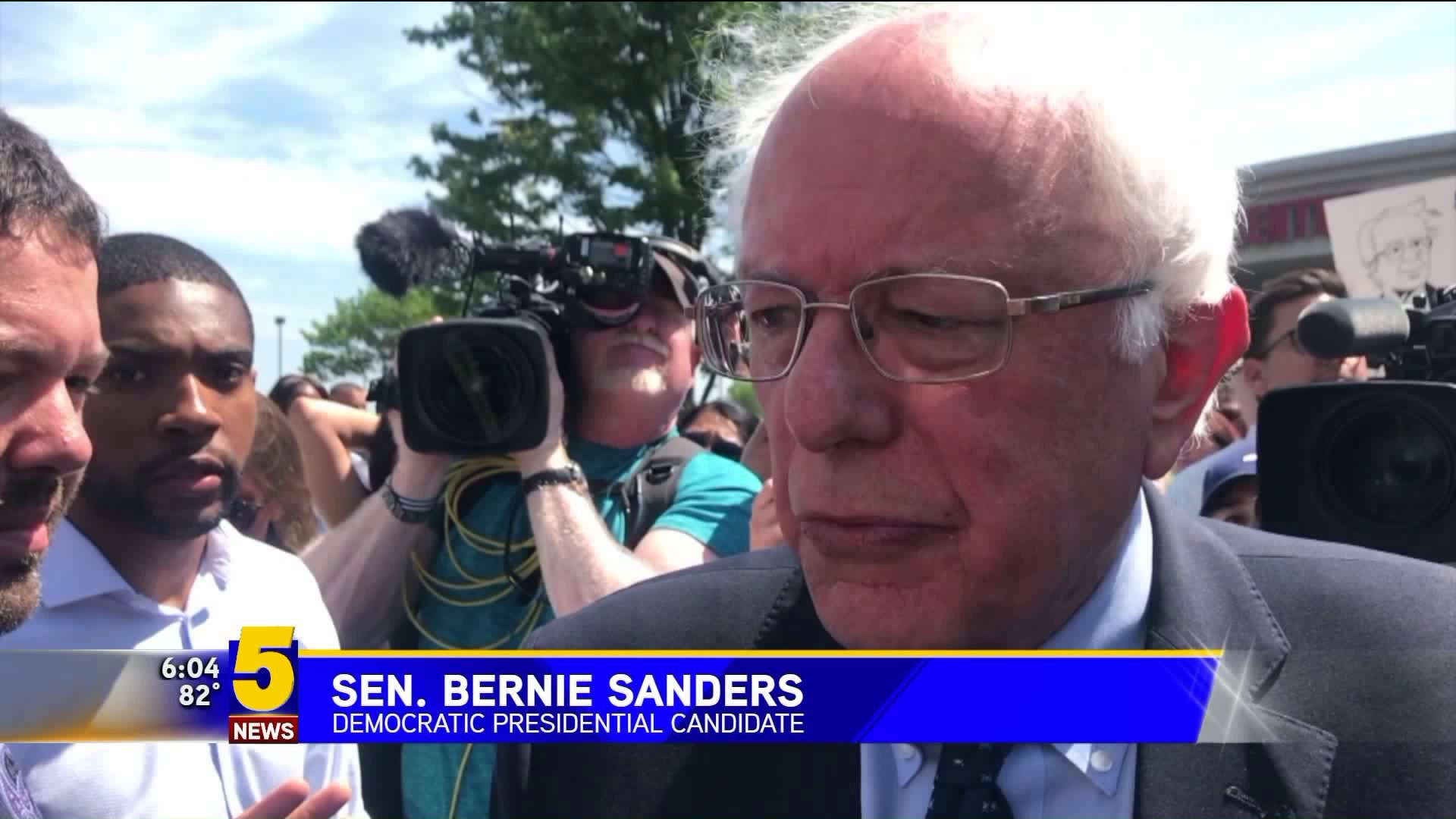 U.S. Sen. Bernie Sanders had been invited by a coalition of workers to demand that Walmart raise its employees' average page to a "living wage" of $15 an hour, as well as allowing hourly workers to have a representative on the board. Both ideas have been opposed by Walmart.

Sanders said that Walmart paid "starvation wages" to some of its employees and that many had to rely on government programs, such as SNAP benefits.

"Frankly, the American people are sick and tired of subsidizing the greed of some of the largest and most profitable corporations in this country," he said.

"They are also outraged by grotesque level of income and wealth  inequality in America, as demonstrated by the CEO of Walmart making 1,000 times more than the average Walmart employee."

With the adoption of the proposal, Sanders said, "Walmart can strike a blow against corporate greed and a grotesque level of income and wealth inequality that exists in this country."

The proposal failed to pass, along with a proposal to strengthen the prevention of sexual harassment.

Walmart President and CEO Doug McMillon alluded to the hourly worker's proposal, mentioning "the importance of listening to and investing in our associates."

McMillon opened the meeting by defending Walmart's policies on its wages and benefits for its store employees, which it calls "associates."

"We've invested in our associates with higher pay, training and education, in new technology for our associates, in lower prices for our customers and our e-commerce business to ensure our future," McMillon said.

He said the investments "hurt" earnings for years, but that the decisions are working, citing growing sales in the last few years.

McMillon said the company had moved up starting wages for associates by 50 percent in the last four years.

"In fact, over the last four years, we've invested an incremental $4.5 billion in pay beyond our traditional annual wage increases for our U.S. store and club associates," he said.

McMillon called on Congress to increase the national living wage, which he said was "lagging behind."

"It's time for Congress to put a thoughtful plan in place to increase the minimum wage," he said.

McMillon also touched on the company's sustainability initiatives and its philanthropy.

"We're not perfect, but together we're listening, we're learning, we're changing," he said. "This is a company you can be proud to invest in."

Rachel Brand, executive vice president of Global Governance and Corporate Secretary, took the podium to introduce the six proposals up for vote during the meeting.

She said 1,000 women were surveyed by the group, and 48 percent said they had been harassed.

Curtis called for more accountability for those accused of harassment, as well as better tracking of sexual harassment claims and what happens to those claims as they move through the chains of command.

Brand said they didn't support the proposal, but they had "policies in place" to help prevent and address sexual harassment within the company and its stores.

Greg Penner, Chairman of the Board, concluded the meeting by stating that Walmart was doing its part to change and adapt to help the country and the economy, including hiring more veterans than any other company and offering debt-free college benefits to high school and college workers and offering $1 a day college education benefits.

"Our associates are doing an incredible job, and we will continue to invest in them," he said.