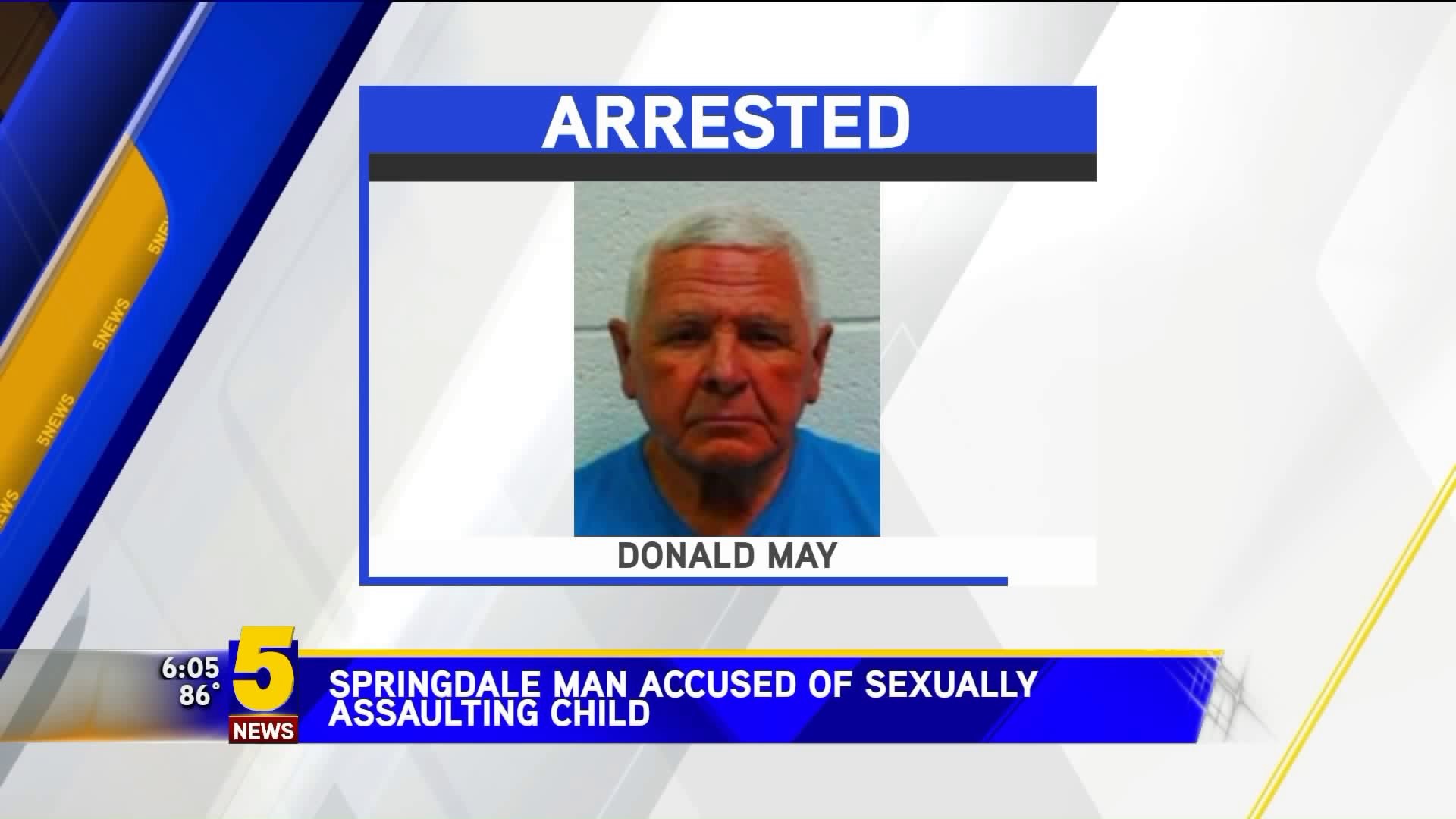 Donald Steward May, 68, had a warrant from Springdale police for second-degree sexual assault stemming from allegations that May assaulted the girl sometime between June 2018 and January, according to court documents.

West Virginia State Police arrested May on June 10, but an agency spokeswoman wasn't immediately able to confirm the circumstances of his arrest.

However, a local newspaper reported May was arrested for sexually assaulting a 10-year-old girl in Bob White, an unincorporated community in rural Boone County about 45 miles south of Charleston.

According to the Coal Valley News, a man reported Way for "inappropriately" touching the girl on June 3.

May was being held Wednesday (June 26) at the Southern Regional Jail on a $500,000 bond. Jail records also showed a fugitive charge for May.

In Arkansas, second-degree sexual assault is a Class B felony, which is punishable by up to 20 years in prison and a maximum fine of $15,000.