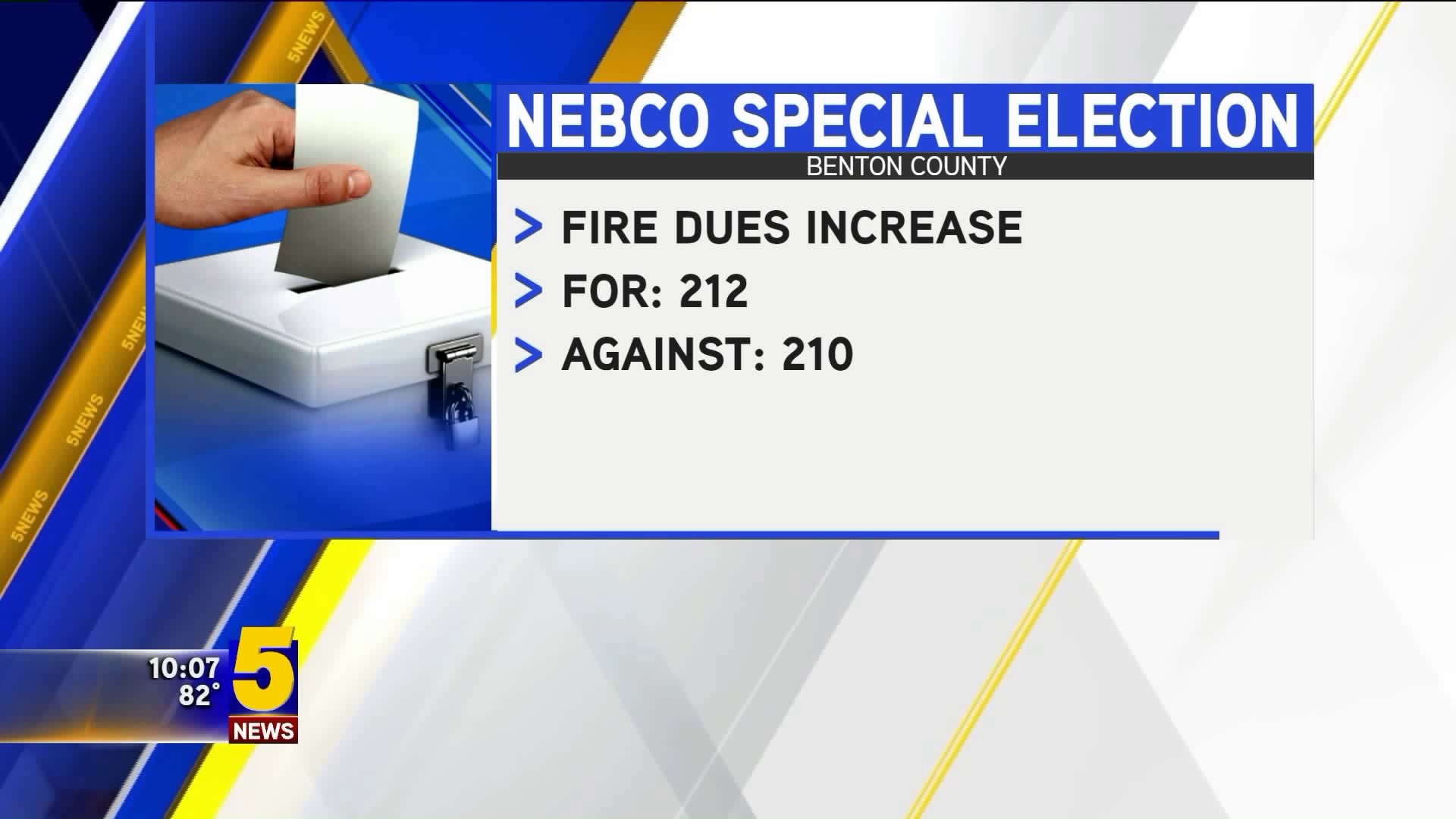 The special election passed by 2 votes, 212 for and 210 against raising the fire dues. It has been 19 years since NEBCO's last dues increase.

The passage of this increase means that there will now be two paid positions for firefighters four days a week. The department might also be able to replace aging and expired equipment. The vote does not include EMS dues.

The dues amounts are a three-tiered system that is based on the county appraised value on property. The dues are not a tax, they are the amount of the fee for fire protection.

Here are the current dues amounts and then the proposed due increase amounts.

The current dues for fire only are as follows: