Volunteers Show Up To Tidy Up Lake Tenkiller

LAKE TENKILLER (KFSM) — It’s a long road ahead to clean up a popular summer destination. The lake experienced 31 feet of flooding earlier this year and wh... 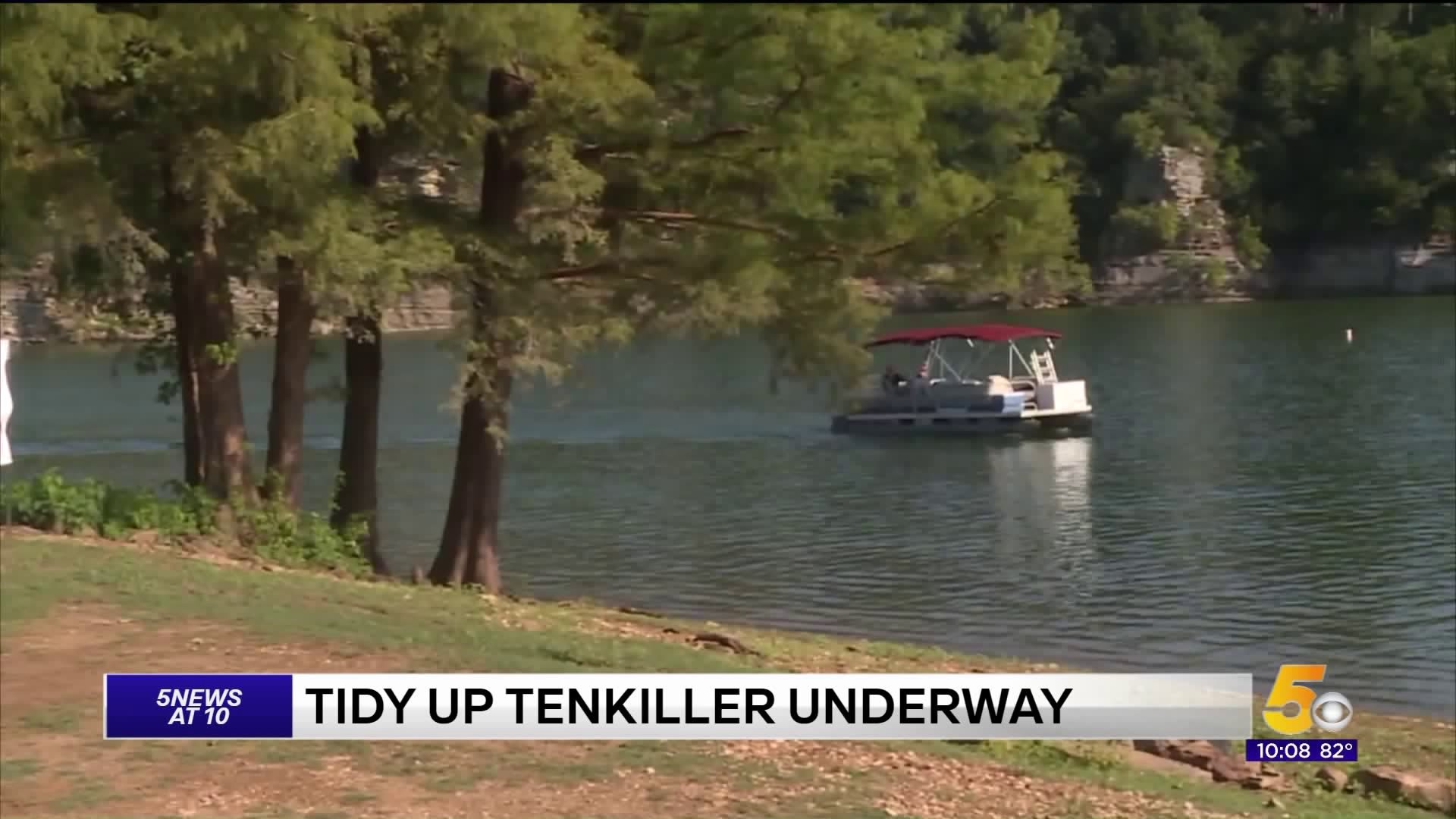 LAKE TENKILLER (KFSM) — It's a long road ahead to clean up a popular summer destination.

The lake experienced 31 feet of flooding earlier this year and while the water is still high, locals have come together for an event called "Tidy Up Tenkiller" to clear all of the debris.

Thursday (Aug. 15) through Saturday (Aug. 17) volunteers will be helping tidy up Lake Tenkiller.

"I’ve lived here for 27 years and this is a beautiful Lake and if we don’t do things like this it’s not going to be that beautiful," John Ellis said.

Ellis says the idea came together after a tornado and major flooding left the shoreline covered in debris.

Ellis lives right on the water and says during the summer season he sees hundreds of thousands of people enjoying the water, but with all the traffic and no annual cleanup effort, that's when it became clear something needed to be done.

Today was the first day of the cleanup and Ellis says volunteers already filled two dumpsters.

"I took my pontoon boat and drove it up to the bank and held it there with my two helpers footed it up the hill and carried the stuff down," Ellis said.

Keys Fire Chief Yogi Cole says his team has a supplies checkpoint at their station.

"Takes a lot of people, it’s a lot of shoreline," Cole said.

Ellis says at least a dozen other boats came out to help clean up, but it's a big lake and there is still a lot of ground to cover.

"There’s lots of pieces of stuff out there, everything you can imagine anywhere from door handles, to, you just can’t imagine what’s floating around out there," Ellis said.

Cole and Ellis say they have already had about 30 boats RSVP for tomorrow but there is always room for more.

"Put on the water and you have a good time while doing it and do something good for the lake," Ellis said.

There will be multiple checkpoints at the fire stations and coves surround the lake as cleanup efforts continue.

Coordinators say that at the end of each workday there will be a hot dog lunch and gifts for each volunteer.