MOFFETT, Okla. (KFSM) — Calvary Relief is a missionary organization that travels the country helping those impacted by disasters. “We first started doing ... 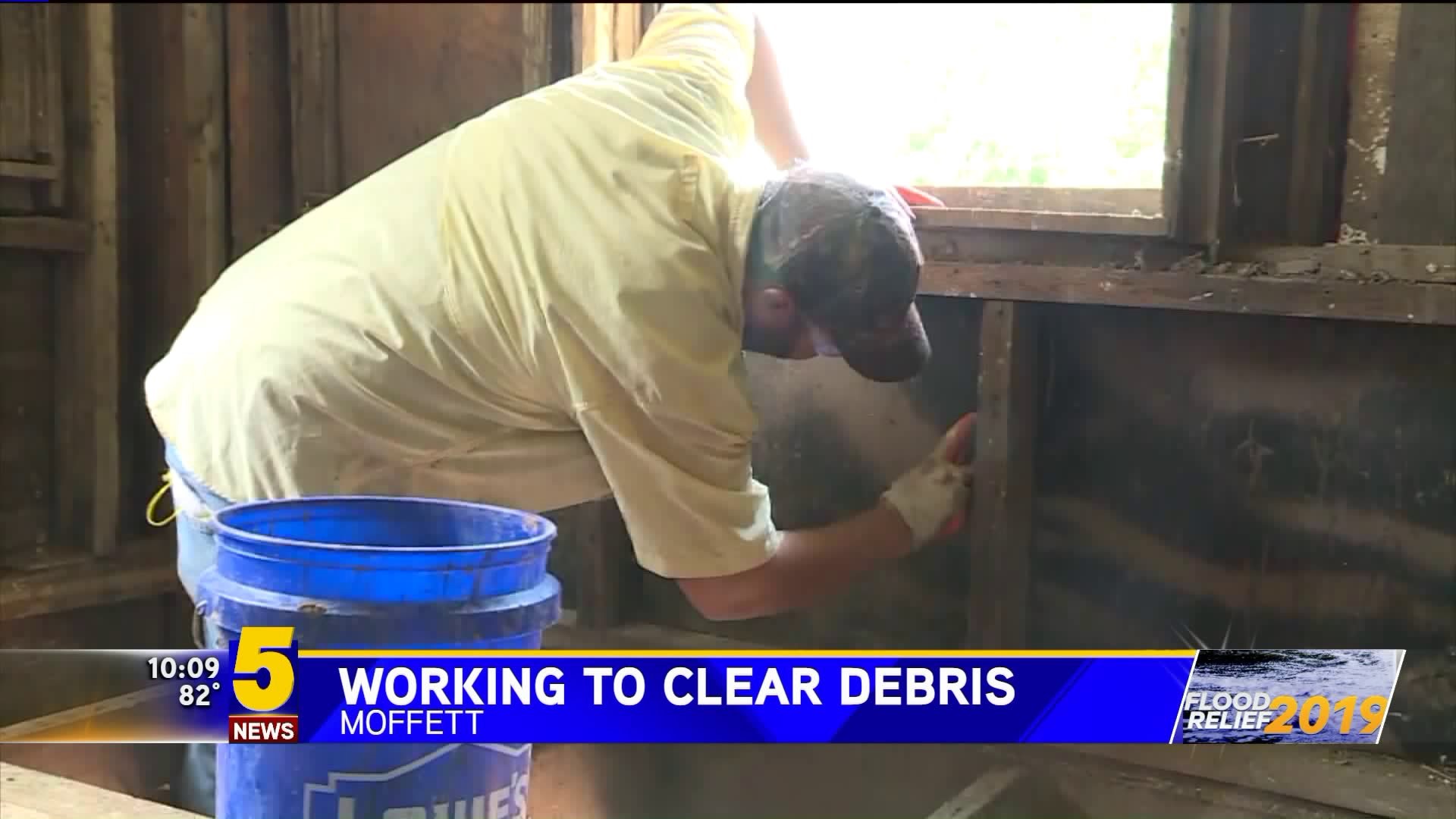 MOFFETT, Okla. (KFSM) — Calvary Relief is a missionary organization that travels the country helping those impacted by disasters.

"We first started doing this part time and in 2012, we went to Hurricane Sandy for two weeks and came back two and a half months later and figured that's what the Lord wanted us to do full time," Pastor Curt Hencye said.  "Now we live in a trailer and we literally move to wherever we're doing disaster relief and we stay long term."

The group does do everything from the initial clean-up to rebuilding.

"(We have) just the ability to help people that don't have any hope or don't know what to do and just to mostly let them know that the lord hasn't forgotten about them," Hencye said.

Hencye says he plans to work on one home at a time until the job is done.

Also in Moffett, residents like Joshua Burgess are still busy preparing their homes for the next steps.

"It's going to be a process, hopefully in the next few weeks and we can start going back in there replacing the studs, putting up drywall and stuff," Burgess said.

Burgess says the owner of the company he works for, Crawford Construction, helped the owner of four properties after learning he was battling cancer and can't oversee construction.

"Immediately after the water receded he got us in here and we went to work on stripping all four of these houses out. Gutting them out and getting them ready for the next phase of reconstruction," Burgess said.

Moffett still has a lot of work ahead of it but with the help of volunteers, anything is possible.

To volunteer or donate to Calvary Relief click here.