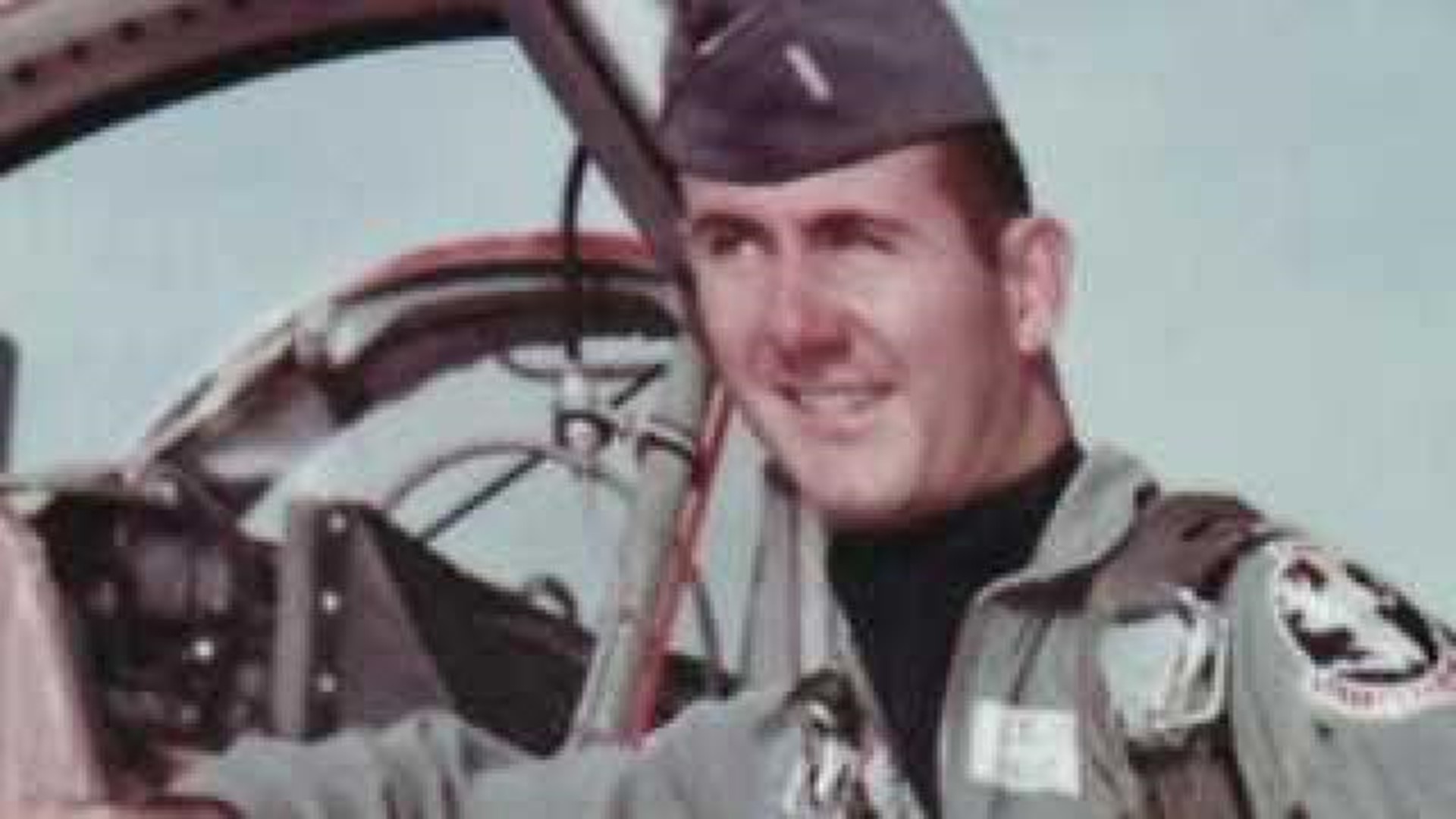 Capt. Meroney was presumed dead after his plane was shot down in March 1969 flying over Laos during the Vietnam War. He was 26.

His son Kelly was 4-years-old and his daughter Kimberly was 2 when Meroney died.

"It was very difficult, but coming from a military family, which he was from and my mom's side of the family as well, we understood what it meant and we were very proud of him," Kelly Meroney said Saturday.

Air Force members honored Meroney and remembered their friend who went by the nickname, Mike.

"Mike was very, very serious, from day one and we all knew he was going to be a very good pilot." said Thomas Hopper, who was Meroney's commander.

His Air Force brothers said they thought this day would never come.

"He was out in the middle of a Laotian jungle, and if you've ever seen anything like it, it's thick," and hard to find, friend Jim Kelly said.

From the service, the Northwest Arkansas Patriot Guard Riders escorted Meroney's remains to the Fairview Memorial Gardens. Meroney received the ultimate salute with a Air Force fly over.

Four airplanes flew in formation and one of them separated to represent the loss of one of their airmen.

Meroney's son and daughter received U.S. flags in his honor. Kelly Meroney said  the ceremony gives the family closure, which is something they haven't had in more than 40 years.

"That means a lot, we can go somewhere and pay our respects and visit and be able to remember," said Kelly Meroney.

Meroney's remains were found last year after excavation teams located his military identification. Now, he's here in his final resting place next to his wife, Connie.

A permanent display has been set up in the Fort Smith Air Museum to honor Meroney and his late father Virgil Meroney, who was a colonel in the Air Force.

Click here to see the coverage of a homecoming ceremony when Meroney's remains were returned to the region.