UPDATE: Almaraz has been captured in Texas. ROGERS, Ark. (KFSM) — Police responded to a shooting outside of a Rogers restaurant Tuesday (June 11) and 5NEWS has ... 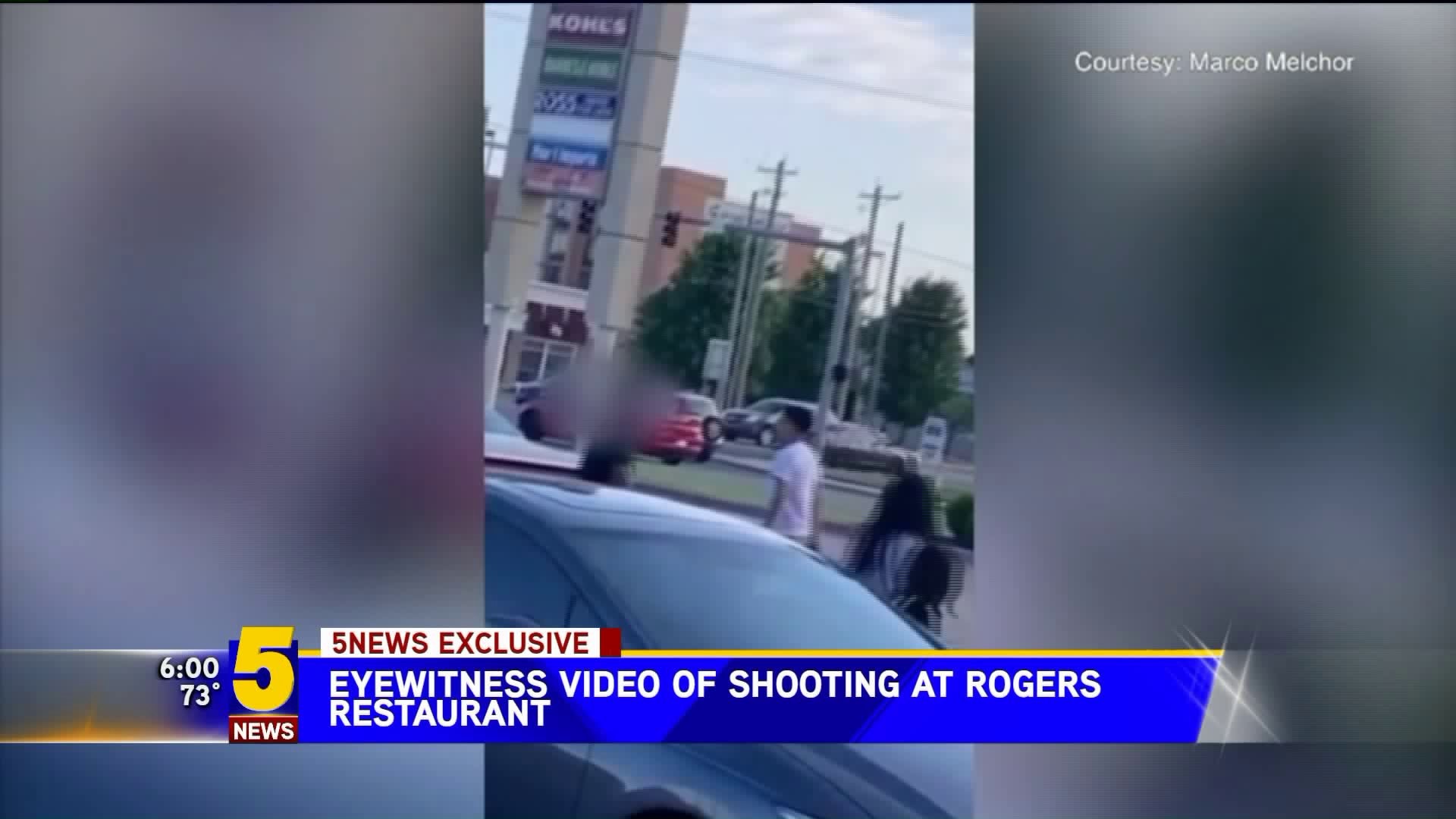 UPDATE: Almaraz has been captured in Texas.

ROGERS, Ark. (KFSM) — Police responded to a shooting outside of a Rogers restaurant Tuesday (June 11) and 5NEWS has an exclusive video showing the intense moments that led up to the gunfire.

The shooting happened around 7 p.m. Tuesday in the Freddy's restaurant parking lot near I-49 and Walnut in Rogers.

Eyewitnesses say they heard two men yelling at one another, and that's when they pulled out their phone and began to record.

In the video, you can see one of the men pull out a gun, shoot the victim in the leg and then run away.

Marco Melchor says he and his fiance were walking out of a nearby business when they saw the shooting.

"I started recording then I noticed one of them had a gun and he was just kinda having it down at his waist," Melchor said. "The more the other guy approached him he just started pointing it at him and he said 'if you come any closer I’m going to shoot you'."

Melchor says he and everyone around him were in complete disbelief.

"They were pretty much surprised," Melchor said. "You saw a lot of people kind of duck behind their cars and I know a lot of businesses there locked their doors, they weren’t letting people in. But yeah everybody was pretty shocked."

Melchor says he and his fiance couldn't drive away because their car was parked right next to the gunman.

"We actually parked right next to one of the people," Melchor said. "I think the guy who had the gun. As soon as we saw him leave in their cars, we just wanted to leave. We didn’t know if they were going to come back. We just wanted to get out of there."

Rogers police say this isn't their first encounter with Almaraz, but they are just glad that the situation wasn't worse.

"To me, one of the most horrific things about it is of course that it did occur in a big public area in a parking lot," said Rogers Police Officer Keith Foster. "And this is a popular restaurant. Lots of people go there. Families, kids, so you know that real potential for a much worse scenario to have happened than what did."

The victim who was shot drove himself to Mercy Hospital down the street, and police say he's expected to be okay.

Police said Almaraz was captured in Haltom City, Texas, on Thursday and is awaiting extradition.