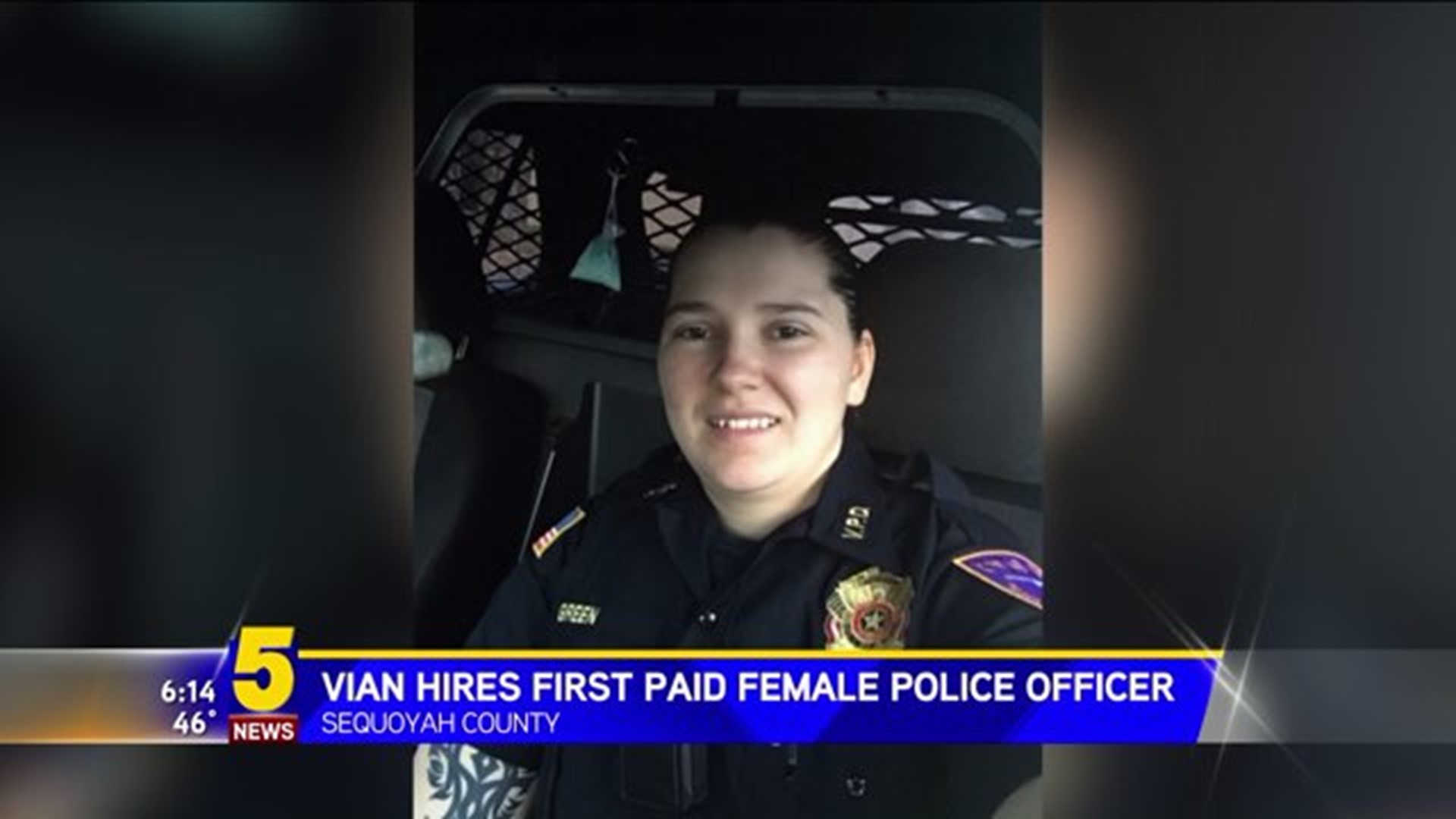 VIAN (KFSM) -- The small town of Vian has hired it's first paid female police officer. Officer Lindsey Green came to the department after working in law enforcement in Adair County.

"I was working at Adair County Sheriff's Office for maybe a year and a half and after the sheriff's election, we lost. So, I was looking for a new job. So, I went to Vian and they hired me up there," Green said. "It's an honor. You know? I really don't look at it as a big deal for the fact, you know most towns do have female police officers, but I guess Vian has never had one."

Green is also a volunteer firefighter and helps out on a dairy farm in Adair County.

"I don't get treated any different than the guys basically. We're all one team," Green said. "We all have the same mission, go home at night and protect what we can."

Green is 23-years-old and is already an inspiration to her community. She has a message to other women who may want to enter into law enforcement.

"It's kind of neat. You know, to get an opportunity to show what we can do, that we can do the same thing a man can do," Green said. "Don't be intimidated by it. Take life by the horns and go."