BENTON COUNTY (KFSM) — A group of veterans returned home on Wednesday (April 19) after a trip to Washington D.C. About 68 veterans flew into XNA after spe... 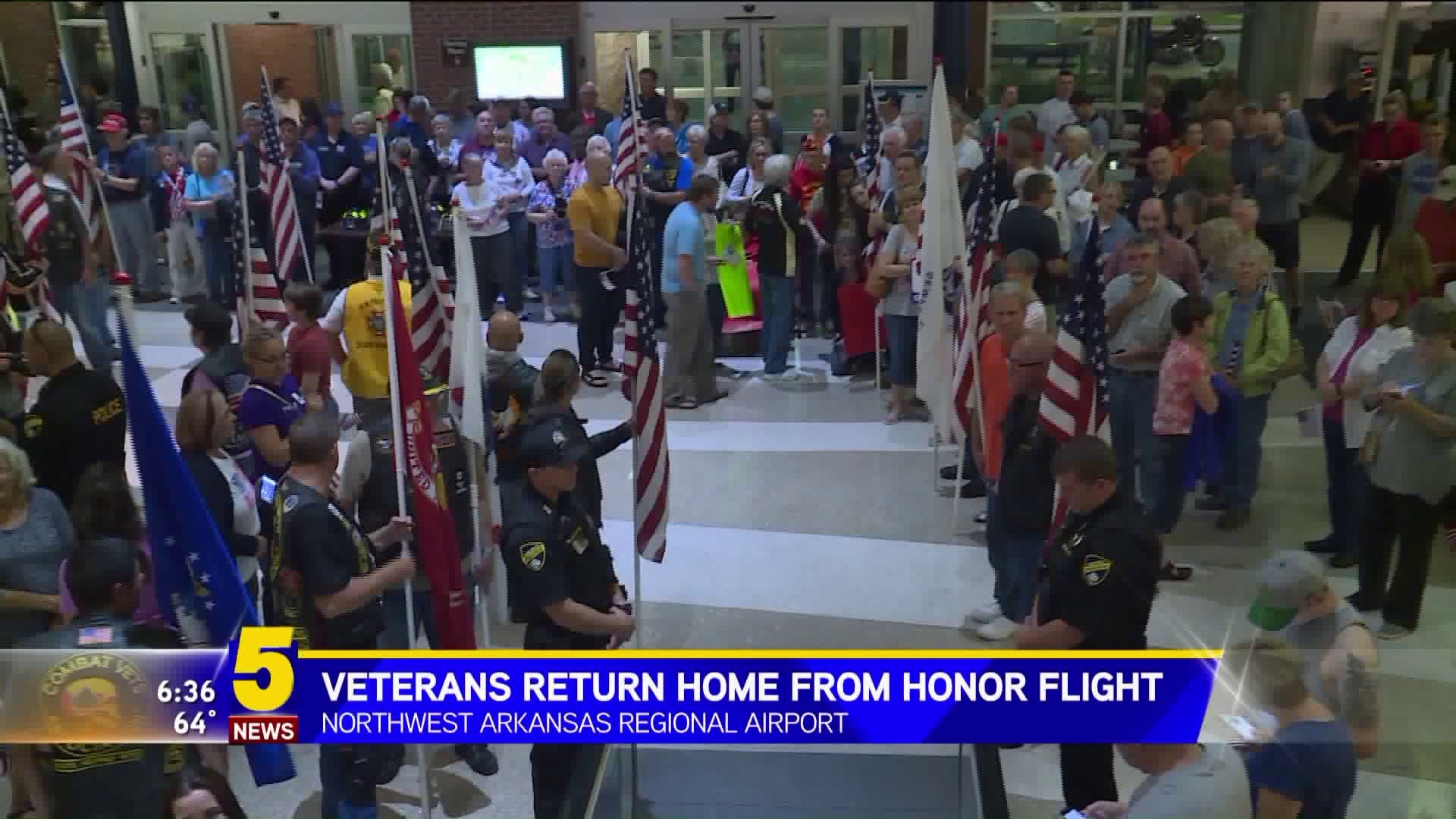 BENTON COUNTY (KFSM) -- A group of veterans returned home on Wednesday (April 19) after a trip to Washington D.C.

About 68 veterans flew into XNA after spending the day looking at the memorials meant for them and their fallen brothers.

This is all part of the O&A Honor Flight that consists of veterans from World War II, the Korean War and the Vietnam War.

Crowds of people anxiously waited in the lobby of the airport for the veterans to make it home.

Among them was Sue Trimble who waited for her husband.

She said he served in the Vietnam War and for years she did not think he received the respect he deserved.

"Now to see them honored and see them praised for what they did do, and how they served and its such a pleasure to know that people are just now recognizing and saluting other brother Vietnam veterans," said Trimble.

John Barr served as a paratrooper in World War II.

He said he has been to the monuments before this trip.

Barr described them as overwhelming and overdone.

He still appreciates what stands in the nation's capital and said this country is the best that ever was and ever will be.

'We've got something to be proud of," Barr said. "I was thrilled to be there, I was glad to serve because it needed to be done."

Other veterans like Edward Schreck had never seen the monuments before the honor flight.

Schreck explained this trip gave him a chance to let go of pent up feelings.

This was also the first time he has been on the other side of the welcoming party.

He explains he has been apart of that group in other occasions but it was completely different to be lowered into the crowd while on the escalator.