BENTONVILLE (KFSM) — A local veteran passed away just a few days before Independence Day at the age of 86 after fighting Alzheimer’s for 20 years. R... 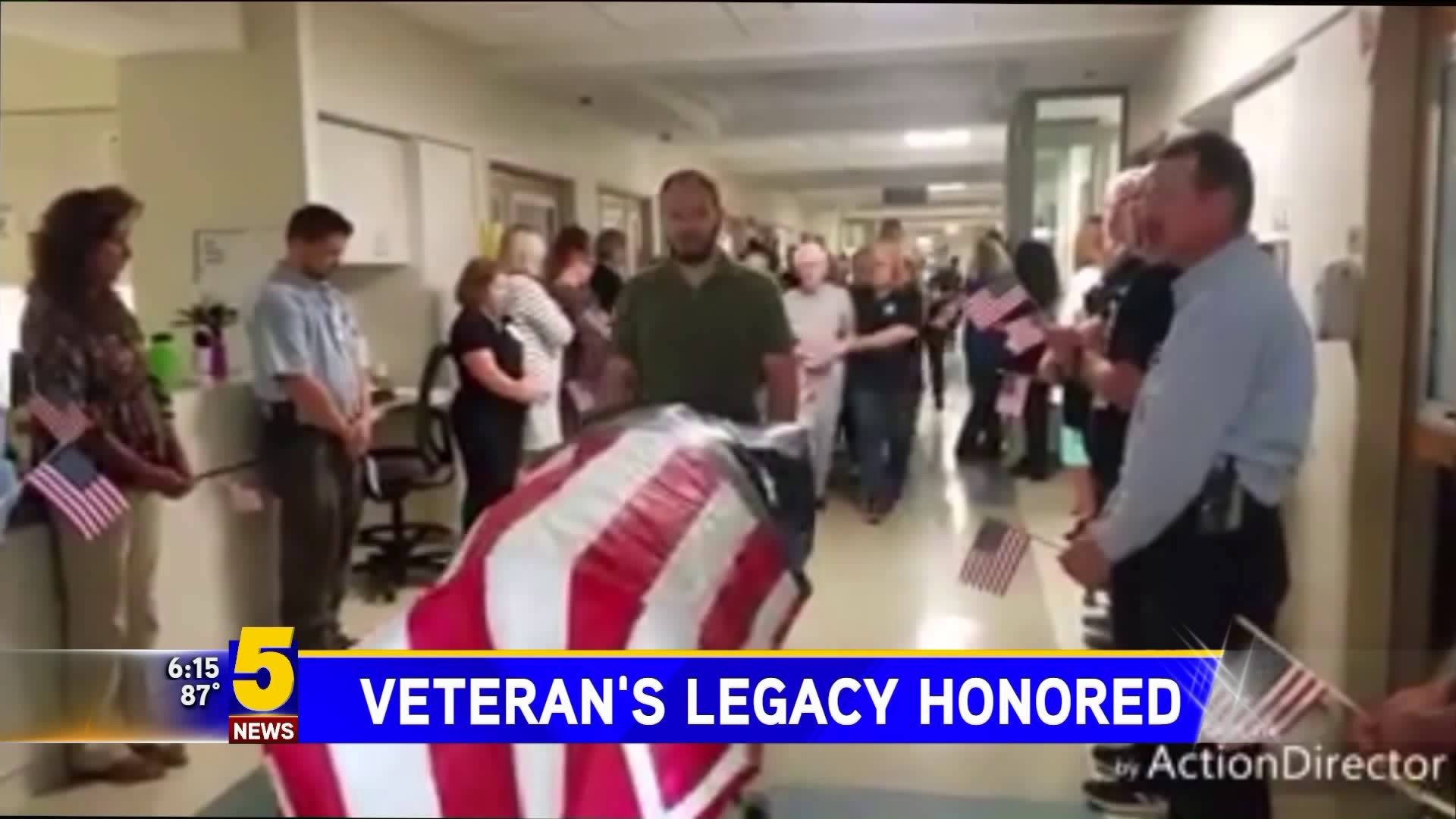 BENTONVILLE (KFSM) -- A local veteran passed away just a few days before Independence Day at the age of 86 after fighting Alzheimer's for 20 years.

Robert Lee Smith served his country as a member of the U.S. Air Force in the Korean War during the 1950s.  Smith's daughter remembers while growing up how proud their dad was to be a Veteran.  They said he would always wear his Air Force hat proudly around town and even sometimes at their house.

Smith was married for 64 years to Dorothy Smith who says, "He was the best husband."

The American hero spent his last week at Mercy Hospital in Rogers, Arkansas, where along with the family,  the hospital had a moment of celebration for his life.

Mercy Hospital recognized Smith on July 1 shortly after he passed.  The hospital made an announcement over the speaker that a hero had fallen and they would have an honor walk to celebrate his life.  The family was touched as they walked down with their loved one covered by an American flag and passed people waving flags with a hand over their heart.

The hospital began a program honoring veterans in early April and has taken care of over one hundred veterans since.

The family remembers Smith as a fighter.  He did take his last breath until he had seen every single member of his family.  When the last family member arrived, he had just enough strength to say "love."

The memorial service honoring Robert Lee Smith will be held Saturday at 11:00 am at Bethlehem Baptist Church in Gravette.  The family asks in donations are made to honor his life they go to the Alzheimers Association.